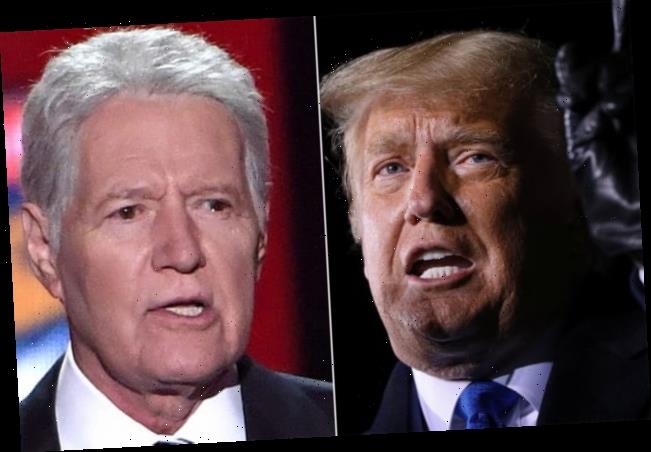 We’ll take “nightmare scenarios that could only take place in the hellscape that is 2020 for $1,000,” Alex!

As you’ve no doubt heard by now, the year that just won’t give it a rest dealt us another crushing blow earlier this week with the passing of beloved Jeopardy host Alex Trebek.

Trebek was far more than just a TV personality, of course.

He was a beloved icon, and he may have done more than any person in modern history to make knowledge of the world seem cool.

The news of Trebek’s death came just one day after media outlets began declaring Joe Biden the winner of the 2020 presidential election.

And what do those two developments have to do with one another?

Well, in a perfect world, they would have no connection at all.

But in the computer simulation run by a mentally ill sadist (Elon Musk) that is 2020, the election and Trebek’s death might wind up becoming intertwined in the most horrific way imaginable.

According to a new report from the New York Post, Vegas oddsmakers are already taking bets as to who might replace Alex behind the podium.

Clocking in at number 30 on one bookie’s list of likely candidates is none other than Donald John Trump.

But hear us out on this one:

The timing is perfect, as Trump is very soon to be out of a job, and from what we hear, he could really use the cash.

Plus, listening to him try and pronounce the names of all those foreign countries and world leaders would add an element of comic relief to the show.

As for who might actually replace Trebek, the most likely candidate is, of course, all-time winnings leader Ken Jennings, who was recently hired as a Jeopardy consultant and brand ambassador.

The Post piece claims that Good Morning America host George Stephanopolous has been campaigning for the job, and other candidates include Piers Morgan, LeVar Burton, Neil deGrasse Tyson, and Joe Rogan.

While that last option would certainly bring in a younger audience, contestants might tire of being asked if they’ve ever done DMT during the introduction portion of the show.

We think Alec Baldwin or Bryan Williams would make suitable replacements, but oddsmakers claim Jennings already has it locked up

“It will be Ken Jennings – no question,” stats analyzer Sean Moore tweeted this week. “He was brought on board as a consultant and I’m sure he will be new host.”

“We all know it’s going to be Ken,” added another commentator, Kyle Stevens.

“The rest of the names are just there for entertainment.”

There’s no word yet on when Trebek’s replacement will be announced, but Jeopardy is currently airing his final episodes as host, with the very last set to debut on Christmas Day.

As our favorite unemployed senior citizen might say, the ratings are sure to be yuuuuge!