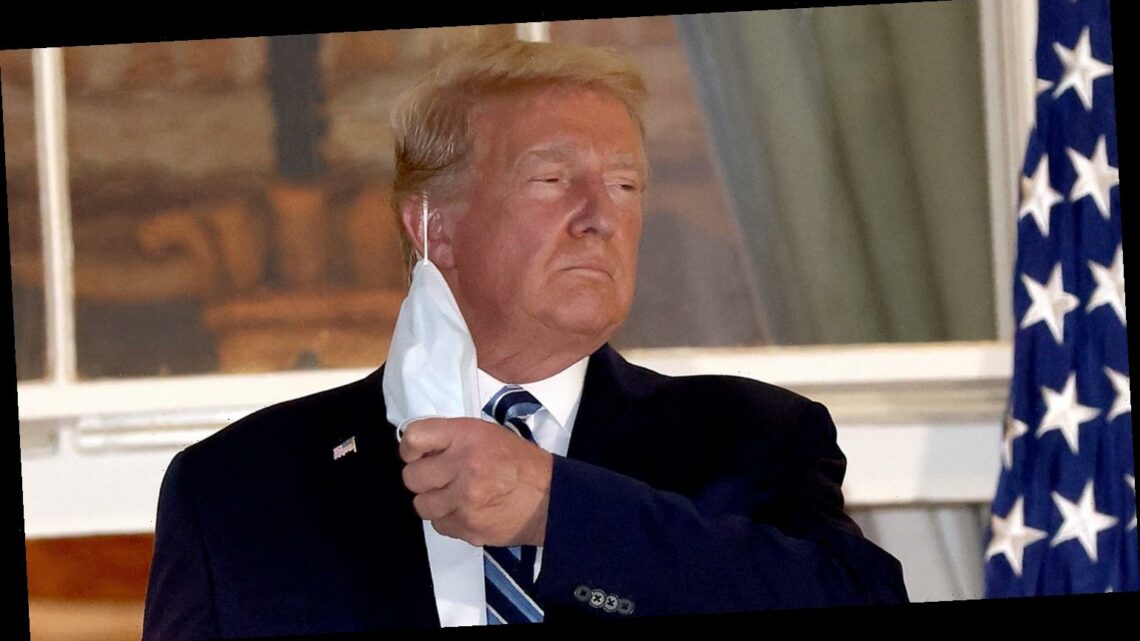 Donald Trump, the President of the United States, has arrived back at the White House after leaving the hospital, just three days after he was admitted amid his battle with coronavirus.

The 74-year-old former reality star removed his mask for a photo op while arriving back home at the White House on Monday evening (October 5) in Washington, D.C.

Political reporters are saying that the Trump administration is acting like the president has recovered from the virus, but he is most likely still shedding the virus and could infect people who get too close to him.

Earlier in the day, Trump tweeted, “Don’t be afraid of Covid. Don’t let it dominate your life.” A beloved celebrity has slammed the president for this message.

On Sunday, Trump baffled everyone when he left his quarantine to drive by his supporters outside Walter Reed Medical Center in Maryland. It has been noted that he put all the Secret Service agents in that car in danger.

Despite Trump removing his mask for his photo op, please remember that wearing masks while in public is so important right now!!!

The virus is absolutely no reason to put democracy on hold

10 Everyday H&M Pieces You Can Wear to Celebrate Halloween, Even If You're Staying Home
World News