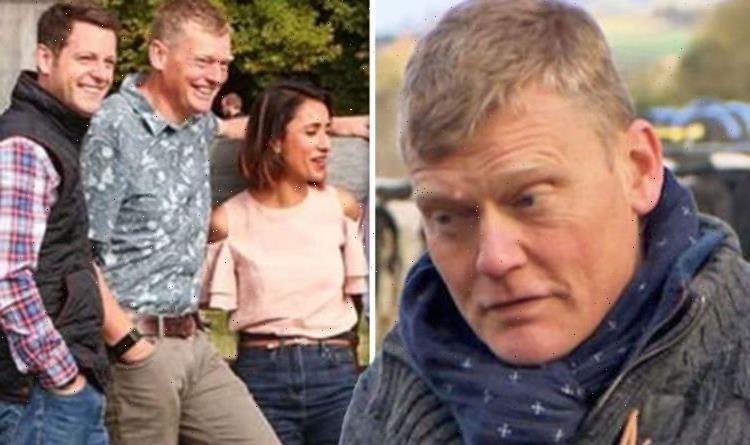 Countryfile presenter Tom Heap has addressed the programme’s Plant Britain campaign – an ambitious two-year project which aimed to get the nation to do their bit in a bid to fight climate change. The on-screen journalist has suggested that there is a reluctance to cover issues affecting the environment due to fears viewers may be “turned off”.

Tom, who presents BBC Radio’s climate change podcast 39 Ways To Save The Planet and recently released his book with the same name, has opened up about impartiality rules at the BBC.

The 55-year-old admitted that over the past few years he had been deliberately encouraging broadcasters to focus on the climate crisis but there were fears the issue was not mainstream enough to engage viewers.

But the presenter explained that campaigns such as Countryfile’s Plant Britain have changed the trajectory of programming at the BBC.

“Over the last three or four years at least, I’ve been encouraging bosses to do a little bit more in this space,” Tom explained.

“I do encourage them to do more on Countryfile and volunteer more ideas that I think will work for the programme and that it’s not all doom and gloom.”

He continued: “I take a very small proportion of the credit for this Plant Britain campaign that Countryfile has been running for the past year and a half.

“I think they were looking for a way to try to find better programming they could do in this space and better encouragement.

“It’s difficult for the BBC to do campaigns as they have got to stay within impartiality rules.”

Countryfile’s Plant Britain launched last year with the aim to get the nation to plant 750,000 trees.

Addressing the campaign, he said: “I think Plant Britain is a good way of doing this because it enables us to talk about the issues to do with climate change.

“In the last two years, the programme has been more like a lot of media, that the moment you mention climate change people are going to switch off.

“It’s not that they were denying it, it’s just that they thought let’s not put it in the shop window because it’s a bit of a turn-off. Therefore they were reluctant to go mainstream on climate change.”

Tom has since noticed a change in viewers’ appetite with a focus on the climate crisis.

“There’s something about climate change which has made people all of suddenly realise there’s a big audience out there who really care about environmental changes and we shouldn’t necessarily run scared from this kind of stuff,” he commented.

“We should include it in our programme. Countryfile has been a part of that change in saying where it’s right and editorially relevant let’s make this front and centre.”

Tom has since released his new informative book which identifies the positive solutions being used to tackle the climate crisis.

His book 39 Ways to Save The Planet covers logical solutions that are making our planet greener each day.

Tom explained that while the perils of climate change are crucial to be aware of, it’s equally important that the public are aware of the positive progress that is being made by different people and sectors throughout the world.

“Tackling climate change essentially means changing the way society and our economy works, so that it is not dependent on burning fossil fuels which is what it really has been pinned on for the last hundreds of years,” he commented.

“There is more than one narrative that needs to be articulated.”

Countryfile airs tonight on BBC One at 6.20pm.

The Film Awards Season Is In Full Swing. So Let The Customers Join The Fun.
World News