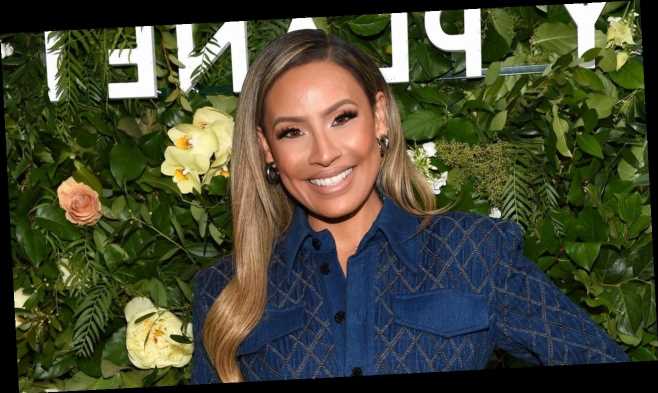 Desi Perkins is officially a mom! The beauty vlogger gave birth to her first child with her husband, Steven Perkins, on Tuesday, she announced on social media.

“My whole world,” she wrote on her Instagram story on Tuesday night, alongside a photo of her newborn’s tiny hand on her chest.

Desi, 33, has been candid about her journey when it comes to having a child. She suffered a miscarriage in 2013, and announced she was pregnant in May after undergoing in vitro fertilization. 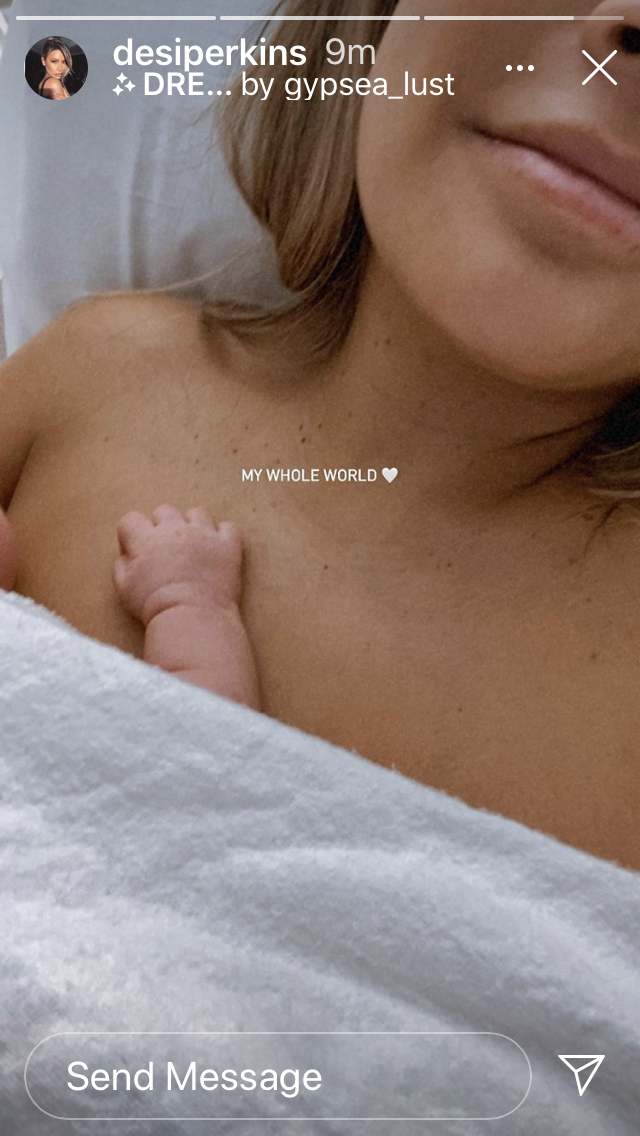 Prior to the happy news, Desi and Steven — who have been married since 2012 — gave an inside look at their fertility struggles and attempt to get pregnant on her YouTube channel, The Perkins. When ET spoke with her in May, she talked about the response she received.

“The minute I did, so many women came forward and talked to me about their stories, which was so comforting and I realized I’m not alone,” she said. “And a lot of us feel alone during these situations — it was such a beautiful thing. I’ve never felt so light after sharing it all.”

She also told ET that it’s her dream to be a mother.

“I have three brothers and I helped my mom with them,” she explained. “And seeing how they’ve grown up and the things they took after me, even think I taught them, it’s so special to really help mold somebody and just [have this] unconditional love that I have for them. I can’t imagine what it’s going to be like when I have my own child and get to do that with them.”

Watch the video below for more.

Desi Perkins Gets Candid About Fertility Journey and Motherhood (Exclusive)

Irina Shayk Brightens Up the Streets While Out in NYC!
World News