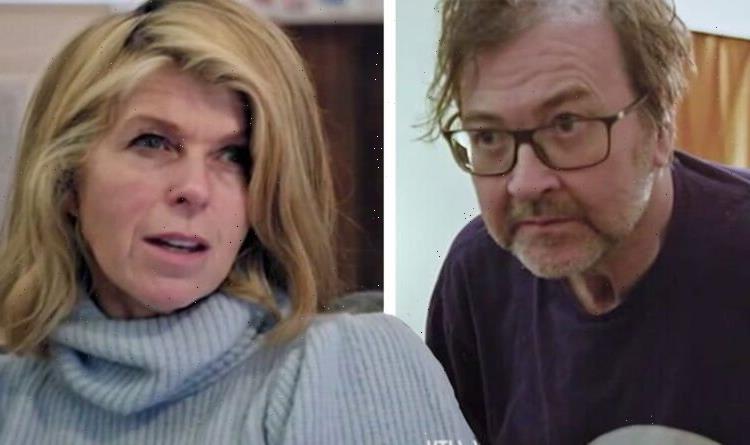 Kate Garraway, 54, left fans in awe on Tuesday evening after her latest documentary with ITV hit our screens. Caring for Derek saw the Good Morning Britain presenter open up about the aftermath of his on-gong and ruthless battle with Covid, after he returned home last year under 24-hour care.

Almost two years after falling ill, he is still dealing with the long-term impact.

Despite being at home, he still sleeps between 16 and 20 hours a day and has been described as mostly “locked-in” his own body, unable to express himself clearly.

In the hour-long programme, a doctor told Kate that Derek’s “thoughts are not lost” and she was overcome with relief.

“That’s amazing to hear,” she smiled.

“That makes me feel quite emotional,” as she confirmed that it’s a case of “getting him out”.

Kate also revealed that the pair had had a conversation about him being put into a home if anything ever happened.

“‘Give me loads of drugs so I’m happy and leave me there.'”

But deep down she knew he never meant it.

“I’d always say, ‘You don’t mean that, I know you don’t actually mean that.

But Kate sighed as she pointed out dementia is very different to what Derek is currently up against.

“This isn’t something where he has a diagnosis of a terminal illness, or a condition that’s going to accelerate.

“This is a one-off event that nobody understands.”

Ahead of the programme, The Sun revealed that the couple had travelled 11,000 miles to Mexico for pioneering treatment, after being contacted by a US doctor.

According to the newspaper, Kate said: “It took weeks and weeks of planning, and when I told Derek about this place he was excited.

“He is just so desperate to get better – he will do anything he can to make that happen.”

She added: “I think actually there’s a huge amount of hope for him to improve. I think the treatment could be positive.

“I want to be slightly careful about saying too much, because I’m aware everybody will go, ‘What is the trial?’

“I’m just so desperate to be able to give a happy ending — for Derek mainly, but also for everybody who asks me every day how he’s getting on.”