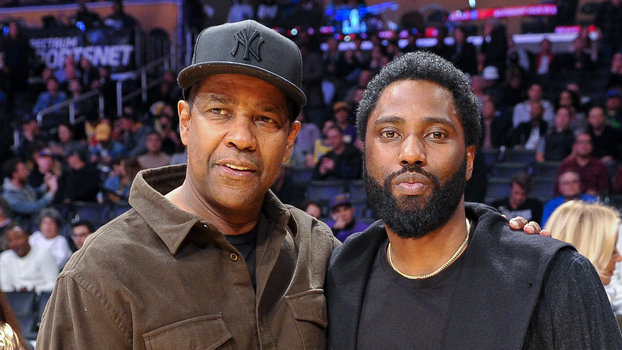 John David Washington, the oldest son of Denzel and wife (of 35 years!) Pauletta, was just nominated for his first major acting award with a Golden Globe nomination for Best Performance by an Actor in a Motion Picture – Drama.

The 34-year-old recently starred in Spike Lee’s BlacKkKlansman alongside fellow nominee Adam Driver. Lee, too, received a nomination for Best Director and the film itself was nominated for Best Motion Picture – Drama.

“Thank you, Hollywood Foreign Press Association, for this incredible honor and for your support of BlacKkKlansman,” John David said in a statement made following his nomination on Thursday. “My deepest appreciation to the legendary Spike Lee — we stand on your shoulders, sir. Thank you to the most talented group of actors and the crew, and to Focus Features for their unwavering support. Most importantly — Ron Stallworth, you’re a hero. Thank you for allowing me to tell your story on screen. This is a surreal moment, wow. Thank you.”

Denzel, 63, has won three Golden Globes throughout his storied career, as well as two Oscars.

RELATED: The 2019 Golden Globes Nominations Are Finally Out and They’re Full of Surprises

Prior to his decision to follow in his father’s legendary footsteps, John David spent six years as a professional running back, playing for the United Football League and the NFL.

What can we say, the Washingtons are an impressive brood.

What You Need to Know Before Trying CrossFit