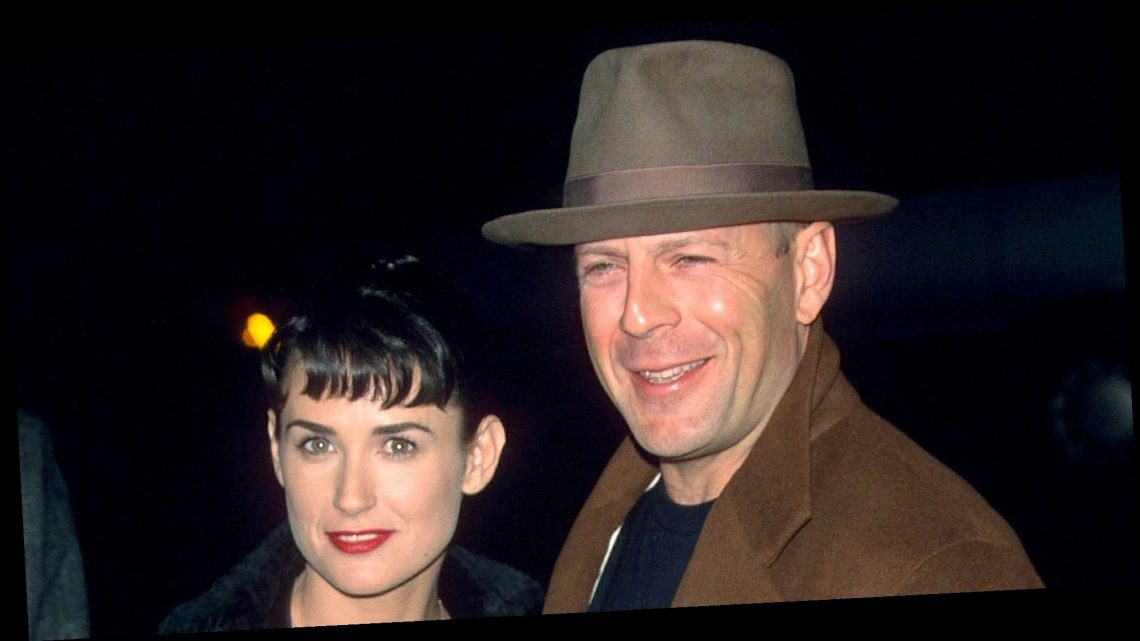 Demi Moore and Bruce Willis' Amicable Relationship Through the Years

Keeping it cordial! Demi Moore and Bruce Willis have managed to stay close after ending their marriage in 2000 — and their friendly relationship is the definition of coparenting goals.

The Die Hard star and Moore tied the knot in 1987 after meeting at the premiere for the buddy cop film Stakeout, which starred Moore’s then-fiancé Emilio Estevez. The Ghost star was previously married to singer Freddy Moore from 1981 to 1985. After their wedding, Willis and Demi welcomed three daughters: Rumer in 1988, Scout in 1991, and Tallulah in 1994.

The former couple announced their separation in June 1998 and filed for divorce two years later. When they submitted their paperwork in October 2000, their divorce was finalized the same day. Later that year, Willis admitted that he didn’t know exactly what went wrong in their marriage.

“I still love Demi. We’re very close,” the Unbreakable actor explained to Rolling Stone. “We have three children whom we will continue to raise together, and we’re probably as close now as we ever were. We realize we have a lifelong commitment to our kids. Our friendship continues. The institution has been set aside … It’s difficult to live your life and marriage under a magnifying glass, which is what happens to movie star couples.”

While the exes may have experienced their ups and downs during their romantic relationship, their children were impressed with the way they’ve been able to stay a tight-knit family after the split.

“I’m so thankful and grateful that my parents made such an effort at that time,” Rumer revealed to Larry King in March 2015 after both her parents had remarried. Bruce exchanged vows with model Emma Heming in March 2009 and Demi was married to Ashton Kutcher from 2005 to 2013. “They always made an effort to do all of the family events still together and made such an effort to still have our family be as one unit, as opposed to two separate things, which I think really made an impact.”

Bruce and Demi raised eyebrows in April 2020 when fans discovered that they were quarantined with each other and their daughters amid the global coronavirus outbreak. Tallulah shared a photo of the family posed in matching green pajamas and revealed that they had been staying together “for 27 days taking every precaution” to stay safe and healthy during the crisis.

Scroll down to see more of Demi and Bruce’s amicable post-split relationship through the years!

While my wife was on her deathbed last year her sister saw me kiss her best friend… how soon is it OK to move on? – The Sun
World News