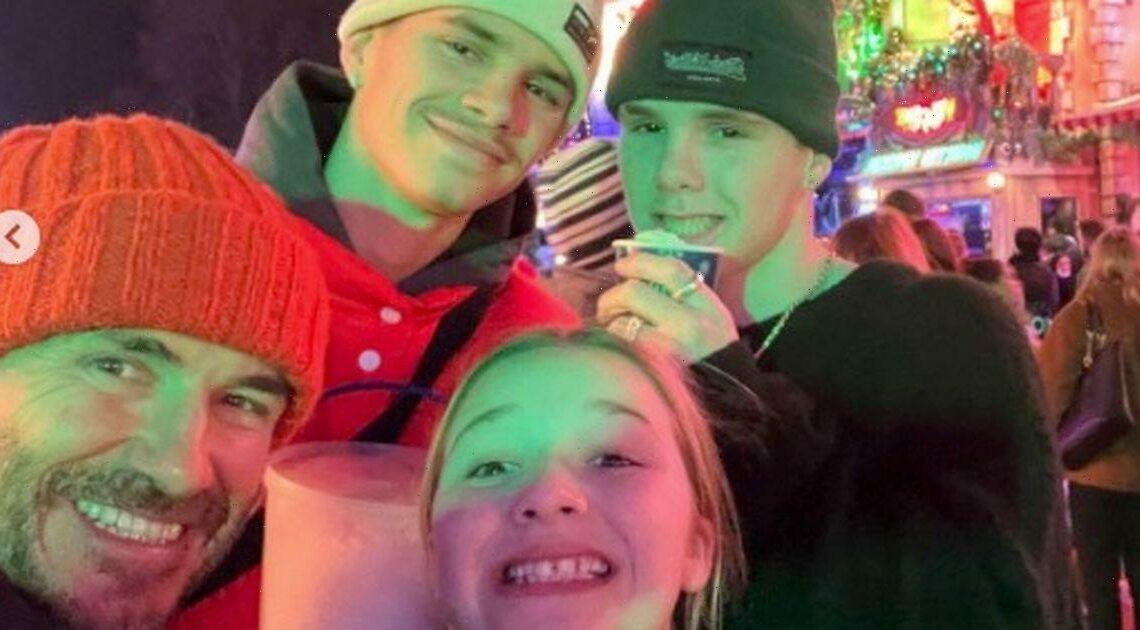 It was nothing but festive fun for David Beckham and his brood as he treated them to an evening at Winter Wonderland.

In a post shared to his Instagram page on Monday 13 December, the former professional footballer shared a hilarious clip of his 10 year old daughter Harper screaming on a ride as he giggled at her terrified reaction.

"Oh my gosh!" the youngster could be heard screaming in terror as the ride was in full swing, while David, who recently wore a Spice World Christmas jumper, allowed her to hold on to him for extra comfort and support.

David's sons Romeo, 19, and Cruz, 16, were also in attendance as the 46 year old shared a sweet family snap of them smiling for the camera. While Victoria was not in attendance, David's fans praised the family's "normal" outing while others couldn't believe they were at Winter Wonderland.

Another wrote: "Imagine going to winter wonderland and bumping into David."

A third added: "When you wish you'd decided to have a random Monday night at winter wonderland."

"Imagine walking through winter wonderland and spotting the beckhams!!!!!" someone else commented.

The sweet relationship with David and his daughter Harper soured slightly when she bit him after he tickled her – leaving him with a bloody nose.

David showed the injury as he grimaced for the camera.

"Note to self," David captioned over the top of the snap. "When tickling your daughter, don't put your nose near her mouth."

The sports pundit clearly saw the funny side of their rough and tumble mishap as he finished off the text with a wincing laughter emoji. The family recently were in full celebration mode for the wedding of David's father Ted in London's law district of Temple on Saturday 11 December.

Ted, 73, exchanged vows with 62 year old millionaire solicitor Hilary Meredith during an intimate ceremony with all their family in attendance.

David reportedly served as best man during his father and was seen looking dapper as he sported a white corsage on the lapel of his dark suit while arriving at the venue with his dad.

Who is Liam from MasterChef: The Professionals?