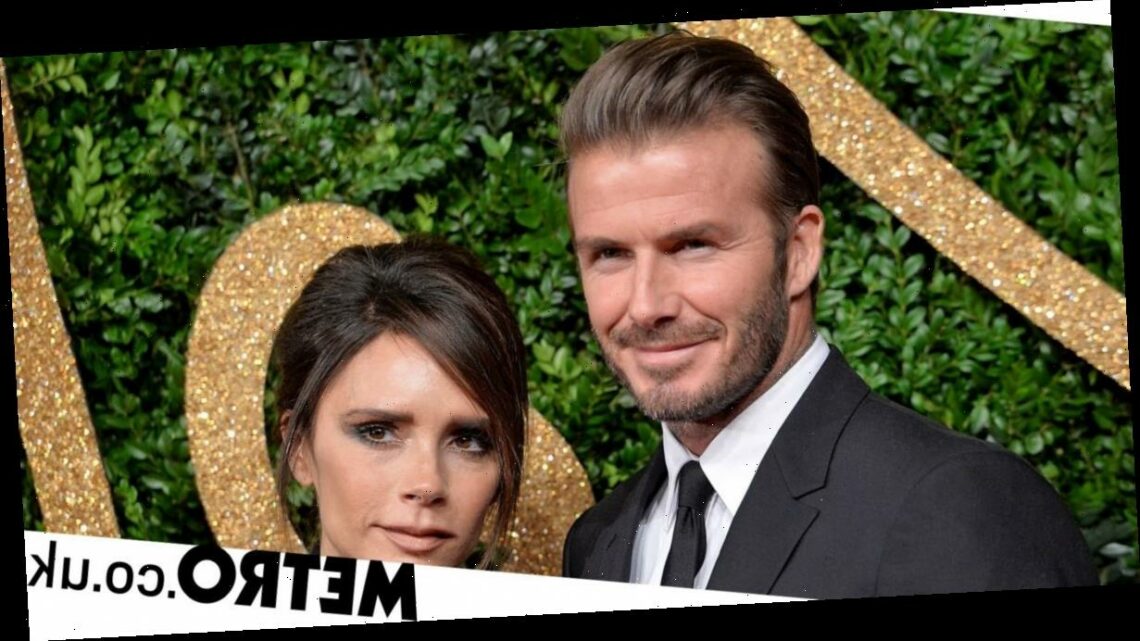 David and Victoria Beckham reportedly believe they had coronavirus in March and fear they could have been ‘super-spreaders’.

The power couple are said to have ‘fallen ill’ in March just weeks before the coronavirus lockdown was imposed.

During this time, the pair attended several public events with their children Brooklyn, Romeo, Cruz and Harper.

A source told The Sun that it was an ‘absolute nightmare scenario’, adding: ‘David was on duty for his club Inter Miami, and Victoria and the family flew down to support him.

‘They attended a couple of swanky networking events as David had promotional duties, and were shaking hands and kissing fans and various club dignitaries.

‘They then flew back to London, and were whisked straight to their Cotswolds mansion.’

According to the insider, David ‘started to feel ill’ while Victoria ‘developed a sore throat and high temperature’.

Members of their team, including bodyguards, drivers and assistants, are also said to have fallen ill at the time with some ‘very badly so’.

The source claimed: ‘Victoria really panicked and made the whole family quarantine rigidly for more than two weeks.

‘She was utterly petrified they might be super-spreaders, and did all she could to minimise all future risk.

‘Not only was she poorly in bed, she was also completely panicked. It was a rough few weeks.’

They also hosted their eldest son Brooklyn’s 21st birthday at their Cotswolds home on March 4 where Stormzy performed.

During that month, they interacted with celebrity pals including Emma Bunton, Eva Longoria and Liv Tyler.

The Beckhams have been embroiled in controversy during the coronavirus pandemic with Victoria coming under fire for initially deciding to furlough employees at her fashion brand due to poor sales.

After receiving backlash, the former Spice Girls star did a u-turn before later making several members of staff redundant.

However, it’s also been a time for celebration with Brooklyn getting engaged to girlfriend Nicola Peltz and son Romeo turning 18 last weekend.

Metro.co.uk contacted the Beckhams’ rep who declined to comment.