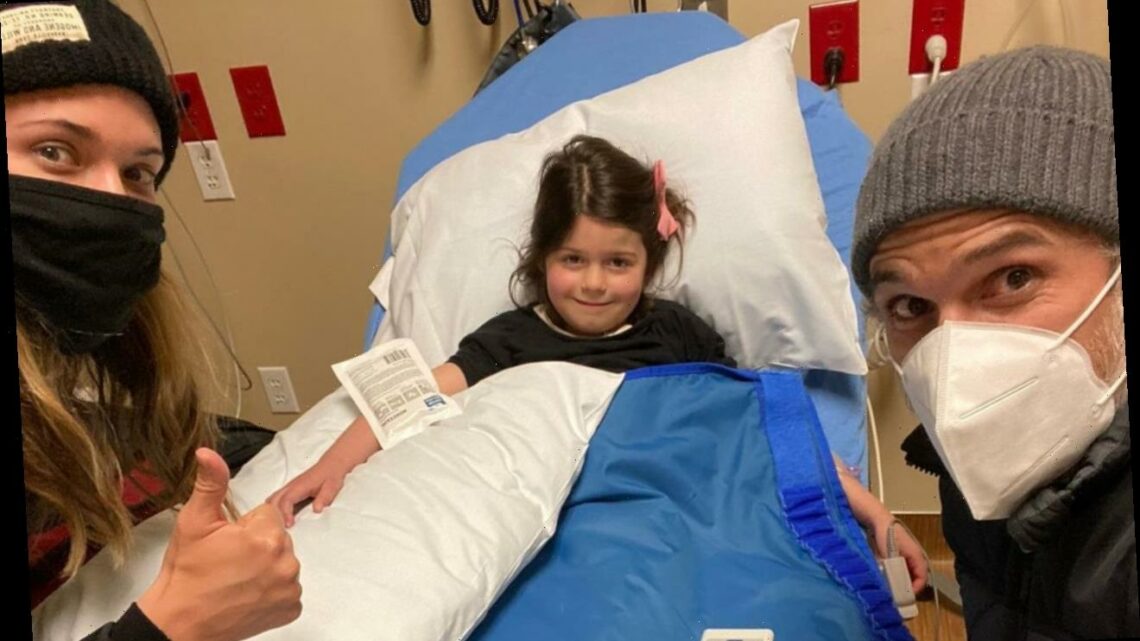 Sharing photos of his five-year-old’s injury, the ‘Brothers and Sisters’ actor unashamedly confesses that he ‘could use a scotch, some hair dye and another adult diaper.’

AceShowbiz -Actor Dave Annable was an emotional wreck after his daughter was hospitalised with a broken arm.

The “Brothers & Sisters” star took to Instagram on Friday, February 12 to share a photo of himself and his wife, Odette Annable (Odette Yustman), by their girl Charlie’s bedside, as the five-year-old smiled while her left arm was propped up on a pillow.

He also posted X-ray scans of her injury, and in the accompanying caption, Dave admitted that while Odette and Charlie muscled through the hospital visit, he was a mess.

“I remember someone once saying to Odie and I right before we were about to have Charlie that we are about to experience at least 30% more on either side of the emotions scale when you have a child. Turns out 30% is closer to 80%,” he wrote in the caption.

“Experienced quite a bit of both yesterday,” Dave explained. “I know this thing can function as a ‘journal’ as well. In that case, Charlie Mae and Mommy, the strength both of you showed yesterday is unmatched.”

“Patient and mommy are doing great,” he added, before quipping, “Daddy on the other hand could use a scotch, some hair dye and another adult diaper.”

Dave and Odette, who tied the knot in 2010, announced their separation in 2009 only to reunite months later in August 2020. In October of the same year, they celebrated 10 year anniversary of their marriage. “10 YEARS. To my old man @dave_annable. I am so incredibly grateful that I chose you 10 years ago and even more grateful that you are still standing by my side,” the “Supergirl” star wrote on Instagram at the time.

Now it’s been revealed you’ve been using bin liners wrong, we reveal the correct way to do it