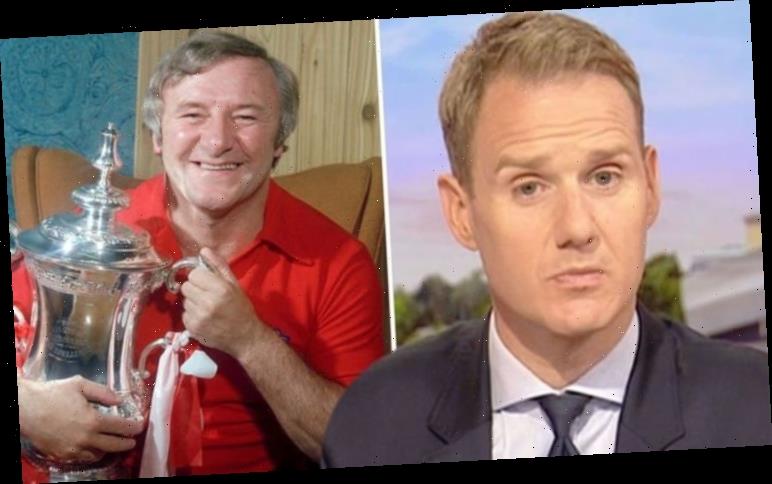 In his tribute, he shared a memory of Tommy in his earlier years as a reporter.

In view of his 673,000 Twitter followers, Dan wrote: “One of my first jobs was working on a football phone-in with Tommy Docherty & Malcolm Allison.

“The Doc was always kind & took great care of Malcolm.

“He was full of quips but behind the humour was a deep love and understanding of the game. 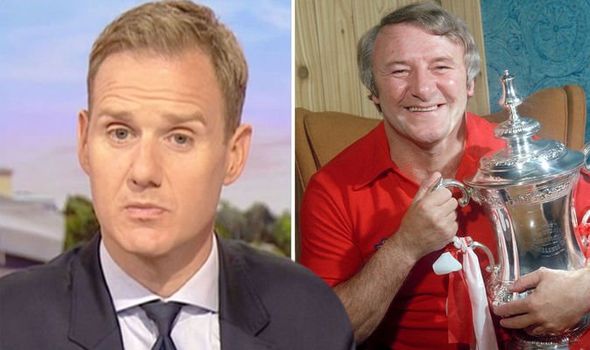 “My thoughts are with his family.”

Many of Dan’s flocked to his post to send their condolences, however one fan queried what first job he was referring to.

The Twitter user wrote: “By first job do you mean you made the tea, before you learnt to readout loud?”

Dan replied: “Your only reason for being on here seems to be to slag people off and insult them. 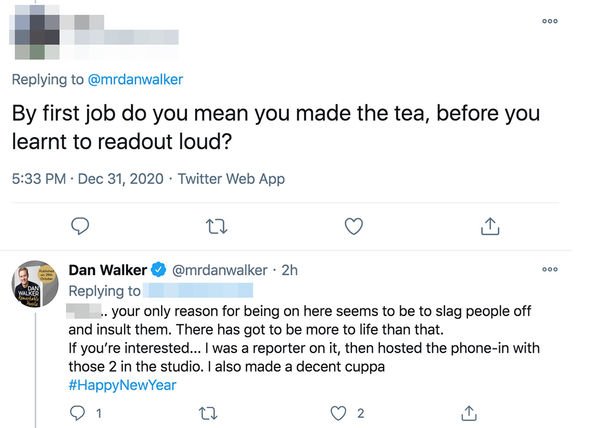 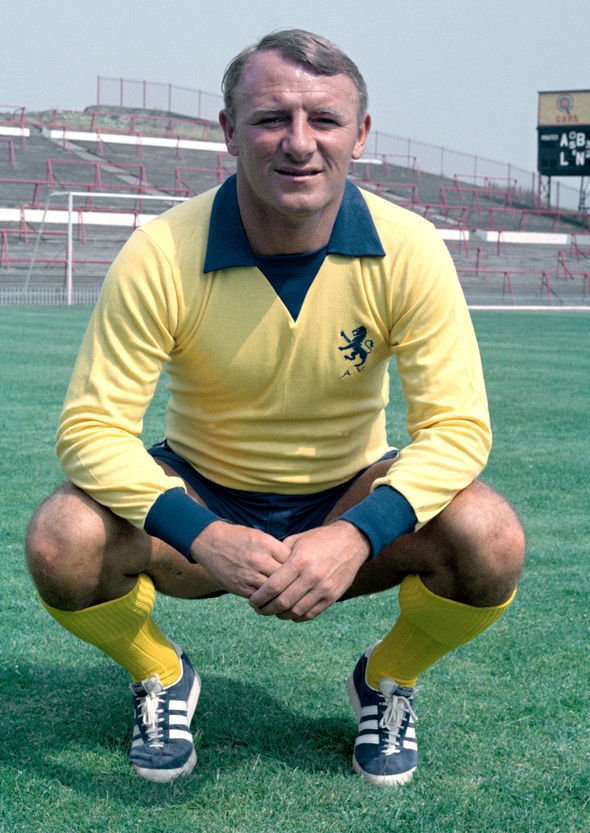 “There has got to be more to life than that.

“If you’re interested… I was a reporter on it, then hosted the phone-in with those 2 in the studio.

“I also made a decent cuppa #HappyNewYear.”

Tonight, Tommy’s family said in statement: “Tommy passed away peacefully surrounded by his family at home.

“He was a much-loved husband, father and papa and will be terribly missed.

“We ask that our privacy be respected at this time.”

The ex footballer was widely known as The Doc.

He died at home in the north west of England on 31 December.

He wrote: “One of the big characters and tv football figures in the 70’s and 80’s.

“Still can hear his voice as clear as Crystal. The Doc will never be forgotten.”

Former Liverpool captain Phil Thompson added: “So sad to hear of the passing of Tommy Docherty, what great company and full of wonderful stories RIP Doc.”

Busy Philipps Reveals 12-Year-Old Birdie Came Out As Gay – And Prefers To Use They/Them Pronouns!