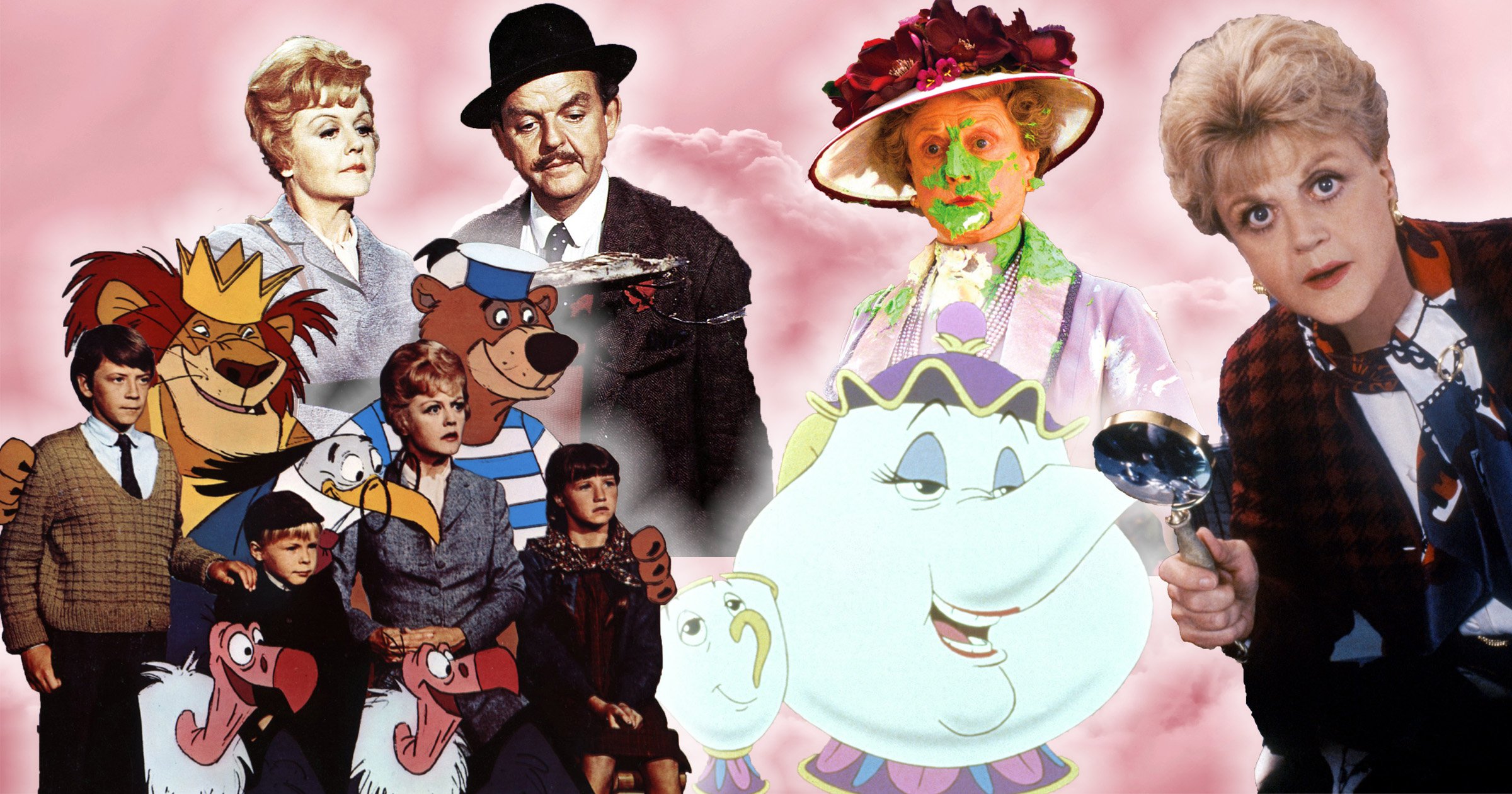 As the world mourns Dame Angela Lansbury, one of the last surviving actresses from the Golden Age of Hollywood, many have taken the time to remember her incredible career, which spanned an astonishing 80 years.

Born in London, Dame Angela moved to New York City in 1940, before making her way to Hollywood in 1942.

She became an instant star thanks to her incredible performances in her first movies, including Gaslight in 1944 and The Picture of Dorian Grey, which earned her two Oscar and one Golden Globe nominations.

Dame Angela went on to become an MGM icon, starring in 11 more films for the studio before her contract ended in 1952 when she became unhappy with the roles she was being cast in.

Her years with MGM saw her take on a variety of films including The Harvey Girls alongside Judy Garland in 1946, The Three Muskateers in 1948, and The Red Danube in 1949.

During the 50s, following the birth of her children, Dame Angela was cast in a series of smaller roles as a freelance actress, before starring as Minnie Littlejohn in The Long Hot Summer and as Mabel Claremont in The Reluctant Debutante, both released in 1958.

By the end of the 50s, Dame Angela status as an A-list actress was restored.

Then, Disney came calling for the first time, with Dame Angela starring as Eglantine Price in Bedknobs and Broomsticks, the 1972 movie that of course became a huge hit.

With the 1980s came the beginning of Murder, She Wrote, which saw Dame Angela star as Jessica Fletcher in one of her best known and best loved roles.

The series became wildly popular, with Dame Angela’s company going on to produce it. It ran for 12 series, ending 1996.

In 1991, Dame Angela took on one of her best known film roles, voicing Mrs Potts in Disney’s Beauty and the Beast.

She will make her final film appearance in Rian Johnson’s Glass Onion: A Knives Out Mystery.

Dame Angela was also an icon on stage, debuting on Broadway in Hotel Paradiso in 1957, and going on to appear in productions including A Taste of Honey in 1960, and Mame in 1966, which cemented her status as a Broadway legend, and earned her her first Tony Award.

She went on to appear in productions like Dear World in 1969, which landed her her second Tony Award.

In London’s West End, she performed in All Over in 1972, and Gypsy in 1973, which resulted in her third Tony Award, before appearing in Hamlet, The King and I, and Sweeney Todd, with Dame Angela receiving her fourth Tony Award.

During her astonishing career, Dame Angela achieved EGOT status, winning various Primetime Emmys, multiple Tony Awards, a Grammy for her performance of Beauty and the Beast, and an Academy Honorary Award for lifetime achievement.

On Tuesday, Dame Angela’s family confirmed news of her death, revealing it came just days before her 97th birthday.

‘The children of Dame Angela Lansbury are sad to announce that their mother died peacefully in her sleep at home in Los Angeles at 1:30 a.m. today, Tuesday, October 11, 2022, just five days shy of her 97th birthday,’ it read.

‘In addition to her three children, Anthony, Deirdre and David, she is survived by three grandchildren, Peter, Katherine and Ian, plus five great grandchildren and her brother, producer Edgar Lansbury.

‘She was proceeded in death by her husband of 53 years, Peter Shaw.’

The statement, shared via People Magazine, concluded: ‘A private family ceremony will be held at a date to be determined.’

Dame Angela’s cause of death has not been confirmed.

Stars were quick to pay tribute to the late actress on social media, sharing their fondest memories with her.

Who is Elon Musk's brother Kimbal? | The Sun
World News