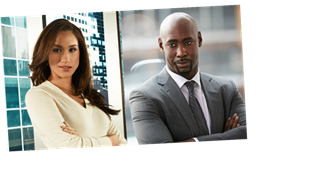 D.B. Woodside has nothing but praise and admiration for Meghan Markle.

The actor worked alongside the now Duchess of Sussex on Suits, where he portrayed Jeff Malone, Jessica Pearson’s (Gina Torres) boyfriend. ET’s Katie Krause spoke with Woodside on Friday, as he wrapped filming on Lucifer‘s sixth and final season, and touched on his former co-star’s recent news about experiencing racism while being a part of the royal family.

“I’m going to say this because this is one of those things that’s really, really made me angry. Meghan is one of the sweetest, nicest, most intelligent, thoughtful human beings that I have ever met in my life,” Woodside expressed. “Meghan went out of her way to always see how I was doing, to just talk to me when we didn’t have any scenes together, but we might just be on set at the same time. She is an amazing human being. And it bothers me so much what’s happening to her because I know that what they’re saying is untrue.”

Markle, as well as husband Prince Harry, have been in the headlines recently after their bombshell interview with Oprah Winfrey. The former actress was also accused of bullying former royal aides and making them cry. A spokesperson for Markle denied the claim in a statement to ET, calling it a “calculated smear campaign based on misleading and harmful misinformation.”

“It just seems to me, these people are really reaching for any little thing that they can reach for. And all I have to say is that she’s one of the most incredible human beings that I’ve ever had the pleasure of working with,” Woodside stated. “She’s incredibly smart and generous and kind and lovely and  thoughtful. I mean, I can go on and on and on. So I wish her nothing but the best. And I just hope people over in Britain, excuse my French, leave her the f**k alone.”

It’s been years since Woodside has been in contact with Markle — “I think the last time, it was one of the last times I was on set on Suits before she left — but he has nothing but fond memories of their brief time together.

“I remember it was in between takes and we were about to move into another scene or something,” he recalled about one of their last interactions on the Suits set. “And she was sitting, talking to Sarah [Rafferty] in Gabriel [Macht]’s office. And I came in, and then Sarah stepped out, and so Meghan and I were talking while they were setting up the next shot. I just can’t say enough nice things about her.”

Woodside, on his end, believes Markle will pull through and overcome any obstacle and rumor that comes her way.

Woodside, meanwhile, has just wrapped the sixth and final season of Lucifer and got the opportunity to direct his first episode for the show. Woodside directed the eighth episode in the sixth season and teased that it features the entire cast. “All episode [you’re] dealing with everyone’s personalities, everyone’s quirks from in front of the camera to behind the camera.”

“It was amazing. It’s something that I’ve wanted to do for a really long time,” he marveled. “What’s hard is when you can do something and you have a unique voice, as I believe I do, and I see things visually, it’s hard in the business that we’re in to have people that are pragmatic people, that need to be pragmatic, take a leap of faith. They know you as a certain entity and that’s what they’re comfortable with. And so it was a very heavy lift to get people to see me in a different way.”

“I just turned in my director’s cut and it’s been amazing,” he added. “It was challenging, it was difficult, but it was the most rewarding, enjoyable experience that I’ve ever had in my life.”

As for what’s next for him, he’s ready to “take a break.” “Honestly, I think sometimes it’s good for us artists to drop back,” he said. “There’s something that I’ve been working on as a writer. Something for me, which I’m putting it out there and hoping that I get a chance to direct the pilot of this new series for myself over on Amazon. So that’s what I’m hoping. But I’m going to take some time off  and develop that fully, dot all my I’s and T’s, and then go out with it.”

Lucifer 5B to premiere later this year on Netflix.