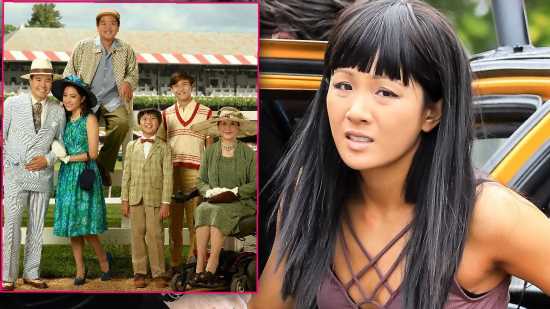 Constance Wu Upset Her Show Fresh Off Boat Was Renewed

Most stars are grateful to be assured of work, but Constance Wu seemed devastated after hearing the news that her ABC comedy Fresh Off the Boat was renewed for a sixth season!

As EW.com reported, on Friday, May 10, 2019, the sitcom actress bizarrely wrote on Twitter, “So upset right now that I’m literally crying. Ugh. F***.”

After a fan wrote to Wu, “Congrats on your renewal! Great news :),” The actress responded, “No it’s not,” then deleted that reply.

Follower furor erupted following Wu’s apparent lack of gratitude towards the TV show that follows a family adjusting to suburban Florida life after living in Chinatown.

But Wu responded later on Friday about her Twitter comments, “That was not a rampage, it was just how I normally talk. I say f*** a lot. I love the word. Y’all are making a lot of assumptions about what I was saying. And no, it’s not what it’s about. No it’s not..what this is all about. Stop assuming.”

Wu didn’t delete her earlier tweets but defended them by saying they were “on the heels of rough day & were ill timed (with) the news of the show.”

Under public pressure, Wu added, “(Please) know, I’m so grateful for FOTB renewal,” she posted. “I love the cast & crew. I’m proud to be a part of it.”

Is the star eager to move on with her movie career after the huge success of Crazy Rich Asians?

She plays a sexy stripper who teams up with JLo and Cardi B‘s characters to scam Wall Street clients.

Nordstrom's BIG Pre-Summer Sale Is Here, and These 19 Deals Should Be on Your Radar
World News