Home » Celebrities » Constance Wu Didn't Seem Happy With "Fresh Off The Boat" Getting Renewed, But She Says Her Tweets With Badly Timed 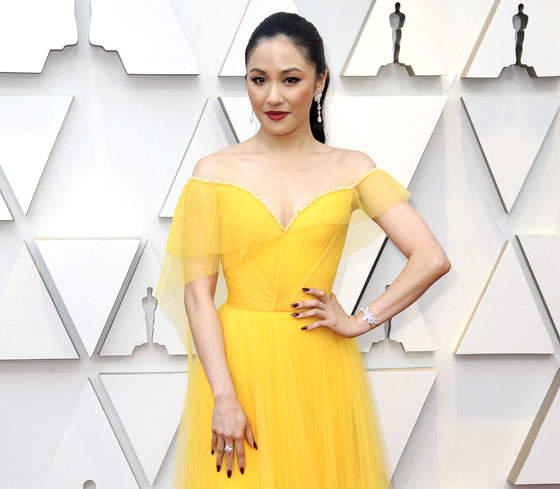 Constance Wu Didn't Seem Happy With "Fresh Off The Boat" Getting Renewed, But She Says Her Tweets With Badly Timed

Unless starring on her long-running, progressive sitcom for primetime TV pay is a contractually bound hell-pit of sexual harassment, working in studios without proper HVAC, and shitty craft service for Constance Wu, sounded ungrateful and not happy about ABC renewing her show Fresh Off The Boat for a sixth season. This is the reaction you save for when you’re Kanye West and you learn Keeping Up With The Kardashians has been renewed for its 666th season.

BuzzFeed reports that around the time it was announced that FOTB was renewed, Constance tweeted  and her reaction was sort of like when you find out that the dog has shit on the carpet. She got pretty actressy about it.

Wu made her feelings known in a series of messages on social media Friday, tweeting after the announcement, “So upset right now that I’m literally crying. Ugh. Fuck.”

What the hell is going on on the Boat to make her so upset? Are they taking on water? Sharks? Is Roseanne opening her crazy mouth again?

Constance sounded DONE with the show.

A fan then responded, “Congrats on your renewal! Great news :),” to which the actor replied, “No it’s not.”

ABC must have sent their PR department motoring over to Constance’s place with a lawyer riding in the sidecar because she later tweeted that she wasn’t referencing the renewal in her rage tweets.

She backed that lie up by also tweeting about her bad day.

Constance might be enraged because her flick Crazy Rich Asians did big money at the box office and scored 96% on Rotten Tomatoes and she wants to get on with her film career. She’s already signed on for the sequel but maybe she wants the freedom to score some Marvel money and her TV shooting schedule is effing with that. Who can blame her?

From Stones to Aguero, the 41mm that helped Man City pip Liverpool in Premier League's most thrilling title race

The Society season 2 Netflix release date: Will there be another series of The Society?
World News