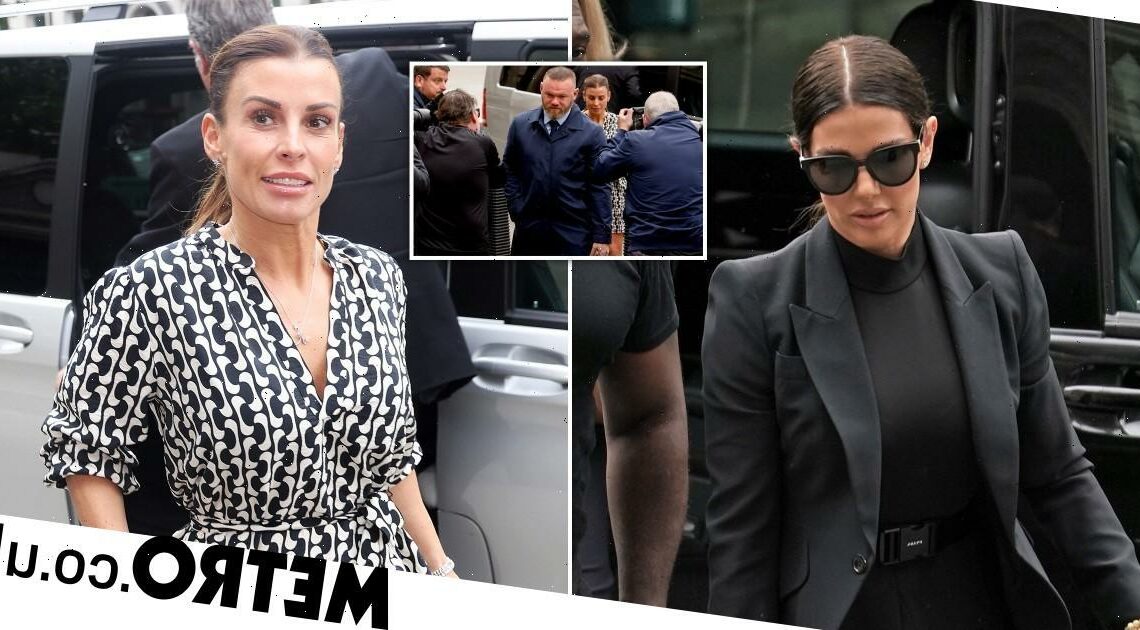 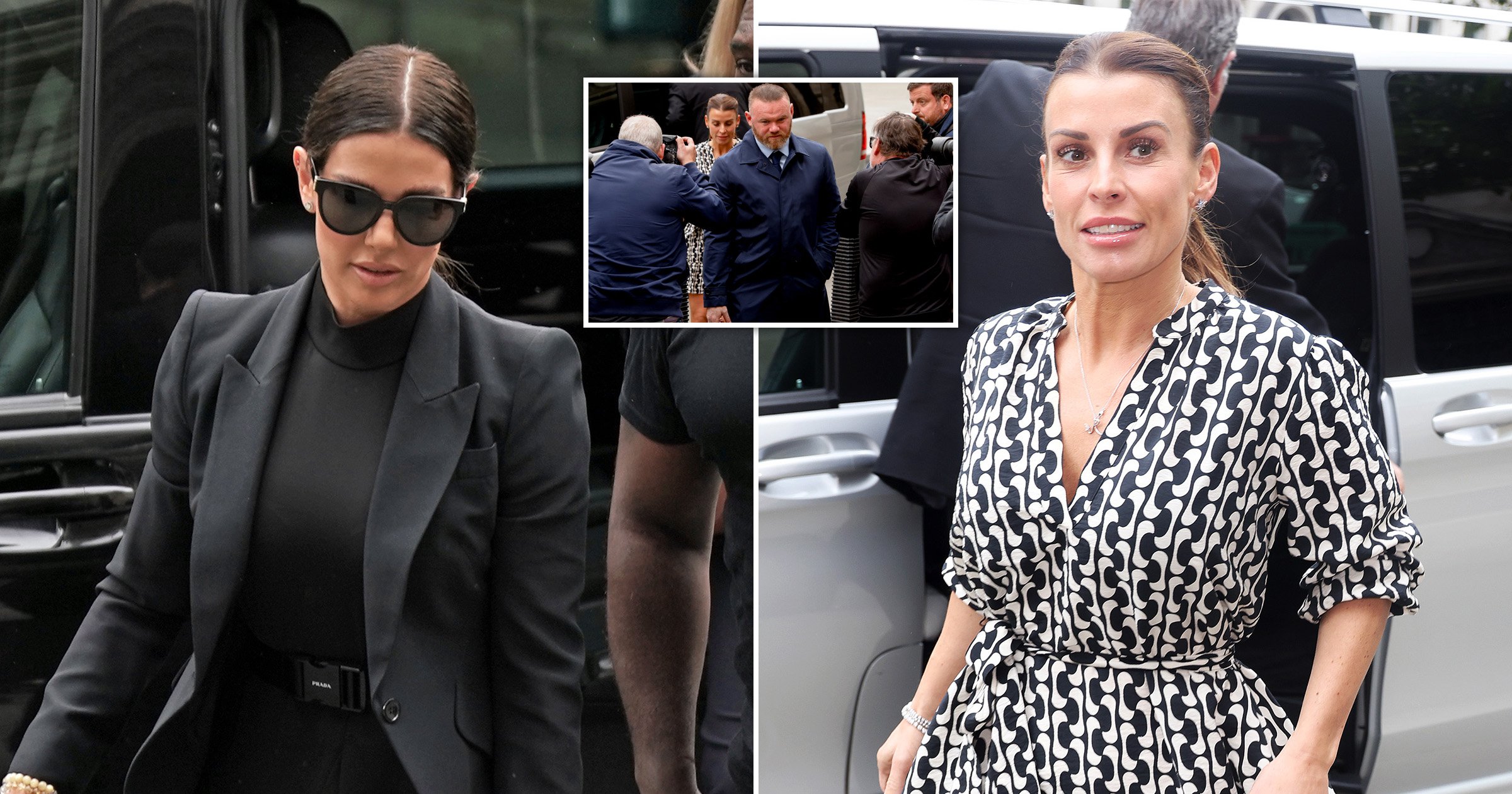 Coleen Rooney and Rebekah Vardy have finally faced each other in court with their ‘Wagatha Christie’ trial fully underway in London this week.

It’s a trial that has been three years in the making, ever since Rooney, 36, publicly accused Vardy, 40, of leaking stories about her to the press.

Wayne Rooney’s wife had conducted a private sting herself to find out which of her followers was the culprit, and revealed her alleged conclusion using the famous line: ‘It’s….. Rebekah Vardy’s account.’

The two WAGs have since been at loggerheads but the matter will now be settled in a matter of days, with the trial taking place at London’s Royal Courts of Justice.

Rooney has been supported by former footballer husband Wayne, who was pictured arriving at court with her on Tuesday, but Vardy’s husband, Leicester City player Jamie Vardy, is yet to make an appearance.

As the trial began, Vardy’s barrister Hugh Tomlinson QC said she knew Rooney was ‘posting fake stories’ to see if they would be leaked to the media.

In written submissions, Mr Tomlinson said: ‘She did not directly leak any information from Mrs Rooney’s private Instagram account to The Sun, nor did she do so indirectly by “approving or condoning” anyone else to do so on her behalf.’

He added: ‘She, like Mrs Rooney, believed that someone was leaking information from Mrs Rooney’s private Instagram but didn’t know who it was and thought it must be her PR as she couldn’t see why anyone would be “arsed with selling stories on her”.’

Wayne Rooney to give evidence

Mrs Rooney’s husband Wayne is expected to take the stand and give evidence, the court heard on the first day of the trial.

Mr David Sherborne, for Mrs Rooney, said witnesses will also explain that she ‘didn’t tell any of them she was making this sting operation’.

He said it was a ‘surprise’ to them when her post accusing Mrs Vardy was made.

In a bizarre turn of events, Vardy was questioned about a previous newspaper she gave about her ‘sexual encounter’ with Peter Andre.

In the interview with News of the World, Vardy claimed Andre had managed ‘just five minutes of sex with Rebekah’ and in which Vardy said he had ‘the smallest trouser equipment I’ve ever seen’ that was like a ‘miniature chipolata’.

Vardy was asked if it was ‘respectful’ to the Mysterious Girl singer that the information of their alleged encounter was shared with a newspaper, to which she responded: ‘I was forced into a situation by my ex-husband to do this.’

The court heard how Vardy upset Harry Maguire’s fiancée, Fern Hawkins, and a series of other wives and girlfriends after tipping off the paparazzi to photograph them on a night out on the eve of England’s first-round match against Belgium in June 2018.

Vardy had previously claimed to have ‘nothing to do with the photograph, to which Rooney’s lawyer, Paul Lunt, added: ‘Mrs Vardy has since confirmed in her solicitors’ correspondence that this is and was false.’

The High Court heard claims that Vardy branded Rooney a ‘c**t’ to her agent after she was unfollowed on social media.

‘Oh my god, you say, I just saw, what a c***t,’ he told the court, explaining that the exchange came after the alleged leak of information about Rooney being in a car crash from her private Instagram.

Vardy said it was ‘not true’ the car crash post had been leaked by her agent Caroline Watt to The Sun.

During her second day on the stand, Vardy began to cry after questioning from Rooney’s various lawyers.

As she burst into tears, Mrs Justice Steyn asked whether she would like a break, however Vardy remained in the witness box.

Sherborne insisted he was ‘not going to take [her] through the trolling’ during his line of questioning.

Asked again a few moments later if she would like a break, Vardy replied: ‘I don’t think it’s going to make any difference, to be honest.’

Her testimony was later abruptly cut short due to a fire alarm elsewhere in the court, but will resume on Thursday.