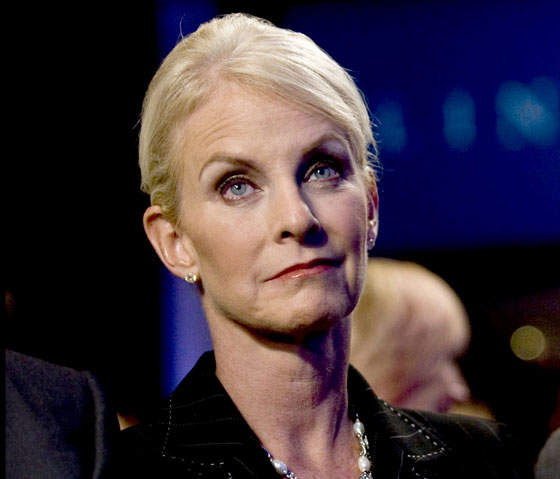 Arizona’s KTAR News is reporting that Cindy McCain tried to become a hero by inserting herself into a situation which had nothing to do with her that she found suspicious. The situation: A woman with a child… of a different ethnicity. Tell Cindy McCain to watch out whenever my half-black ass goes grocery shopping with my fully-white mother: don’t worry, I promise I’m not kidnapping her.

Cindy is co-chair of the Arizona Governor’s Council on Human Trafficking, and spoke with KTAR News 92.3 FM’s Mac & Gaydos this past Monday about how she was at the airport in Phoenix when she noticed something she didn’t think was right.

“I came in from a trip I’d been on and I spotted — it looked odd — it was a woman of a different ethnicity than the child, this little toddler she had, and something didn’t click with me. … I went over to the police and told them what I saw and they went over and questioned her and, by God, she was trafficking that kid… She was waiting for the guy who bought the child to get off an airplane.”

Wow what a hero… except no, this didn’t happen. Phoenix Police Sergeant Armanda Carbajal told KTAR News 92.3 FM yesterday that this was not what occurred. Instead they conducted a welfare check on a child at the airport at Cindy’s request, but once they talked to the child and woman they determined nothing criminal was happening:

“Officers determined there was no evidence of criminal conduct or child endangerment.”

People started to come for Cindy because, like Lindsay Lohan before her, it irks people when privileged white women assume someone different from them is performing illegal activities simply because they don’t know what’s going on. She had no response to all the requests for comment, and decided to make one blanket statement through her Twitter account:

Karlie Kloss’ New Lob Haircut Is The Result Of A 7-Inch Chop, & It Looks So Bomb
World News