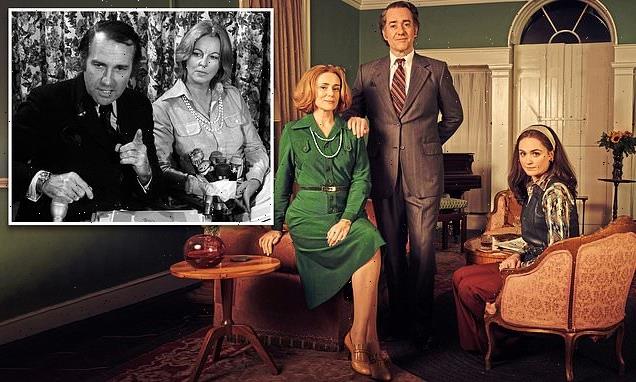 CHRISTOPHER STEVENS: ITV’s take on the Stonehouse saga provides a jaunty portrait of the chancer Labour MP – once tipped to be Prime Minister – who faked his own death… and made the worst spy ever

These days, John Stonehouse MP wouldn’t have to fake his own death. Facing bankruptcy, his political career in shreds and his marriage on the brink, he could rehabilitate himself simply by going on I’m A Celebrity.

There’s a hint of I’m A Celeb’s Matt Hancock in Stonehouse (ITV), with Matthew Macfadyen as the duplicitous chancer once tipped to be a future Labour prime minister.

He’s so insufferably smug, so selfish and self-serving… not to mention randy.

One moment sums him up neatly, when he sits with his bit-on-the-side secretary Sheila (Emer Heatley) in the cinema, dipping greedily into her popcorn – until he takes the box and hogs it to himself without so much as glancing at her. 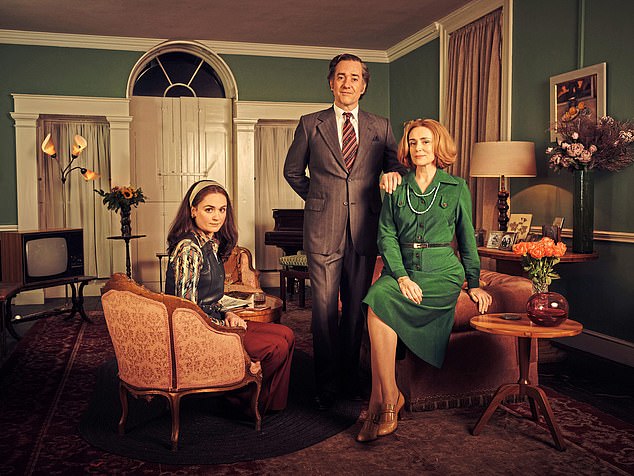 It beggars belief that Stonehouse maintained a political career as long as he did. Never mind fooling the spooks while spying for the Czech security agency – a bunch of Boy Scouts could have spotted him for a wrong ’un.

This three-part drama, continuing tonight and tomorrow, is jauntily tongue-in-cheek, it’s played for fun and giggles, with a bouncing foxtrot soundtrack straight out of Jeeves and Wooster.

That’s something of a missed opportunity, because Mrs Stonehouse is played by Macfadyen’s real-life wife, Keeley Hawes – the first time they’ve starred together on telly since Spooks, the Noughties spy caper where they met.

Both are actors of deceptive depth. Fans of HBO’s Succession know Macfadyen is mesmerising as the pathetic, scheming executive Tom Wambsgans, who survives every radioactive scandal and scuttles away like a cockroach. 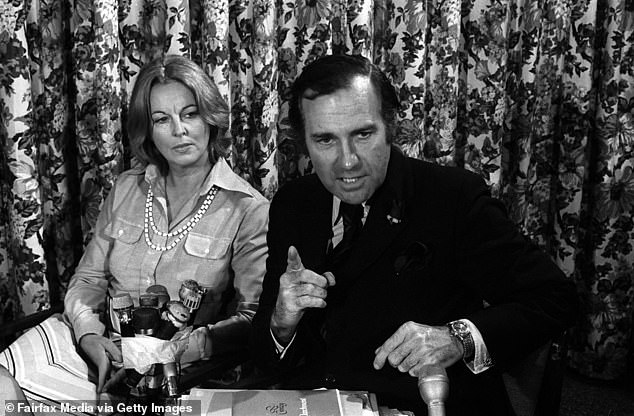 And Hawes is unique for her ability to be mumsy in one role, such as the matriarch Louisa of The Durrells, and icily glamorous in the next – as the over-sexed Home Secretary in Bodyguard, for example.

Together, they could have delivered an excoriating portrait of a political marriage: the unspoken blackmail, the delicate balance of power, like two little dancers revolving on a music box packed with dynamite.

None of that is attempted here. Barbara Stonehouse is clearly much brighter than her husband, but she chooses not to know what he’s up to. When she finds him stashing suitcases in the bedroom wardrobe, or arguing in a hushed voice with the police over the phone, she remains mute… though the clouds of suspicion on her face speak volumes.

Keeley’s best silence comes when she’s introduced to Sheila for the first time. Stonehouse looks awkwardly guilty for a moment and then decides he’s got away with it. The frost in his wife’s eyes tells us she knows exactly what’s going on.

We need to feel for her, because Stonehouse is such a pompous idiot that it’s hard to care what happens to him. His downfall begins on a trade mission in the 1960s to Czechoslovakia, when his sultry translator declares over dinner that she’s agog for his rampant masculine charisma.

Next morning, Czech secret agents take Stonehouse aside and show him explicit footage from the hotel room, apparently filmed through a spyhole in the ceiling. The Soviets had a word for movies like that: Kompromat. Mr Stonehouse didn’t need a translation.

But his reaction to their proposition betrayed both his stupidity and his cheap venality: ‘You want me to spy for you? Would I be paid?’

Whether for legal reasons or just because it’s more amusing, the drama makes it clear that Stonehouse betrayed nothing of importance to the Eastern Bloc. His best scoop was the plans for Concorde, which had already been announced by the French media.

‘You are the worst spy I have ever come across, ever,’ complains his Czech handler. He’s certainly no Kim Philby. Arriving at the Czech embassy to deliver another batch of non-secrets, he bellows into the front door’s intercom: ‘It’s John Stonehouse. Agent Twister!’

Premier Harold Wilson (Kevin McNally) is pretty clueless too. He has a couple of smashing lines – one about the Queen’s views on socialist Tony Benn (‘Frankly I’ve never heard her so put out’) and one about the general lack of sexiness on the Labour front bench.

His wife Mary thinks most of the men look like battered saucepans. That must be why Private Eye, in the 1970s, referred to the government as Harold’s Kitchen Cabinet.

Margaret Thatcher makes a cameo appearance, with just one line of dialogue. At least she’s played by a woman, actress Devon Black. That’s an improvement on C4’s execrable Prince Andrew: The Musical last week… when the Iron Lady was portrayed by drag queen Baga Chipz.

Robin Roberts to marry girlfriend Amber Laign after 18 years together