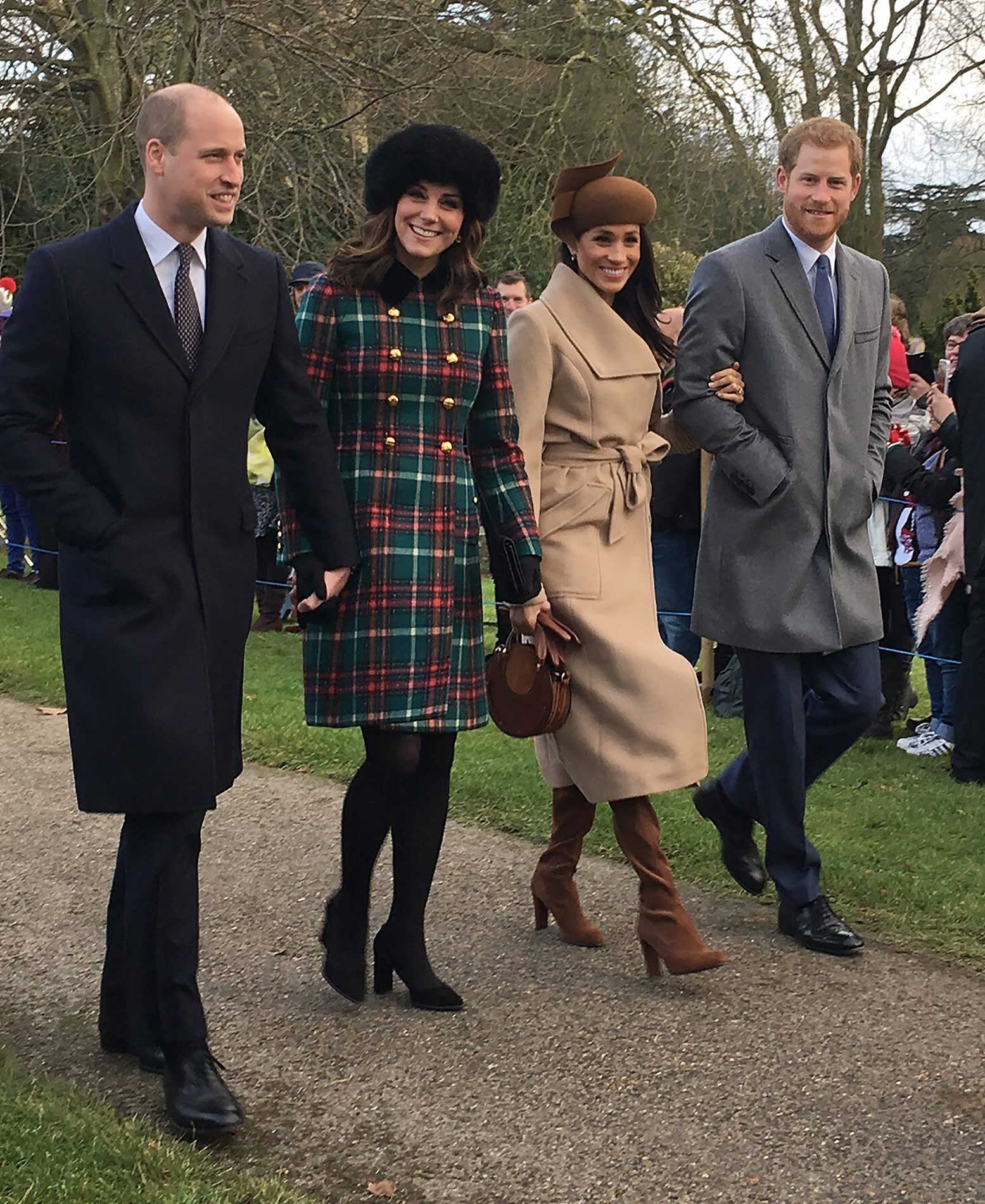 The Christmas spirit is in the air at Kensington Palace!

As the royal family continues to celebrate the December holiday, a spectacular 30-foot Christmas Tree has been installed outside the palace that’s currently home to Prince William and Kate Middleton as well as Prince Harry and Meghan Markle.

On Friday, the Historic Royal Palaces, an independent charity responsible for looking after six historical landmarks, shared a fun video on their Twitter account documenting all the work that went into making the Christmas tree shine — from installing the massive tree to filling its boughs with bright lights and golden balls.

William and Kate, both 36, officially kicked off their holiday celebrations on Tuesday, when the couple hosted a party for military families at Kensington Palace — and Kate wore an almost identical look to one she’d stepped out in over a decade earlier.

Despite reports that William and Kate would likely be spending the holiday with Kate’s family in Bucklebury, the royal couple will be joining the rest of the royal family, including Harry and Meghan, in Norfolk for Christmas with Queen Elizabeth at Sandringham, PEOPLE confirmed this week.

Will and Kate will stay at their nearby home of Anmer Hall with children Prince George, 5, Princess Charlotte, 3, and 7-month-old Prince Louis. The specifics on where Harry and Meghan are staying haven’t been provided “at this stage.”

Meghan may also be joined by her mom, Doria Ragland, who has reportedly been invited to join them for Christmas by the Queen.

Claims have swirled about tension between brothers William and Harry and their wives, Kate and Meghan. But contrary to those reports, a source recently told PEOPLE that the couples enjoyed a memorable first Christmas together last year, when Meghan made her debut walk to church with the royal family on Christmas Day.

“They really loved Christmas and all had a wonderful time,” the source said. “I think the two women got on — they are definitely not best friends, but it was a really special time for them all to spend together.”

This year will also mark Harry and Meghan’s last Christmas season living in Kensington Palace, as the pair recently announced that they will be moving out of their two-bedroom cottage, which is just a stone’s throw away from Will and Kate’s home, and into Frogmore Cottage in Windsor early next year, ahead of the birth of their first child in the spring.

Those who know the princes say that there was always a chance that they would not want to live in each other’s backyards.

“Harry will want to establish himself and come out of the shadows and not be in his brother’s shadows,” says one insider. “They want to do their own thing and create their own style. And to do that you need to be away sometimes.”