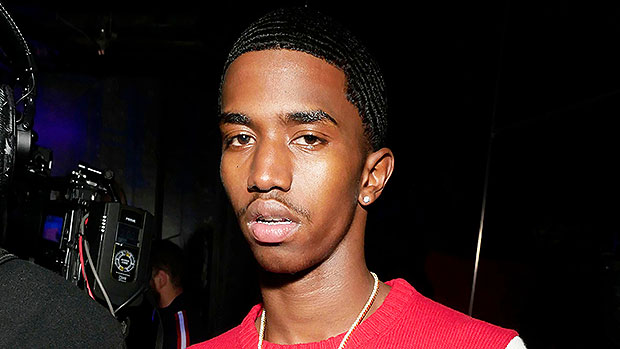 Diddy isn’t the only one stepping up! He may have dropped his twin daughters off at school, but their older brother picked them up. Take a look!

Christian Combs, 20, is going through a tough time after the sudden loss of his mother Kim Porter on Nov. 15 — but that hasn’t stopped him from being there for his younger sisters. Kim and Diddy‘s son picked 11-year-old twins D’Lila Star and Jessie James up from school on Dec. 4 and posted videos on Instagram to prove it! “You know I had to pick my sisters up from school in the Lambo truck, man,” he said, aiming the camera over his shoulder to show Jessie and D’Lila smiling in the backseat. “All black. Had to see what the hype was about. I’m sorry, let me get that,” he continued, getting out of the car and opening the door for his sisters. So sweet!

From there, the trio went to hang out with some horses. “Some y’all may not know, but the twins, they got horses,” Christian said, stroking one’s nose. “They kind of lit. ‘Sup Parker. What’s this one named? It’s the pony. This that chocolate thing right here, this me, Hershey kiss.” While only Diddy’s son could be seen in those horse videos, it was clear that the twins were about to go riding based on the conversation happening in the background. What a fun way to spend their afternoon after a long day at school! It was their first day back, and Diddy started it off on a good note by driving them there.

The 49-year-old rapper documented that on video as well, captioning each with, “New day. New life new RESPONSIBILITIES. KIM I GOT THIS. Just like you taught me! I was trained by the best. #kimporter.”

#PressPlay: #ChristianCombs on his big brother duties with his sisters #Jessie and #DLila ❤️

As tragic as this time of year must be for the Combs family, it’s extra heartwarming to see the older members of the fam stepping up for the younger ones. Way to go, Diddy and Christian! Both of them are taking great care of D’Lila and Jessie — like father, like son.