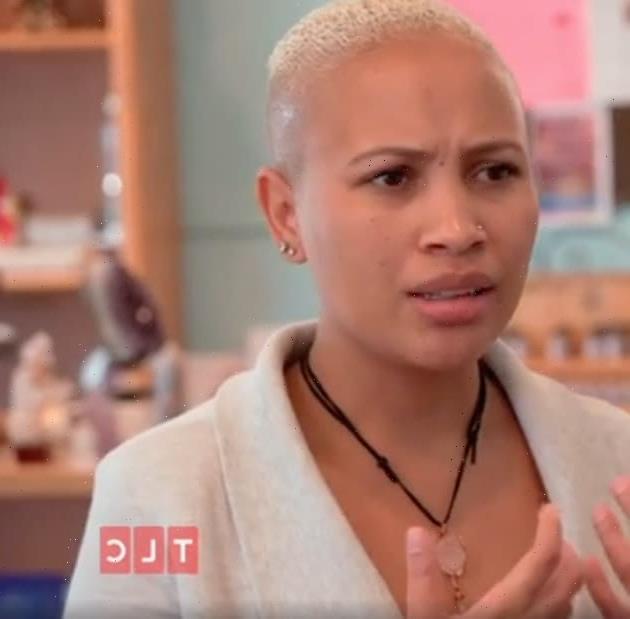 Christeline Petersen is in need of a significant reset.

But at least she seems to be well aware of it.

The former Seeking Sister Wife star has been in the news of late for a very troubling and disturbing reason:

She has alleged abuse and assault against long-time TLC personality Dimitri Snowden.

Petersen — who hails from South Africa and who appears on season 3 of this awful TLC program — filed for a restraining order against Snowden jn March.

According to court documents obtained by various outlets, Petersen says she was assaulted “numerous times” over the past year by Dimitri, whose partnership with lover Ashley and their search for another partner is at the center of Seeking Sister Wife.

She says Dimitri woke her this past January by “slamming my head into the headboard of the bed and he was yelling at me.”

This sort of altercation was not unusual, Peterson added, emphasizing that Dimtri was especially with her during intercourse.

“He choked me during sex, even though I told him not to,” Petersen has alleged. “The more I struggled the more he enjoyed it.”

She wrote in her restraining order request, which was granted on a temporary basis:

“I stopped saying no after a few times, because any struggle by me would prolong the sex and choking.”

Similarly, Petersen said Ashley was physically abusive in January and said Ashley “shoved me to prevent me from leaving the home my husband and I shared with her.”

Per the documents Peterson submitted to the court:

“She also threw a bottle at me. She was verbally abusive and called me names.

“My children are scared of her due to her yelling at them and the violence in the home between her and my husband and me and her.”

In the wake of Dimitri filing to divorce her, Christeline is now trying to move on with her life.

And also to take it in a different direction.

On her now-private Instagram page, Petersen has revealed a major makeover, getting rid of her short blonde crop and replaciing it with long black braids.

“Correcting and healing the mindset that attracted and tolerated them for so long,” she wrote as an affiliated caption.

“Thank you for being exactly what my growth needed to be for me, but now… I release you.”

As Peterson looks to start over, she can at least take solace in having the support of Ariadne Joseph.

Yet another woman Dimitri and Ashley brought in to serve their eccentric, desperate and cruel needs, Joseph appeared via YouTube last week and shared her own scary stories about the Seeking Sister Wife couple.

She said they ordered her to be naked at all times and didn’t let her leave the house on her own.

“When you’re in a situation where you’re married, or with someone, and you both have had consensual sex, it’s hard to reconcile in your mind that this person has violated you, has taken something from you without permission,” Joseph explained in an interview with blogger John Yates.

“These people abused me and traumatized me and my children,” she added of the Snowdens.

She says she told producers what Dimitri and Ashley did to her and producers responded… by doing nothing.

“Chrissy and her children didn’t have to go through that, they didn’t have to experience that,” Joseph told Yates of Peterson and other women Dimitri allegedly abused.

“Had TLC took those people off the air and allowed them to be exposed the way they should have been, because when I came out and I released all that information — and I had text messages and pictures — they scrubbed the internet of it.”

Continued Joseph, trashing the heck out of the cable network:

“Some of the groups, the TLC groups, took all of the information out. So, they did nothing.

“They allowed this piece of s**t to be on this damn show, and they continue to abuse, and misuse, and traumatize women.”