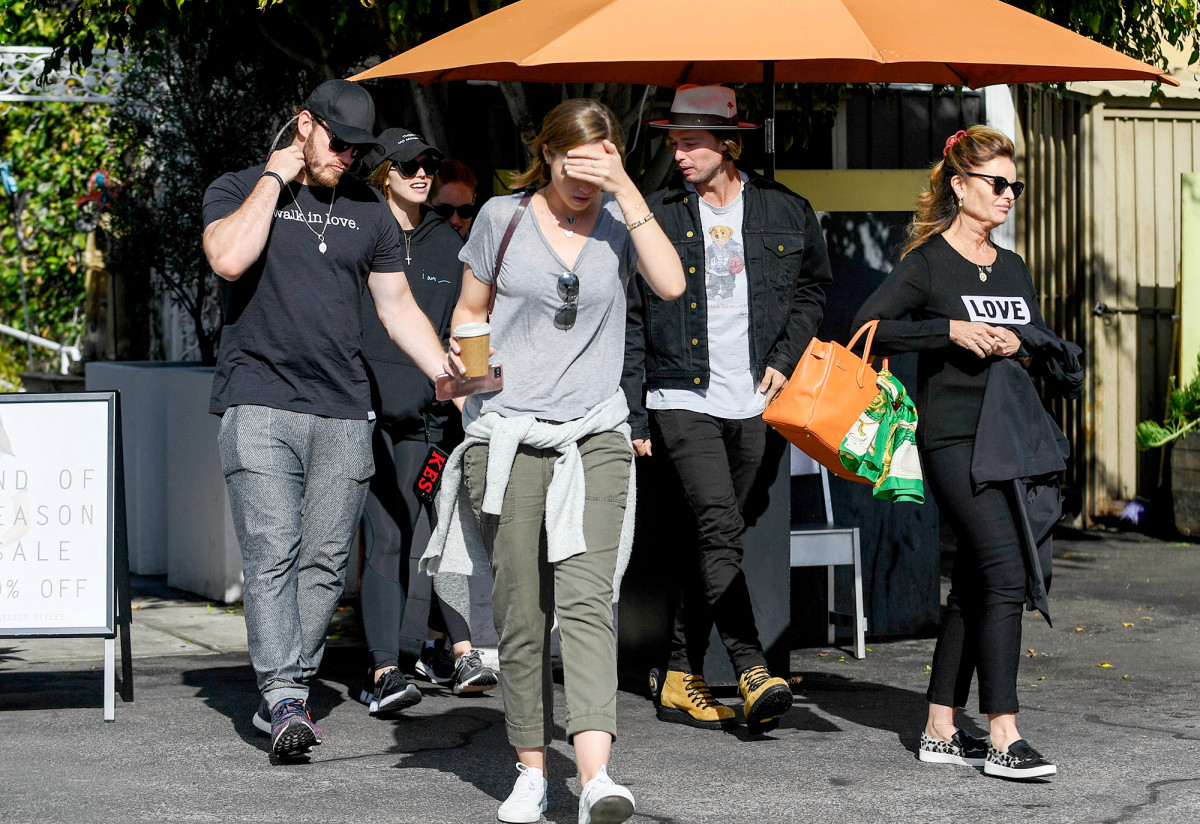 Chris Pratt, Katherine Schwarzenegger Match During Outing With Her Family

Quality time! Chris Pratt and his girlfriend, Katherine Schwarzenegger, were joined by the author’s family on Wednesday, January 9, when they stepped out for a casual breakfast together.

Schwarzenegger’s mother, Maria Shriver, along with her brothers, Patrick and Christopher, and sister Christina, were all in attendance for the outing. Pratt and Katherine — who started dating in June 2018 just 10 months after the Jurassic World actor split from his ex-wife, Anna Faris — held tight to each other’s hands during the outing and wore similar clothing.

Scroll down to see photos from their day out.