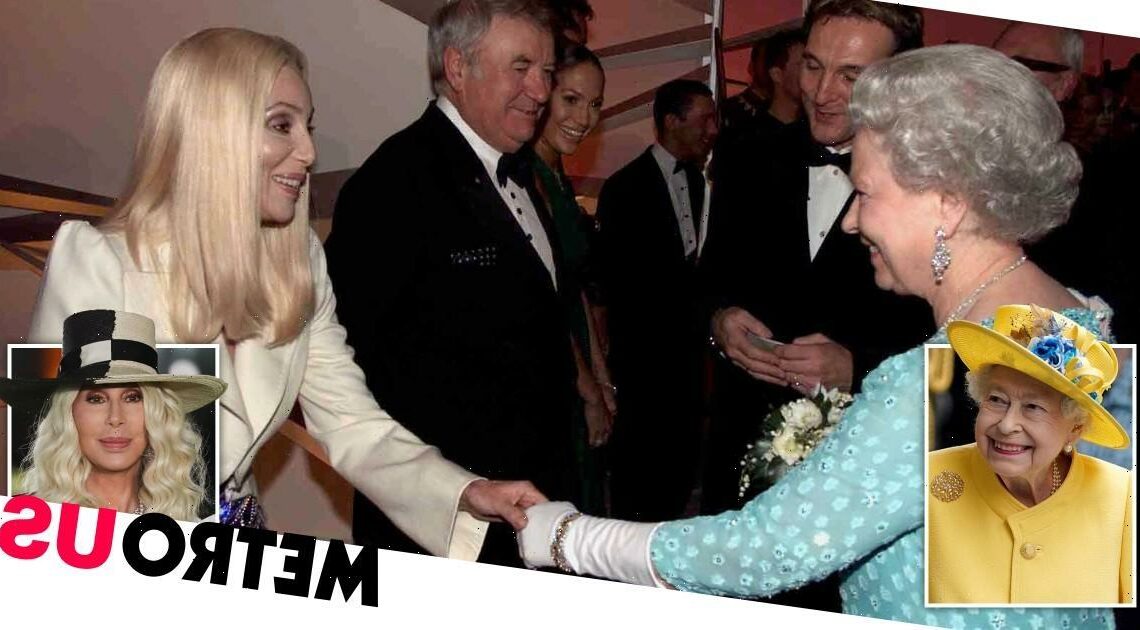 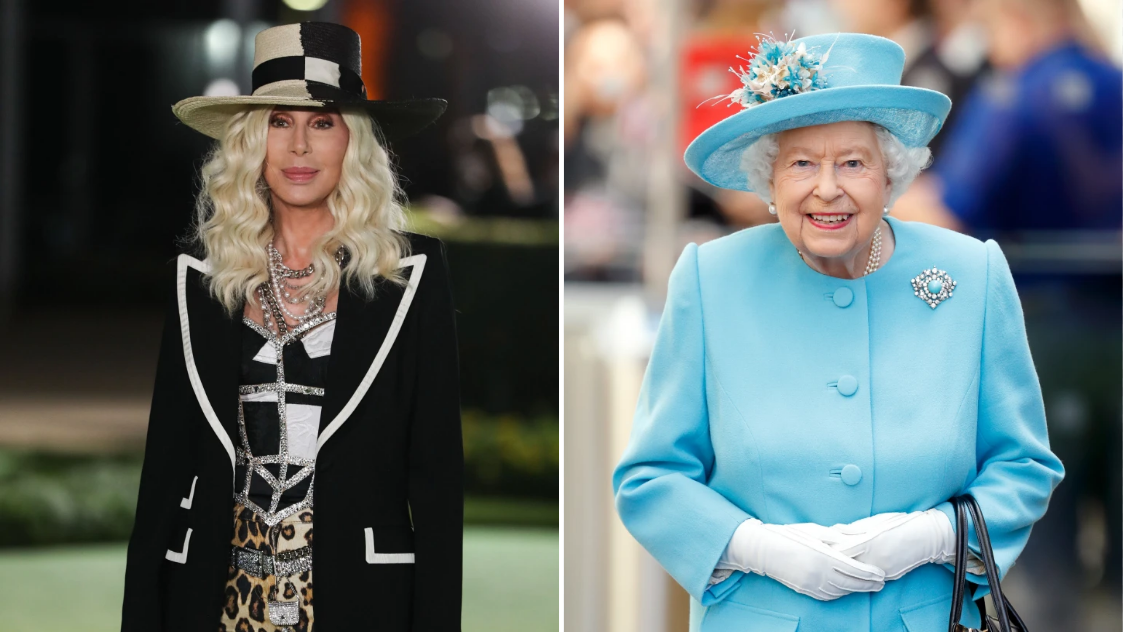 Singer Cher has joined the millions paying tribute to Queen Elizabeth II, following her sad death aged 96, but got into a muddle with her emojis.

The American entertainer took to Twitter to reminisce over meeting the monarch, but accidentally seemingly referred to her as a bull after getting her farmyard animals mixed up.

The 76-year-old, who recently passed on her title as the oldest woman to have a UK number one single to Kate Bush, met Queen Elizabeth in 1988.

Joining former US presidents and stars in sharing messages of condolence, she wrote on Twitter on Thursday: ‘Am Sad About The Passing Of Queen Elizabeth II. I Had Honor Of Meeting Her.’

Going into detail, she recalled: ‘I Was In Long Line of Ppl Waiting 2 Meet Her, Yet When She Got 2 Me, She Asked Me Pertinent Questions, & Seemed Genuinely Interested In Talking 2 Me.’

‘I’m Proud She Was a 🐂 & Happy She Had a Great Sense Of Humor,’ the Believe chart-topper added, using the bull or ox emoji.

Her Majesty Queen Elizabeth II has died after 70 years on the throne, with her death announced by Buckingham Palace on September 8, 2022.

She died at the age of 96 surrounded by her family at her home in Balmoral, including her son and heir to the throne Charles, the Prince of Wales, and her grandsons, the Duke Of Cambridge, Prince William and the Duke of Sussex, Prince Harry.

The two first met at the premiere for Steven Spielberg’s Empire of the Sun on March 21, 1988.

Stood next to the esteemed director, the singer and Oscar nominee – who later that year would win the Academy Award for best actress for Moonstruck – wore a black velvet long-sleeved gown with criss-cross straps.

The Queen, who was then 61, was in a peach dress and matching cropped jacket with white gloves.

They then met again after Cher sang at the 2001 Royal Variety Performance, with the star pictured shaking hands with the royal and smiling after waiting in the receiving line.

Some followers were a little confused by the performer’s message mishap, with one commenting: ‘What is that cow emoji?’, while another asked: ‘The Queen was a bull?’

‘I think she was going for GOAT…’ a helpful fan responded explaining the likely mix-up between the bull and goat emojis, with goat standing for greatest of all time.

Other fans joined in with Cher’s reflective tribute, with one sharing: ‘I know how that feels, I loved everything about the queen.’

‘She was an amazing lady. You’re lucky to have such great memories,’ wrote another, while a third remarked: ‘Seems you’ve met Queen Elizabeth more than once- what an honour!!!’

Events were cancelled and postponed out of respect for the Queen on Thursday, including musical fixtures such as the Proms and also the Mercury Prize, which then donated leftover ceremony food to charity to avoid wastage.

Hillary Clinton Reflects on Meeting Queen Elizabeth II: ‘One of the Highlights of My Time in Public Service’
World News