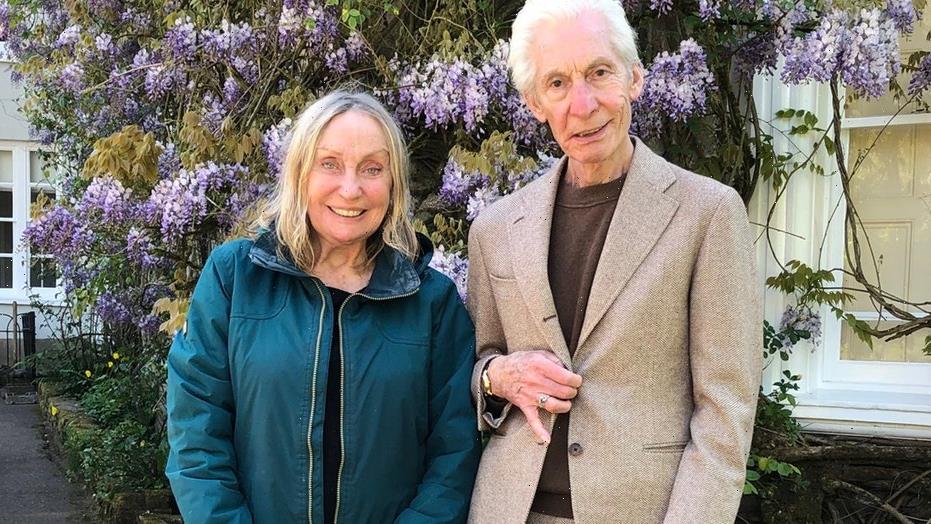 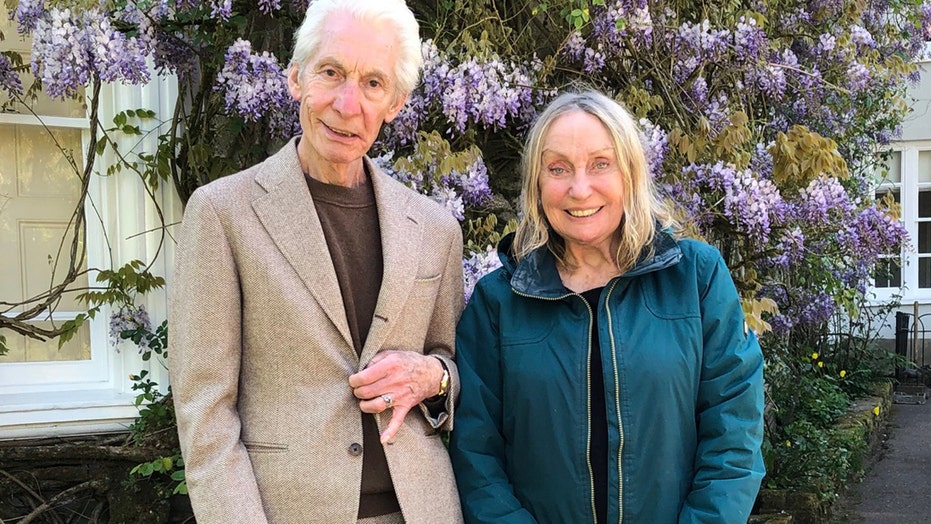 Rolling Stones drummer and late music icon Charlie Watts attended one last charity event with Shirley Ann Shephard, his wife of 57 years. The couple smiled together at an event for the dog foundation Forever Hounds Trust in May 2020 in one of the last photos of Watts before he died.

“It is with immense sadness that we announce the death of our beloved Charlie Watts. He passed away peacefully in a London hospital earlier today surrounded by his family,” the band said in a statement.

“Charlie was a cherished husband, father and grandfather and also as a member of The Rolling Stones one of the greatest drummers of his generation. We kindly request that the privacy of his family, band members and close friends is respected at this difficult time,” the statement concluded. 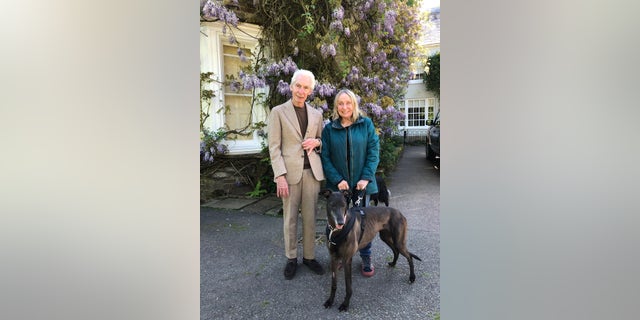 Charlie Watts and his wife Shirley were together for 57 years before his death on Aug. 24.
(Forever Hounds Trust)

Shephard, 82, and the British rocker adopted a 5-year-old greyhound pup named Suzie at the event. In the cute snap, Watts and his ladylove posed with the dog and looked as happy as ever. Watts wore a beige suit while Shephard sported a teal jacket and jeans.

The couple met just before the Rolling Stones entered the world of fame and fortune. They married in 1964 and have one daughter, Seraphina.

In a 2018 interview with NME, Watts — whose death brought an outpouring of remembrances from fans and other musicians — was asked about his secrets to a long and healthy marriage. The publication also addressed how having a strong relationship is rare for rock stars while partying and singing on the road.

“Because I’m not really a rock star,” he said. “I don’t have all the trappings of that. Having said that, I do have four vintage cars and can’t drive the bloody things. I’ve never been interested in doing interviews or being seen. 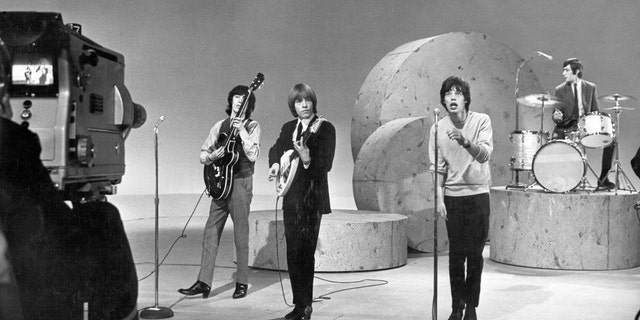 “I love it and I do interviews because I want people to come and see the band. The Rolling Stones exist because people come to the shows,” Watts continued. “There’s nothing worse than playing in a club with three people sitting in the front – one’s your girlfriend and the other’s your mate – and that’s the audience.”

He also touched upon the idea of whether the Stones would ever retire.

“No. I’ve thought that the band might stop a lot of times. I used to think that at the end of every tour. I’d had enough of it – that was it,” he replied. “But, no, not really. I hope [when it ends] that everyone says, ‘That’ll be it.’ I’d hate for it to be a bloody big argument. That would be a real sad moment.”

Family of missing Idaho boy, 5, speaks out one month after disappearance: ‘Our Family is broken right now’
World News