Home » Celebrities » Charlie Watts’ heartbreaking admission about Keith Richards: ‘Has a strong will to live’ 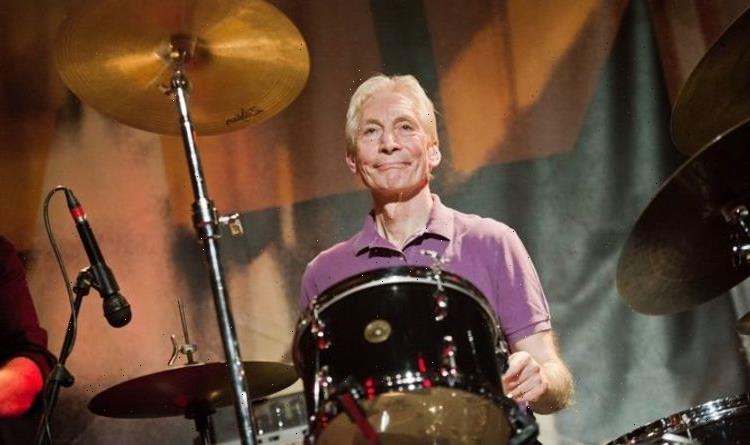 Charlie Watts’ heartbreaking admission about Keith Richards: ‘Has a strong will to live’

The rock’n’roll world paid their respects yesterday to the legend that was Rolling Stones drummer Charlie Watts at the age of 80. A statement from his publicist Bernard Doherty said: “It is with immense sadness that we announce the death of our beloved Charlie Watts.” His fellow band members paid tribute with powerful social media posts.

Mick Jagger posted a seemingly recent photo of Charlie chuckling away while drumming.

Keith Richards opted for a photo of Charlie’s drum kit with a ‘closed’ sign hanging from it.

Neither posted a caption – as the saying ‘a picture speaks a thousand words’ rang true.

Charlie passed away peacefully in a London hospital surrounded by his family.

He had stepped down earlier this month from the Stones’ forthcoming No Filter tour.

Under the advice of his doctors, Charlie pulled out as he had to undergo an emergency heart operation.

The operation was “completely successful”, but he revealed at the time that his recuperation would “take a while”.

Tributes flooded in from around the world, with Elton John, Brian May and Paul McCartney among those to send their love to the band and Charlie’s family.

Sir Paul described Charlies as “a fantastic drummer” and “a rock” to the band over the years.

Charlie was described in an interview with The Observer in 2000 as “the Stone who is so universally well liked that he commands instant respect without even trying”.

Barbara Ellen wrote: “You’d be hard pressed to find anybody with a bad word to say about Charlie Watts.”

He said in his 2003 book, According to the Stones, “I loved playing with Keith and the band – I still do – but I wasn’t interested in being a pop idol sitting there with girls screaming.”

Despite giving up smoking in the late 1980s, Charlie was diagnosed with throat cancer in June 2004.

After a course of radiotherapy, the cancer went into remission.

Incredibly, within eight months of going into hospital, the band were recording album A Bigger Bang, and then went on a two-year tour.

In a 2005 interview with Rolling Stone, Charlie paid a heartfelt tribute to Keith Richards, dubbed the creator of “rock’s greatest single body of riffs” by the magazine.

Asked about Keith’s “defiantly good health”, after “everything Keith has done to himself”, Charlie responded: “He’s got an amazing constitution, and he’s very strict on himself, in a funny way.

“He never overdid drugs. He always had a set amount that he did, and he would never do the whole lot at once.”

Charlie noted most people who do the whole lot at once are dead.

He continued: “He could have fallen; he was in a position to do that. And he never did. He has a very strong will to live.”

Charlie’s contribution to the Rolling Stones was crucial – his jazz-influenced drumming style gave the band’s songs a unique swagger.

Bruce Springsteen once said: “As much as Mick’s voice and Keith’s guitar, Charlie Watts’ snare sound is the Rolling Stones. When Mick Sings, ‘It’s only rock ‘n’ roll but I like it.’ Charlie’s back in showing you why.”