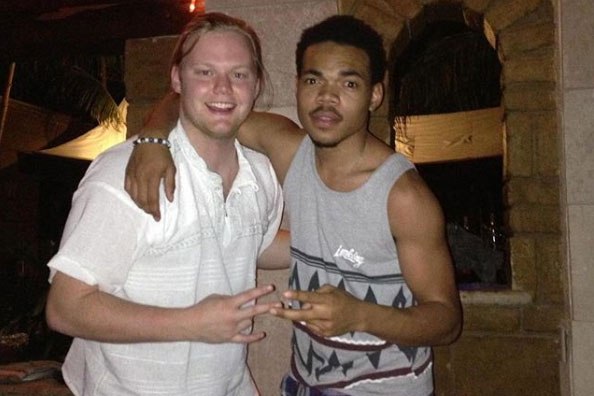 After Kanye West’s Twitter spree about his mental health and Pete Davidson’s dark Instagram note, many have come forward to support the stars and have encouraged them to seek treatment and help. Chance the Rapper’s manager, however, feels differently.

Corcoran explained that he became addicted to the prescription drug Xanax before turning to “self care.”

“[Xanax] helped me tremendously,” he wrote. “Then i became addicted. i saw the end.”

The backlash to his recommendations was swift and fierce.

“My brain literally doesn’t create enough Serotonin. None of these will work for me, we need to end the stigma against people taking meds for there mental health,” wrote one user.

Corcorcan responded, “there’s more of a stigma for actual self care than taking a pill. everyone wants to take a pill. nobody wants to take the time, miss work, miss parties, go to therapy & take care of the self.”

Tweeted another, “none of that shit is going to regulate the reuptake of serotonin in people with clinical depression, medication isn’t always the full course of treatment but you have absolutely zero authority to discourage anyone from benefitting from it when it is needed.”

“Cool in theory, but some of us need medication to restore chemical imbalances in our brain,” tweeted another. “Self care is now a glorified thing that is being showcased in our media, but there is still a stigma of taking medication to help return our brain to a functioning level. You wouldn’t tell a diabetic to stop taking their insulin and meditate instead. Or someone with a broken leg that they don’t need a splint/cast, just walk it off.”

Corcoran’s stance appears to echo West’s tweets, in which he declared he’s been off meds for six months.

“I’m loving the new music I’ve been working on,” he wrote. “6 months off meds I can feel me again.”

Boy, 8, dies in his bunk bed after breaking his skull in bike accident