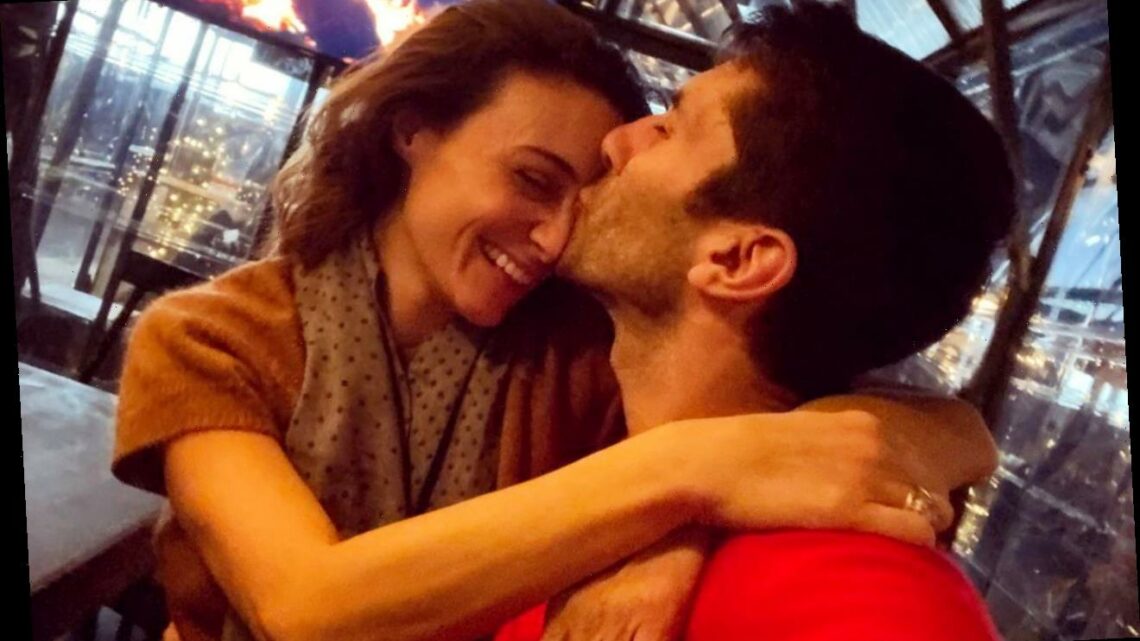 The 36-year-old TV producer, who already shares Cleo and Beau with Laura Perlongo, confirms her pregnancy by posting a photo of them and their two kids with their bellies out.

AceShowbiz –Nev Schulman is going to be a father for the third-time. The “Catfish” star, who already shares two children with wife Laura Perlongo, reveals on social media that they are currently expecting their third child together.

The 36-year-old TV producer unveiled the baby news via Instagram on Thursday, April 8. Putting out a photo of him, his wife, son Beau Bobby Bruce and daughter Cleo James with their bellies out, he simply declared, “WE’RE PREGNANT!!! #3 #HatTrick.”

Nev’s post has since been flooded with congratulatory comments from his famous friends. One in particular was from singer Nina Nesbitt who simply replied, “congrats.” Meanwhile, “Dancing with the Stars” pro-dancer Jenna Johnson exclaimed, “YAY!!!!!!!! CONGRATS ” and Chrishell Stause of “Selling Sunsets” chimed in, “Ahhhh CONGRATS!!!!!”

Also sharing the exciting news was Nev’s wife on her own Instagram page. Uploading some family portraits, she raved, “you guyyyyyyssssss, we have a big announcement to maaaaake #BABYNUMBER3 COMING IN HOT hahah we SO EXCITED. Cant wait to share all the love and chaos this spring / summer.”

“@arnold_daniel is a genius aND took these photos and so many moreee. For pregnancy lovers, body stuff and pregnancy ‘TMI’ is going on ONLY FANS which is gonna be SO MUCH FUN link in profile,” the expectant mother added. “Subscribe if you wanna ride along for the full experience (& love pregnant bodies as much as I do) Sending you all the love!!! THREE!?!gahhhh this is gonna be wildddd. Wish us luck.”

Nev, who wed Laura in July 2017, previously spilled that he wanted to expand his family. “There’s a plan for a third, for sure,” he told Us Weekly in January 2020. “Nothing’s baking [but] I was one of two and [Laura] was one of three, and she loved having two siblings and still does. So I’m into three. I think that’s the number.”

‘We’re Not Out of the Long Grass’: What to Expect From MipTV and the International Series Market in 2021