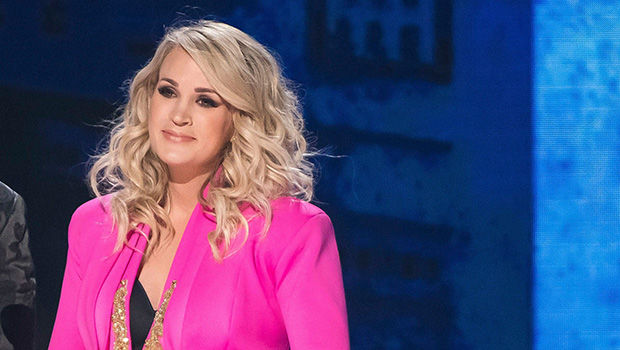 Carrie Underwood delivered a classy clapback to a ‘Sports Illustrated’ producer who dissed her new ‘Sunday Night Football’ song, saying that instead of throwing shade, she should be giving ‘support’ to her fellow woman.

“I love that NBC has been reading everyone’s [Cris Collinsworth] slide tweets because it means they’ve also been reading all the tweets about how much we hate the new Carrie Underwood song,” Jessica Smetana, a “producer/showrunner at Sports Illustrated” and co-host of the Most Valuable Podcast,” tweeted on Dec. 16. While Jessica was getting in on the Collinsworth fun – he slid in from the left instead of the right during the game, causing fans to flip – her comment caught the eye of Ms. Underwood, who responded with a little shade of her own.

“Hey, I know my music isn’t for everyone, but I love what I do and I love being a part of @SNFonNBC ! ❤️ I am one lucky lady! I also love women who build other women up…just saying…👍” Carrie tweeted on Dec. 17. “Today, let’s be positive. Let’s be NICE to each other. Let’s do something nice FOR someone else. Smile at a stranger. It’s the start of a new week! Today is precious! Don’t waste it! Sending love and cheer to you all!!! ❤️❤️❤️ #LoveWins”

One on hand, it’s cool that Carrie understands that not everyone is going to be a fan of her music. On the other hand, if Jessica doesn’t like the song, she should be able to express it without being called out for not “supporting women,” as if her personal tastes have to be sacrificed in the name of women empowerment, right? “Sorry that I dissed ‘Game On’ in my tweet about Cris Collinsworth’s slides,” she tweeted after Carried called her out publically. “I didn’t mean to upset Carrie or her fans, and I’m all about supporting women too. I just miss ‘Waiting all day for Sunday Night.’ “

Carrie has been kicking off Sunday Night Football since 2013, when she took over for Faith Hill. She debuted her new anthem, “Game On,” at the start of the 2018-19 NFL season in September, replacing the long-running SNF opener, “Waiting All Day For Sunday Night.” The song has been performed in the past by Pink, Faith Hill and Carrie, per Rolling Stone, who updated the theme in 2014 with “Oh, Sunday Night.” Jessica isn’t the only one who disliked the new song, as it got mixed reviews from fans when it first hit the air.

Who is Samira Mighty and how old is she? Love Island 2018 star who QUIT the ITV2 dating show