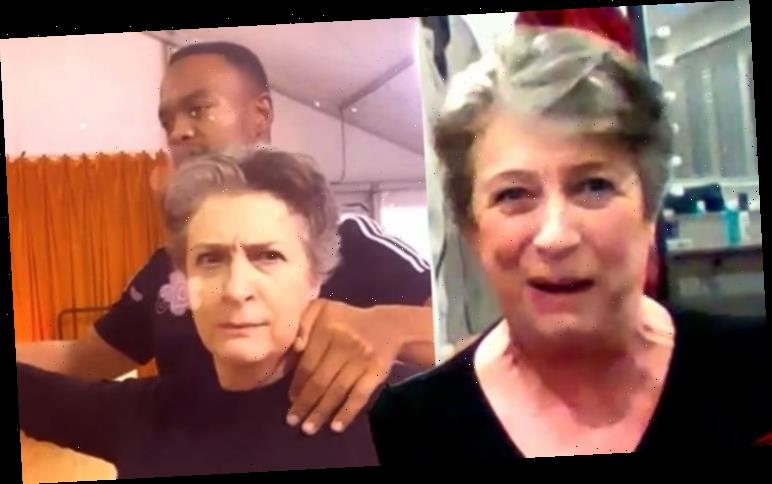 Caroline Quentin, 60, revealed she has brought out another side of her Strictly Come Dancing 2020 professional dance partner Johannes Radebe. The actress told The One Show hosts Alex Jones and Gethin Jones the BBC professional dancer would “love” to silence her.

He’d love to silence me!

It came after the pair joined Alex and Gethin on The One Show last night to discuss what training has been like for them so far.

Caroline and Johannes will be dancing the American smooth for the first time together tomorrow night.

After Gethin joked he wished he could turn Alex’s microphone off, Caroline took the opportunity to take a light-hearted swipe at Johannes.

She laughed: “Johannes found that funny because he’d love to silence me!” 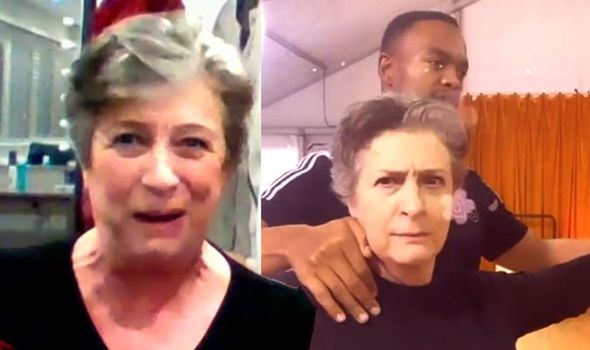 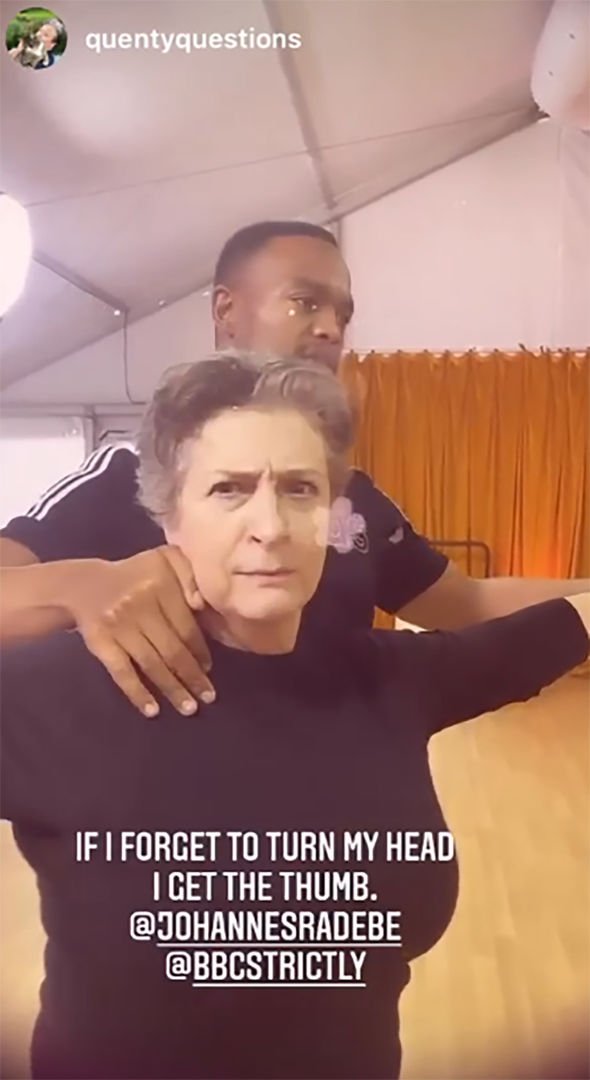 She laughed: “Johannes found that funny because he’d love to silence me!”

“He’s the nicest man in the world he’d never say such a thing!” Gethin replied.

Caroline spilt: “You really don’t know him as well as you think you do.

“He appears to be very nice but there’s some stuff in here that I’ve revealed and it’s not pleasant.” 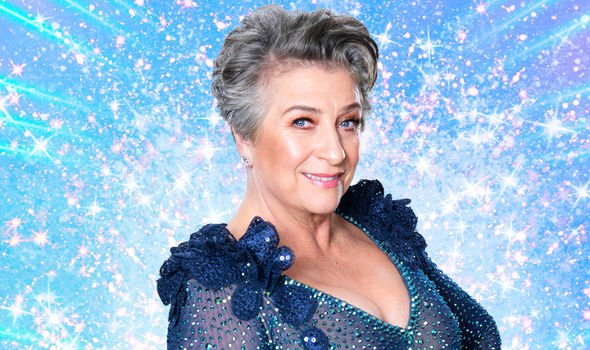 Gethin went on to ask the pair: “How was training today? You’ve literally just finished for the day. How was it?”

Caroline: “Oh god,” to which Johannes ended up laughing.

“I’m so tired, I can barely string a sentence together!” which led the pair to be in fits of laughter.

Alex chipped in with: “Caroline, this is only week one! Come on!”

While Caroline was struggling to speak, Johannes added: “I think it’s hard.

“Dancing is hard and you know what? It is just so amazing to see what she’s willing to put up with every single day.”

He continued: “I mean, we have early mornings and late evenings.

“Lots of breaks, but she gives it her all and I’m very happy.”

Caroline joked: “Sometimes you don’t want it all, sometimes you wish I’d give slightly less!”

It comes after Caroline revealed she isn’t able to hide her true feelings about the first “live show”.

Speaking to Express.co.uk and other press, she said she often feels nervous before performing live as she said: “I am feeling quite trepidatious about the live show. I can’t pretend I’m not.

“I do suffer quite badly from the first night [nerves] when I’m in a play. So it takes me quite a long time to get rid of the shakes and stuff like that.”

She concluded: “I [don’t feel great] physically and I get quite nauseous so I think that might be a hurdle I have to overcome.”

Spoilers: EastEnders' Denise joins forces with Phil to save Raymond from Ellie?