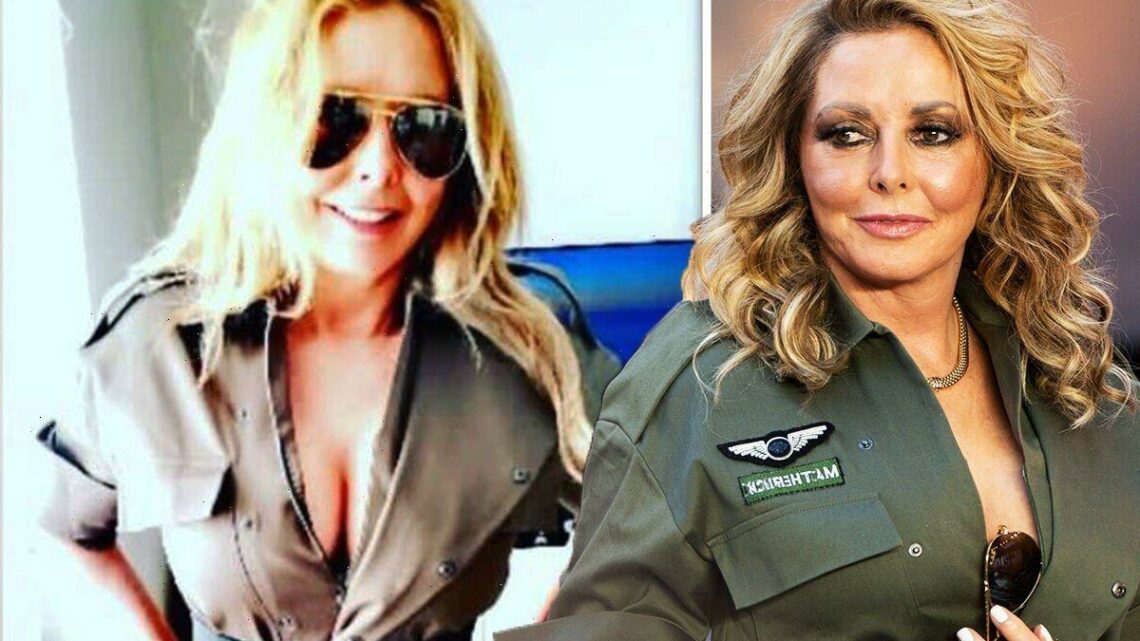 Countdown legend Carol Vorderman has admitted that she “broke the internet” after arriving at the Top Gun: Maverick premiere in London in a busty pilot outfit earlier this week. The star, 61, made the comments on her BBC Radio Wales show where she gushed over having attended the star-studded fim premiere.

I went as ‘Matherick’ in a sort of flying suit, hashtag, girls fly too!

Speaking on her show, the mother of two admitted that she “went a bit mad” with her figure-hugging outfit.

She said: “I’ll tell you what did come, love of aircraft, love of noise and the need for speed came to town, came to London this week.

“I was very lucky to go to the Top Gun premiere

“Looking sensational may I say,” her co-host chipped in.

Carol continued: “I went as ‘Matherick’ in a sort of flying suit, hashtag, girls fly too!” she exclaimed.

“You broke the internet,” her co-star replied.

“I did go a little bit mad,” Carol admitted, adding, “anyway, we love that don’t we.”

“Never want to be knowingly quiet,” she said before continuing on with the show.

Carol stole the show as she rocked a flight suit for the Top Gun: Maverick premiere in London on Thursday evening.

She stunned in a khaki jumpsuit that hugged the presenter’s famous curves at the star-studded event.

The beauty had previously hinted she had planned to rock her Top Gun pilot suit for the film’s London premiere and the age-defying beauty did not disappoint.

The mathematician almost spilled out of the low-cut jumpsuit as she left the top buttons undone.

Carol accessorised the outfit with a black belt that cinched her tiny waist.

She teamed her look with a pair of heeled boots which elongated her long legs.

The on-screen star posed for pictures wearing aviator sunglasses and later placed them on her outfit.

Earlier in the day, Carol had taken to Instagram to tell her 221,000 followers how much it meant that she had attended the glitzy event.

She shared a series of snaps from her time learning to fly a plane before gushing over her hobby.

Carol wrote: “You know the ONLY thing I ever wanted to be growing up and probably since….is a fighter pilot.

“I was born 20 years too early, they didn’t take women pilots in the military in my day but I got my licences in my 50s which closed a happy circle.

“So tonight isn’t just a red carpet or a movie for me. It’s much more meaningful I guess.

“I feel the need….the need….to say thank you,” she ended her post.