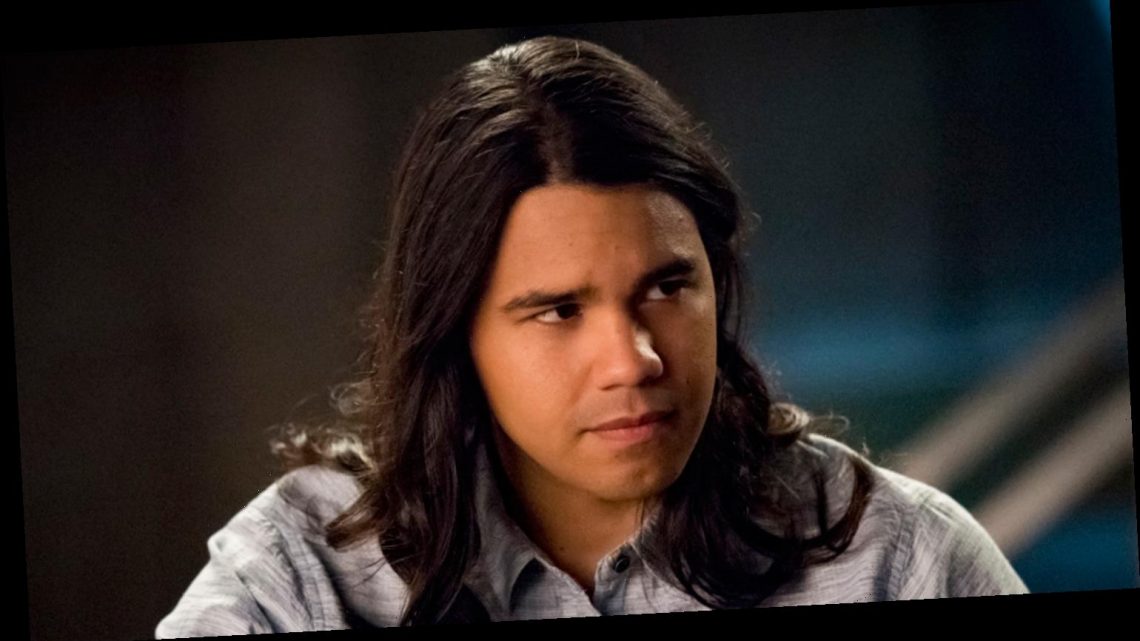 Cisco works to solve a murder in tonight’s all new The Flash!

In “Kiss Kiss Breach Breach”, Cisco’s (Carlos Valdes) faith in his ability to fill Barry’s (Grant Gustin) shoes as Team Leader is upended when he learns of a shocking murder.

Meanwhile, Killer Frost (Danielle Panabaker) trusts no one except herself to hunt down the dangerous Ramsey Rosso (Sendhil Ramamurthy).

Carlos opened up about getting to explore more of Cisco’s relationship with Kamilla.

“I actually haven’t gotten the chance to explore something a little more chill in terms of a relationship. So, this is the first time I feel like I’m exploring normality and the ramp up to some kind of domesticity, which feels nice,” Carlos told EW. “It feels chill. It feels like the stakes are a little lower. I don’t have to worry about her father murdering me. I say that’s a step in the right direction. So, yeah, I’ve had a lot of fun exploring that because it’s a different color. I love exploring variety in the character and his relationships.”

Tune in to The Flash TONIGHT (November 5) at 8pm on The CW!

“It’s been awhile since I’ve sort of had a Cisco-centric episode to work on,” he added. “It’s a very heavy episode… Put yourself in Cisco’s shoes: Barry tells you, ‘Hey, I want you to be team leader’ and you process it and you think to yourself, ‘Okay, I think I’m ready for that responsibility. I’m gonna think about it. I’m gonna slowly muster the confidence to really put my best foot forward.’ Then, in the very next episode, [someone] gets murdered. Not only that, but you’re charged with the responsibility of figuring out who [committed] the murder.”

“I’m just trying to pull all of this together while Kamilla is just being an incredible, incredible partner and trying to make sure that I know that she’s there for me. It’s kind of a clusterf– of emotions,” Carlos continued. “It’s very interesting relationship dynamics in this episode, but definitely difficult ones. Considering all of the things that relationship goes through in this episode, I have to imagine it’s a much stronger relationship by the end of it.”