Home » Celebrities » Cardi B Vs. Offset: Why She Would Almost Certainly Win Custody Of Kulture If They Divorce 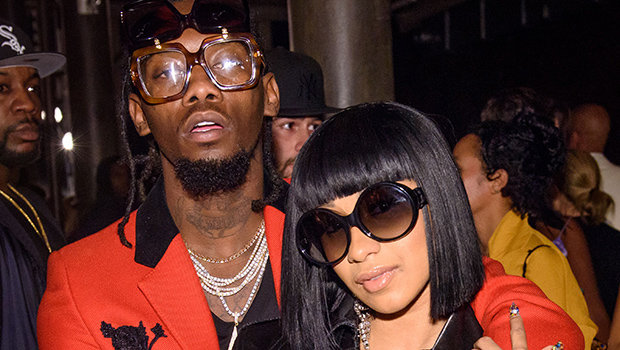 Cardi B Vs. Offset: Why She Would Almost Certainly Win Custody Of Kulture If They Divorce

Following news of Cardi B’s split from Offset on Dec. 5, HL EXCLUSIVELY spoke to a family law attorney from Georgia (where the rappers married). It’d be ‘uncommon’ for Cardi not to win primary physical custody of Kulture!

Hours after Cardi B, 26, announced she’s “not together” with estranged husband Offset, 26, she shared her first picture of their five-month-old daughter, Kulture Kiari Cephus, on Dec. 5. It begged the question: who would get primary custody of the baby, should this split become even more official with divorce paperwork? With no signs of reconciliation yet — save for one angst-ridden tweet from Offset — HollywoodLife EXCLUSIVELY spoke to Jonathan V. Dunn, P.C., a family law attorney in Georgia, as it’s the state on the rappers’ marriage certificate (dated Sept. 20, 2017).

“Georgia recognizes two different types of custody: physical, which pertains to parenting time; and legal, which pertains to decision-making authority,” the attorney explained, regarding the scenario if Cardi and Offset get a divorce. So, while there isn’t a “legal presumption in favor of either parent,” Vann revealed that it’s “uncommon for the mother of a child of tender years not to be awarded primary physical custody of such a child.” To break that down, Kulture would most likely live or spend most of her time with Cardi, but big decisions would be equally delegated among the parents. The family law attorney elaborated on what those major decisions entail. “Parents typically share joint legal custody, with one parent having tie-breaker authority over decisions affecting the child in each of four principle domains: education, non-emergency healthcare, extracurricular activities, and religious upbringing,” Vann told us.

And that brings up the next big factor in child care after a divorce: child support. “In Georgia, the court is required to consider the financial circumstance of both parents in calculating child support,” Vann continued. Cardi is estimated to be worth $8 million, while Offset doubles that with an estimated net worth of $16 million, according to Celebrity Net Worth. There’s a lot that goes into coming up with the final agreed payments! “Additional factors affecting child support include: childcare costs, health insurance, uncovered medical expenses, and extraordinary costs for education, medical or extracurricular matters,” our attorney insider went on. “Child support is calculated using the Georgia statutorily approved worksheets that are available online [the Georgia Online Child Support Calculator].”

But a custody and child support battle is not yet underway, as there may be hope for the love between these parents! As we’ve told you, there’s “definitely a possibility that Cardi would give [Offset] another chance” in due time, according to what a source close to the “I Like It” rapper EXCLUSIVELY told us on Dec. 10! However, she’s still reeling from being “publicly embarrassed” after her former lover was accused of planning a threesome with rapper Cuban Doll and Instagram model Summer Bunni, both 20, when she was still pregnant! But we learned how a post-nup, which is an agreement you sign after already tying the knot, could save Cardi and Offset’s failed marriage!

“A post-nup, also known as a reconciliation agreement, can be an effective mechanism for restoring trust in troubled marriages. It is most commonly implemented in cases involving infidelity or substance abuse as a corrective measure by providing an agreed upon consequence, such as a bar to recovery or a liquidated damages clause in the event that misconduct resumes,” Vann also told us. The family law attorney then added, “These same provisions can be included in a prenup as well; however, one distinguishing feature of the post-nup is that it preserves the innocent spouse’s ability to revive the misconduct claims as grounds for divorce by making reconciliation expressly conditioned on the errant spouse’s abstention from further misconduct.”