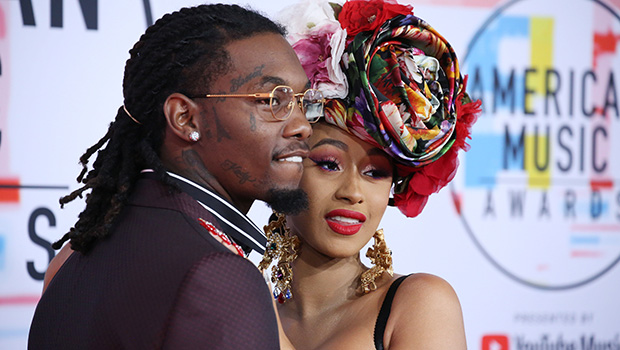 Baby Kulture is talking at just six months old! Cardi B took to Twitter on Feb. 3 to reveal her daughter said her first word — find out what it is here!

Cardi B and Offset’s little girl is growing up so fast! Kulture Kiari Cephus is just a week shy of 7 months old, and she’s already talking. “My baby just said papa,” Cardi tweeted on Feb. 3. “My wittlee baby.” Cardi and Offset have gone through some major ups and downs since Kulture’s birth last July, but they’re finally in a good place (for now), and we love that she had this major life milestone while her parents are reconciled.

Cardi and Offset split in December, but last week, she confirmed they’ve been working on things in their marriage. The separation came amongst cheating rumors, and ever since, Offset has been doing whatever it takes to prove to Cardi that she can trust him. The two reunited at the end of December, but at the time, Cardi was clear that it was purely for sex. Now, though, they appear to be back together for real, and even spent a significant amount of time together in Atlanta this weekend leading up to the Super Bowl.

Both Cardi and Offset’s group, Migos, performed at pre-Super Bowl events, and the on-again couple was even photographed packing on some major PDA during a party on Feb. 2. Despite their busy schedules, though, they remain committed to parenting their daughter, and all the quality time seems to be working since she’s already talking!

Before the Super Bowl, it was speculated that Cardi might show up as a surprise performer during Maroon 5‘s Halftime Show. After all, she’s features on the band’s massive 2018 hit “Girl Like You.” However, Cardi revealed ahead of the game that she made the decision to stand with Colin Kaepernick — who is currently suing the NFL and accusing the league of black-balling him because of his National Anthem protests — instead of taking the stage.

Cardi B Reveals Kulture, 6. Mos., Has Said Her Very 1st Word — What Is It?
World News