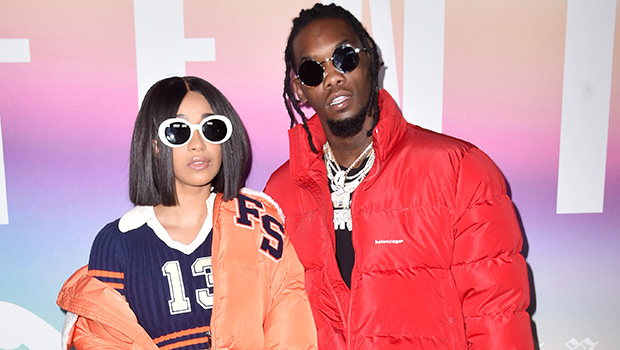 That’s one way to diss Kulture’s dad! Days after Cardi B announced her split from Offset, the new mom told her baby girl she got her stinky feet from him. Take a look!

Cardi B, 26, welcomed her daughter Kulture five months ago, and celebrated the milestone moment with a hilarious Instagram video. In the Dec. 10 post, the new mom was lying in bed with her baby girl. While the little one’s face couldn’t be seen, Kulture was clearly cooing, pumping her legs and waving her arms while wearing a gray onesie that read KULTURE across the chest. But as cute as she was, Cardi’s voice in the background — and her subtle jab at Offset, 26 — stole the show! “Five months today baby,” she said. “Five months today and your feet stinky. Why your feet stink so much? You got your daddy’s feet because momma’s feet never stink. Your feet stink.” LOL!

Recall Cardi officially announced that she and Offset were over in a since-deleted video. “I’ve been trying to work things out with my baby father for a hot minute now,” she said on Dec. 4. “We’re really good friends and you know, we’re really good business partners. He’s always somebody that I run to, to talk to, and we’ve got a lot of love for each other. Things have just not been working out between us for a long time. It’s nobody’s fault, I guess we just grew out of love, but we’re not together anymore. I don’t know, it might take time to get a divorce. And I’m going to always have a lot of love for him because he is my daughter’s father.”

Just one day after her big reveal, Cardi released the very first shot of her baby girl to the world. Kulture was as cute as could be in a bib with her name on it. We’re starting to see a trend here!

We kind of assumed that after giving fans a glimpse of her baby, Cardi would stop posting zoomed-in footage of her daughter’s feet and hands — but we have yet to see her in motion.

Why Is Comedy Central Being Called 'Chump of the Week' by 'Detroiters' fans? – The Cheat Sheet