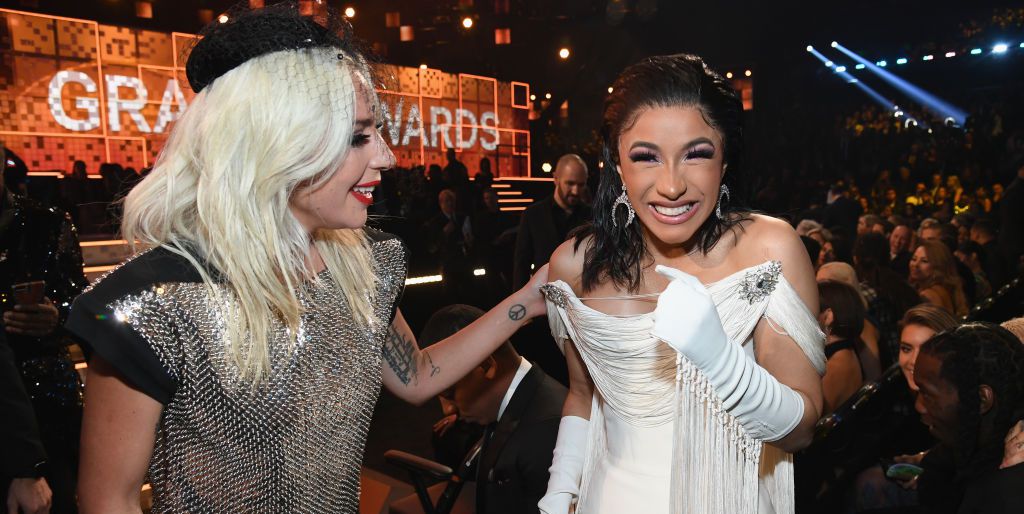 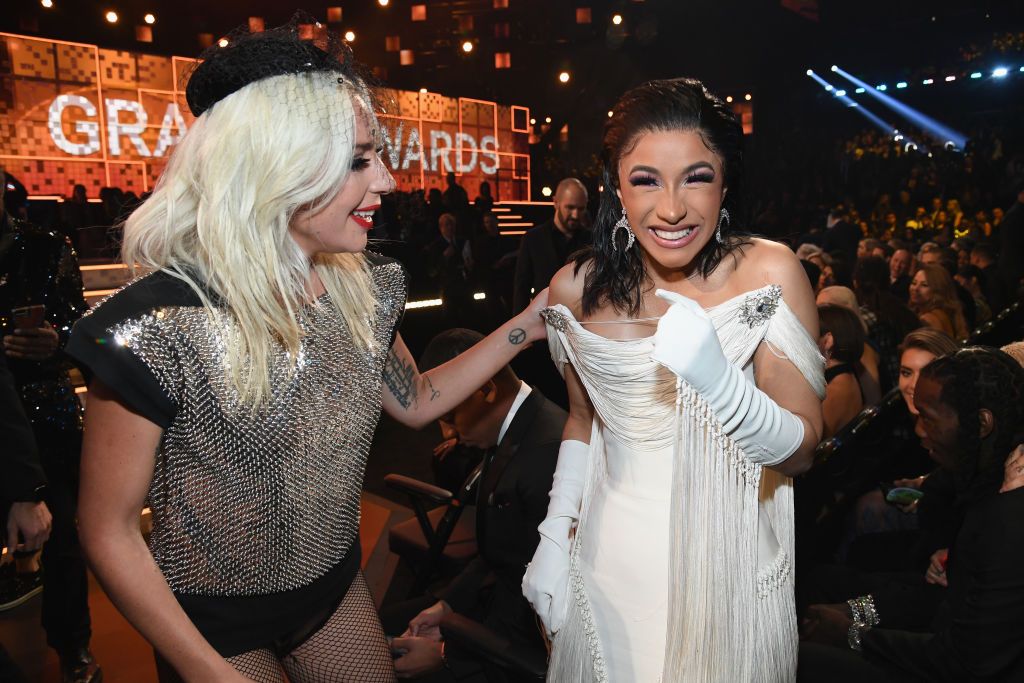 Cardi B’s dreams came true last night when she won her first-ever Grammy Award—and when she met Lady Gaga. Behind-the-scenes photos from last night’s ceremony show the two stars meeting in the audience, and the rapper’s reaction is nothing but pure joy. 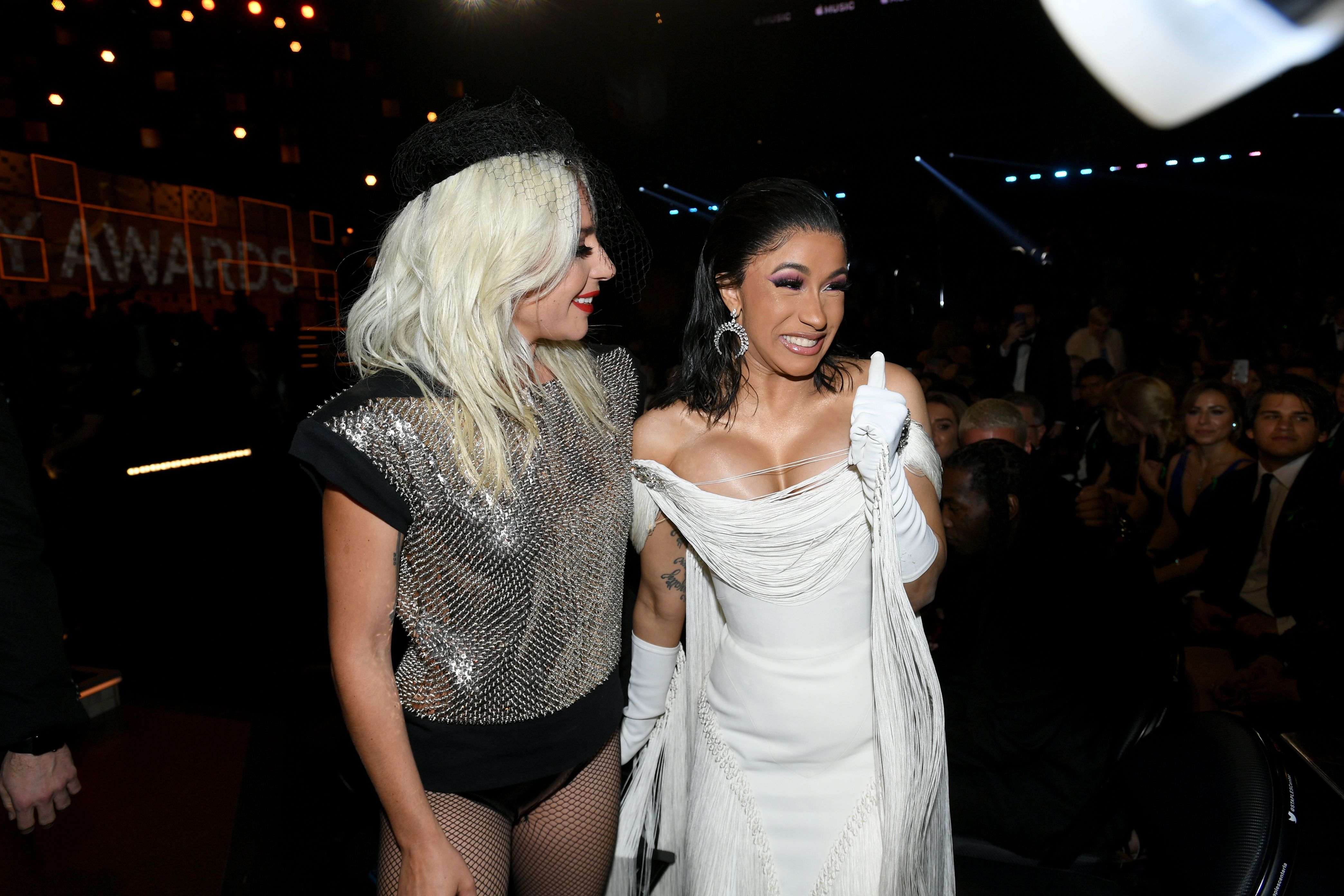 The two stars greeted each other, hugged, and posed for the camera together. We’re dying to know what they said in their private convo. 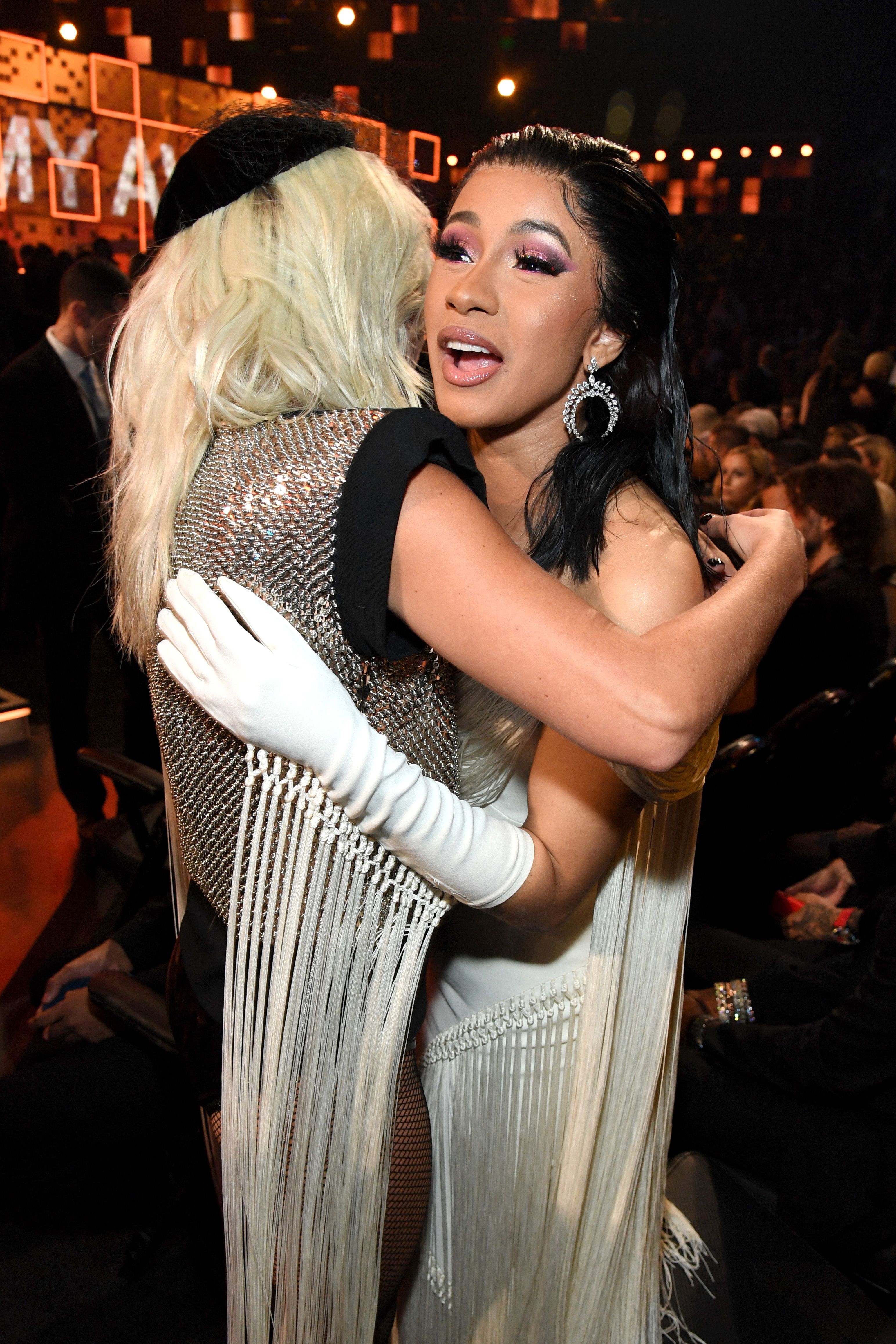 They also made a fashionable duo, with Gaga in a sequined top, black briefs, and fishnet tights from Celine by Hedi Slimane and Cardi with a number from the archives: a white fringed gown from Thierry Mugler’s Spring 1997 collection. 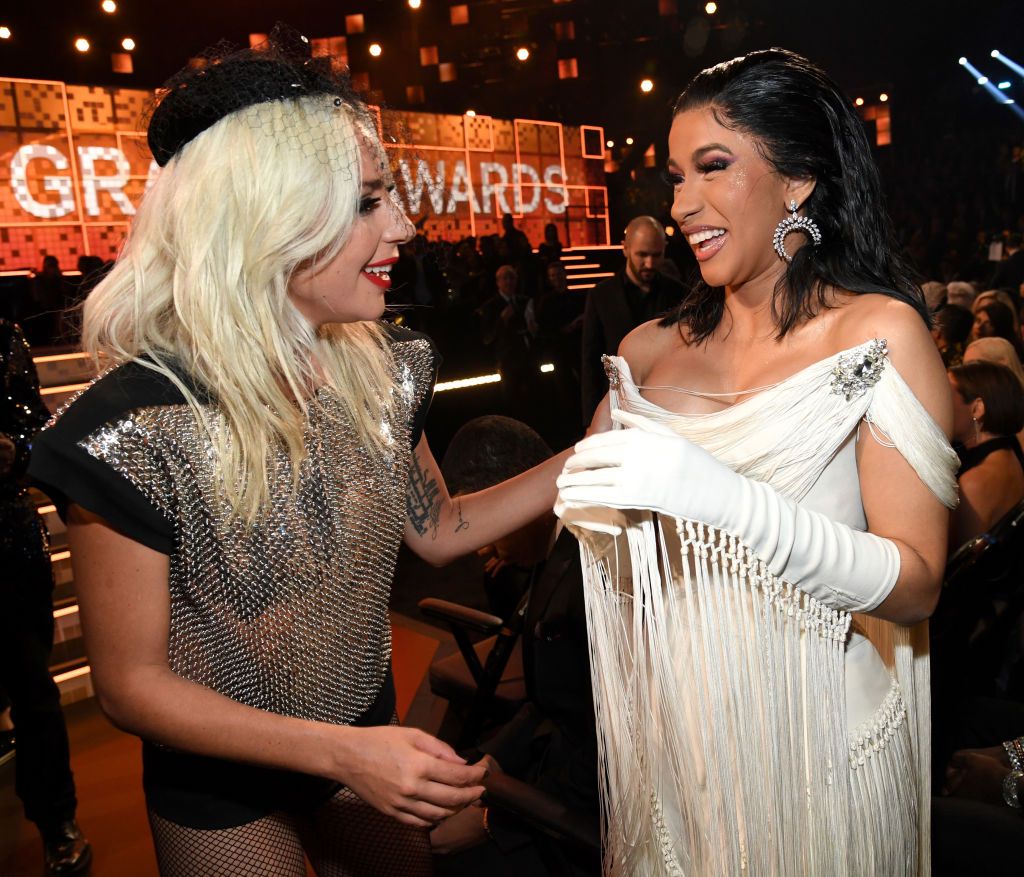 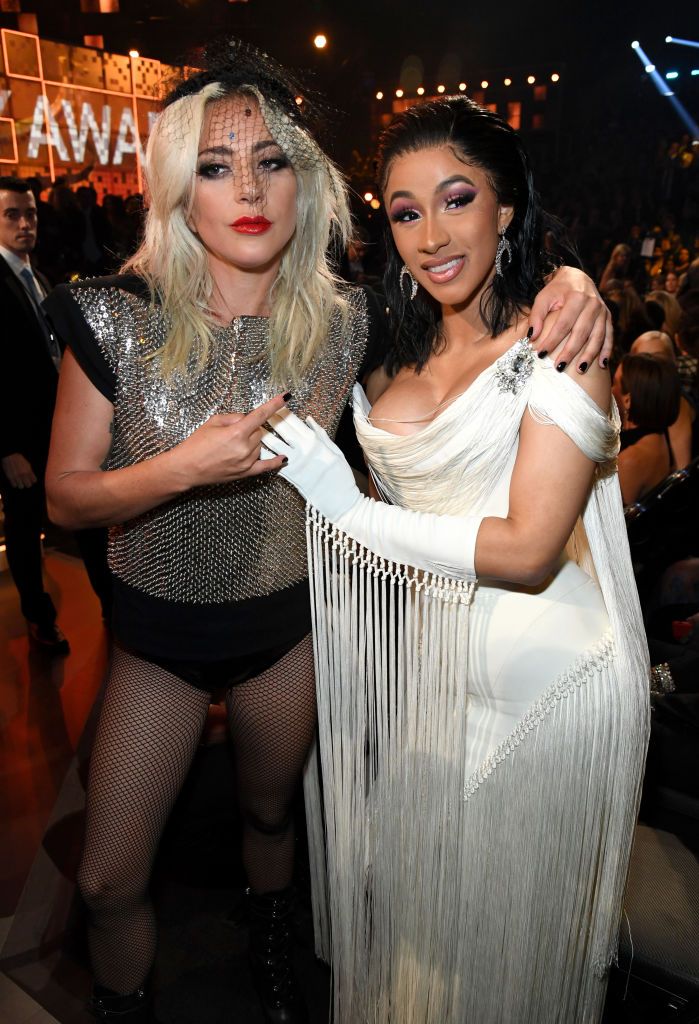 Cardi is known to be a longtime Lady Gaga fan. Last year, a video of her performing “Bad Romance” at her high school talent show went viral, and Mother Monster herself even came across the throwback clip on social media.

“I LIVE,” she wrote while retweeting the video in April 2018.

She also quoted Cardi’s “Get Up 10” track in another tweet. “Fall down 9 times but I get up 10! @iamcardib SPEAK WOMAN,” Gaga wrote.

The “Born This Way” singer also caught sight of a tweet Cardi posted in 2016, citing Gaga as one of her role models. “When I was a teenager lady Gaga changed my life,” Cardi wrote. “She inspired me to be myself & be different.” 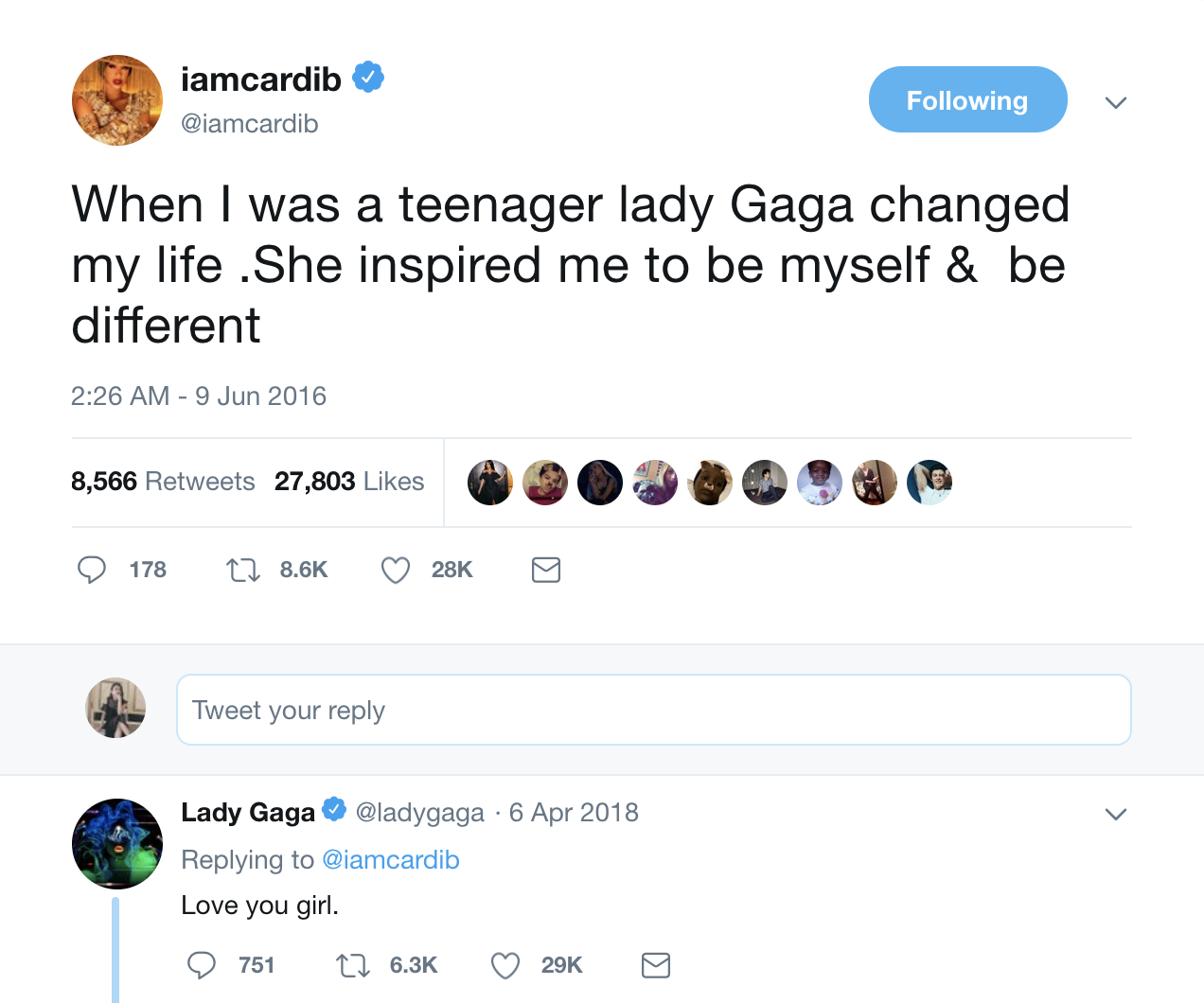 Cardi had also said at the 2017 VMAs that one of her dream collaborators is her “idol,” Lady Gaga. “I wanna let you know that I love you, bitch!” the rapper said in a red carpet interview with Billboard.

Let’s hope their meeting last night is a precursor to the collab of our dreams.