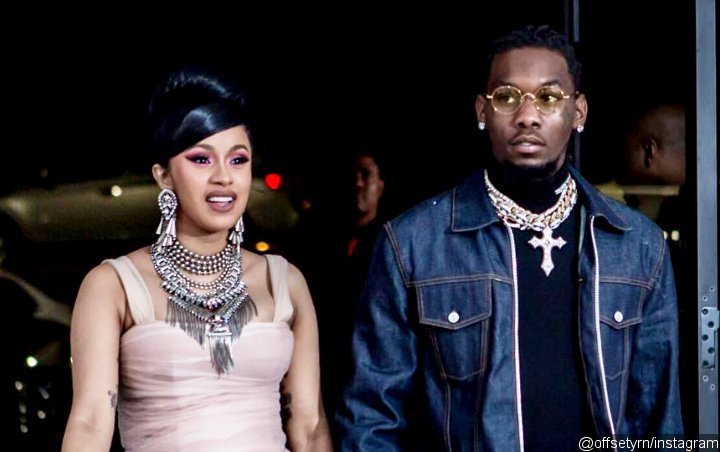 AceShowbiz –
Is this why Cardi B not in a rush to legally end her marriage to Offset? The “Bodak Yellow” hitmaker recently announced her split from her husband of one year and now report emerges that she’s pregnant with their second child. “Cardi’s pregnant again. Her and Offset don’t use protection [contraception]. So, of course, she was going to get pregnant again,” a source tells MTO News.

This reportedly complicates their situation as the so-called friend of the Bronx femcee is not sure that she will go through with a divorce. “Cardi’s pregnant, so her emotions are everywhere. I bet they get back together,” the source says, but adds that Cardi is holding strong on her “breakup.”


Cardi announced her separation from Offset in an Instagram video posted on Tuesday, December 4. “I’ve been trying to work things out with my baby’s father for a hot minute now. We’re really good friends and we’re really good business partners,” she said, “but things just haven’t been working out between us for a long time.”

Hinting that their split was amicable, she said, “It’s nobody’s fault, I guess we just grew out of love, but we’re not together anymore.” She added, “It might take time to get a divorce.”