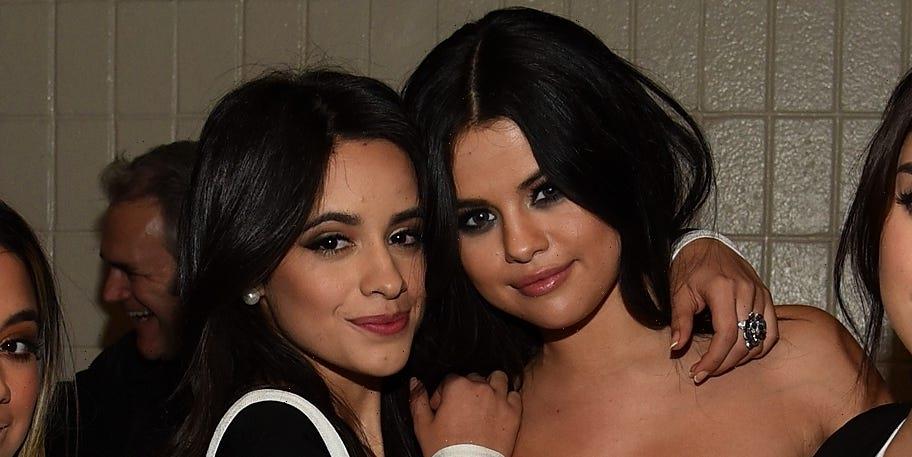 Camila Cabello has been open about her mental health since her Fifth Harmony days, and in a recent conversation with friend Selena Gomez for Wondermind‘s May cover story Camila opened the floor yet again. The “Bam Bam” singer and Rare Beauty mogul, respectively, got candid about their journeys and the overall stigma surrounding mental health.

“In the moment, everything feels dizzying and overwhelming and like you’re on this ride thinking, ‘Just help me get off.‘ In my mind, it’s a loop, like obsessive-compulsive stuff,” Camila described her experience with anxiety, which she said physically affects her as well. “In my body, it’s a tightness, almost like I can’t move, like my hands are tied and everything is just tied up.”

Camila admitted that she was afraid and felt ashamed to speak up about how she was truly feeling in the past. “I felt really anxious even talking about those things because I think before I went on that journey I was almost scared to be found out, like, ‘This is weird, my brain is broken, this isn’t normal,'” she told Selena. The Familia singer also revealed that her shame stemmed from the stigma surrounding therapy and medication, which she finds “frustrating.”

“I feel like [the stigma] exists even more in the older generations. People like my parents’ age have such shame about needing therapy or feeling anxiety. The stigma around saying that you need help is something that frustrates me because sometimes people can be like, ‘No, I don’t need that, I just need free time,’ or whatever,” she said. “Obviously that’s valid, but just because you’re in therapy doesn’t mean something is more wrong with you than other people. We all have things that we could work on, we all have tools that we could learn, and it doesn’t mean that you’re ‘crazy’ or ill.”

Camila went on to say that her vulnerability and candidness about the topic have helped her in the healing process. As for the best advice she’s received about coming to terms with her mental health, the 25-year-old singer says that “faking or pretending” that things are okay was the “worst thing for [her] mental health.” She explained that she shares the truth and talks things out with her therapist instead.