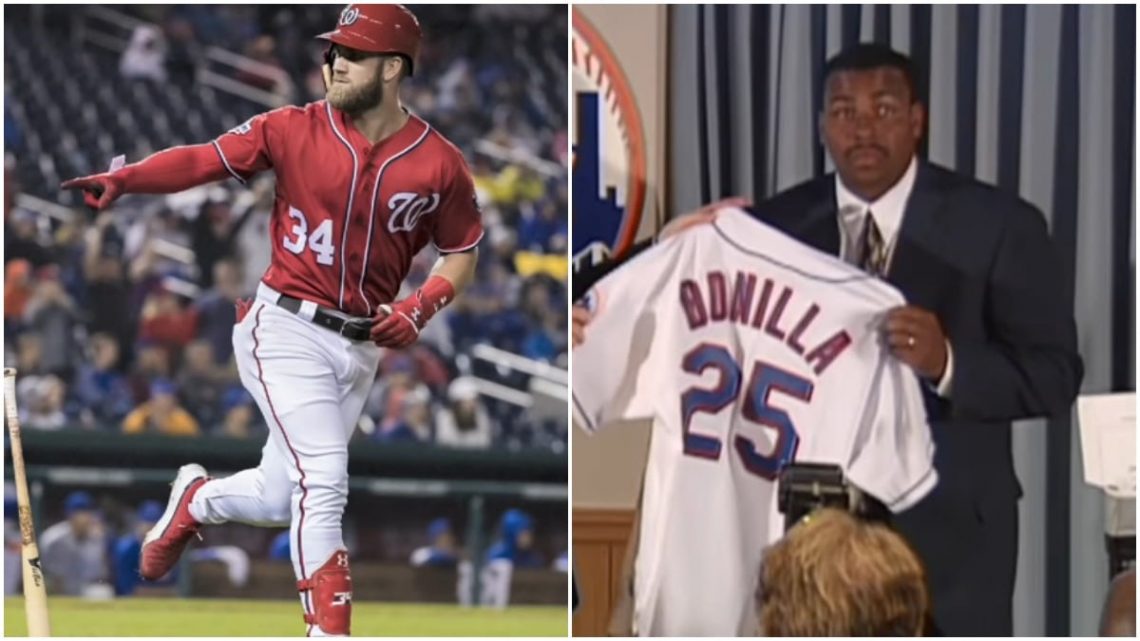 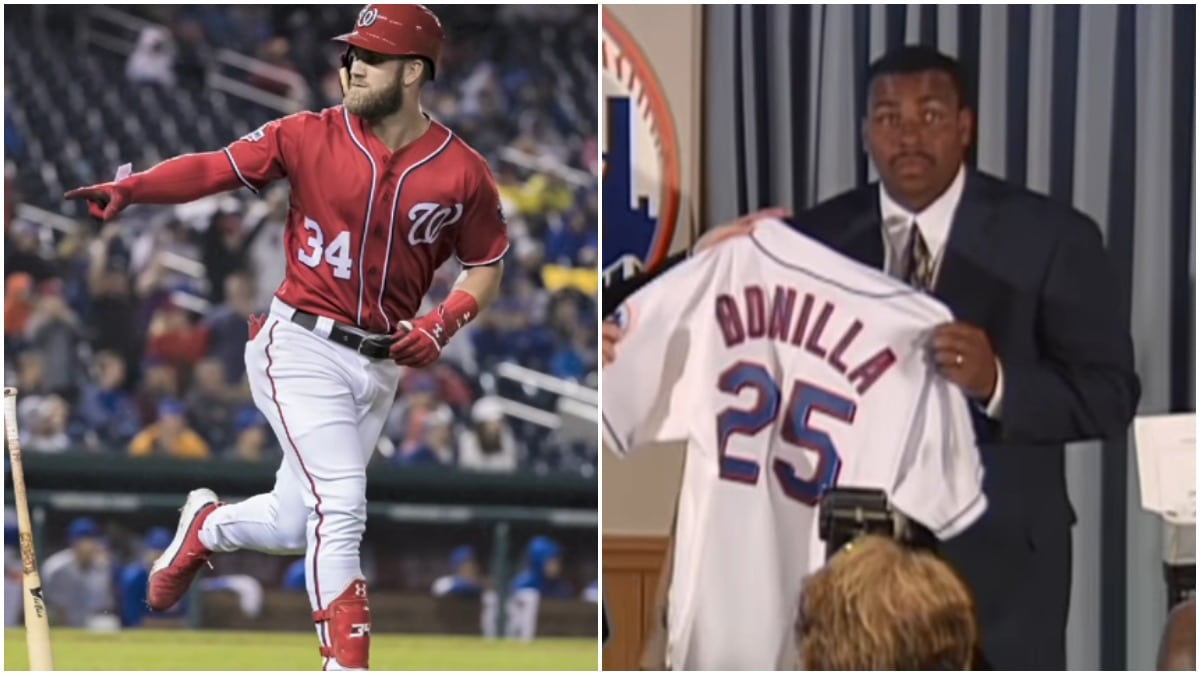 Bryce Harper just signed a monster deal for 13 seasons with no opt-out clause and a no-trade clause. However, even at that length, the Harper contract details won’t come near the ridiculous Bobby Bonilla contract details — a contract that is still active to this day.

Just to catch people up to date, the Bryce Harper contract details call for the superstar to make $330 million over 13 seasons. While it is not as high per year as the Manny Machado contract, it is the highest overall total a player has ever been paid in MLB.

Neither Harper nor the Philadelphia Phillies can opt out of the contract during the 13 seasons and there is a no-trade clause, so they can’t trade him unless he agrees to it either.

Despite that, even when Harper’s contract ends, Bobby Bonilla will still be getting paid.

In what has to be the craziest story in MLB contract history, the New York Mets are still paying Bobby Bonilla every year — despite him not playing baseball in well over 5,000 days.

In 2000 the Mets decided they were going to sign Bonilla to a deal that included deferred payments. The payments were set up to last until 2033.

Yes, that is a 33-year baseball contract.

This is a deal that cost the New York Mets a lot more money than they ever should have paid Bobby Bonilla.

The deal occurred in 2000 when the Mets realized that they still owed Bonilla $5.9 million. The team didn’t want him anymore after he only played in 60 games and hit a basement low .160 batting average in 1999.

So, to get rid of him, they made a deal. They agreed to pay him the money in a deferred deal that didn’t start until 2004. The agreement was to pay him in yearly installments with an eight-percent annual interest rate added on.

The deal paid its first payment in 2011. By the time that the Mets finish paying Bonilla his money, with interest, it will end up being $29.8 million.

The Mets thought they were actually getting the better end of the deal because they felt their investments at the time would return more money on that original $5.9 million they owed and come out ahead. That money was invested in Bernie Madoff’s scam so they never made that profit.

Bobby Bonilla will be 70 when he gets his last contract payment from the New York Mets.

When it comes to Ichiro, the Seattle Mariners still owe him $25 million  — money he could make through the year 2032.

Ichiro, 43, is still playing baseball for the Miami Marlins but his career is likely coming to an end.

With that said, he will keep getting paid, as the Mariners still owe him money on a contract he signed in 2007.

The Ichiro contract details called for him to have the $25 million owed to him deferred into an account that paid 5.5% annually. As soon as he retires, he starts getting paid.

That is 12 years of accrued interest and it is still building.

Neither Bobby Bonilla nor Ichiro will get paid the $330 million that Bryce Harper is getting from the Philadelphia Phillies, but they will be getting paychecks as long as — or a little longer — than the biggest star in baseball.