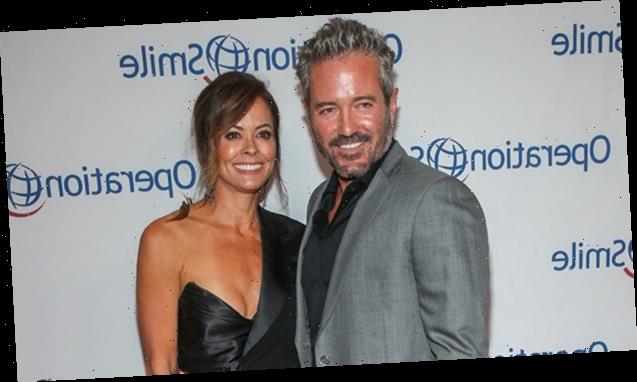 Brooke Burke walked her first red carpet event with her ‘kind and sweet’ boyfriend, Scott Rigsby, at an Operation Smile gala. The TV host couldn’t stop raving about her beau!

This budding romance has moved to the red carpet! On Nov. 6, Brooke Burke’s plus-one to Operation Smile’s Hollywood Fight Night  at the Beverly Hilton Hotel was none other than her new boyfriend, Scott Rigsby! The date also served as their red carpet debut as a couple, after the public first became aware of Brooke’s romance with the real estate tycoon, thanks to PDA photos taken on a beach in Malibu that surfaced in August. They looked just as smitten at Wednesday night’s gala, hosted by Brooke, 48, where the television host was seen getting affectionate with Scott on the red carpet. For the first time ever, Brooke and Scott also did an interview as a couple!

Acknowledging that the Operation Smile event was their first red carpet event as a united front, Brooke told reporters, “I was just wondering how this is going to go. I’m like, ‘Hey honey, you want to go to an event with me?’ This was a whole lot, but you know, he’s been a great sport and super supportive and really sweet and cute.” And yes, they’re official! “He’s like a boyfriend, yeah, like the B word,” the former Dancing with the Stars host admitted.

Mutual interests have strengthened Brooke’s relationship with Scott. “He’s kind and sweet and he’s a great dad and we we laugh a lot and it’s just nice to have someone to share life with right now. We have a lot in common. He’s a really good guy. Good guy,” Brooke further told reporters. Brooke was in good spirits, and understandably so — she recently returned from a getaway with Scott to Los Cabos, which her DWTS pals Julianne Hough and Derek Hough tagged along for (along with the siblings’ significant others Brooks Laich and Hayley Erbert).

This was not only Brooke’s first red carpet with Scott, but also with a new love interest since her split from David Charvet, 47. Brooke filed for divorce after nearly six years of marriage to the Melrose Place star in April 2018. They share two children, Shaya, 11, and Heaven, 12 (Brooke also has two daughters — Sierra, 17, and Neriah, 19 — from her past marriage to surgeon Garth Fisher).

Celebrity News UK: Latest updates at 5am from the last 12 hours
World News