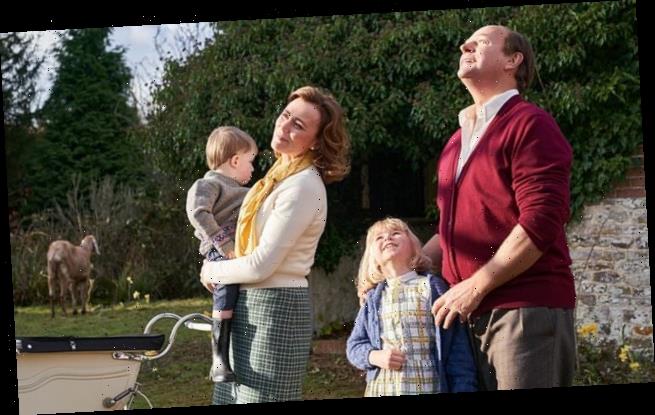 These Dahls in despair are too darned wholesome: BRIAN VINER reviews To Olivia

Forty years ago, a made-for-TV film called The Patricia Neal Story chronicled the aftermath of a series of devastating strokes suffered by the Oscar-winning American actress in 1965, and the uncompromising way she was cared for by her husband, author Roald Dahl.

Now, in To Olivia, it is the turn of a pair of small-screen A-listers, Keeley Hawes and Hugh Bonneville, as the focus turns to an earlier episode in the couple’s life, devastating in a different way: the death, aged seven, of their firstborn child and the tragedy’s impact on their already brittle relationship. 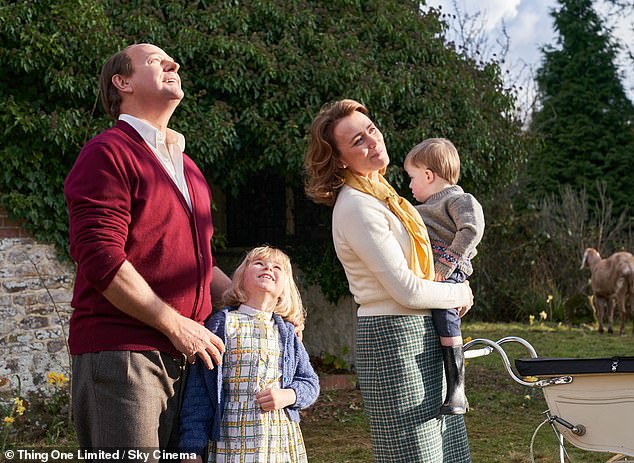 John Hay’s film, informed by a biography of Neal, begins in November 1961.

It is a year before Olivia dies of encephalitis, caused by measles, and with the help of a swooning score we are pitched straight into a picture-postcard Buckinghamshire of village duckponds and old fashioned sweet shops, in which the Dahls live in genteel poverty.

Roald’s last book, James And The Giant Peach (dedicated to Olivia), didn’t sell very well and Patricia isn’t landing the roles she wants. There is friction between them but, confronted by her beauty and his twinkly-eyed charm, it never seems to last.

Then Olivia (Darcey Ewart) falls ill and dies, sending Roald, the former fighter pilot, into a tailspin of despair.

Olivia was his favourite, and he doesn’t mind letting her younger sister Tessa (very sweetly played by Isabella Jonsson), know it. There is also a son, Theo, left brain-damaged after a taxi struck his pram in New York.

The marriage starts to disintegrate. The couple go to visit Roald’s old headmaster, the former Archbishop of Canterbury Geoffrey Fisher, played as a crusty old fool by the late Geoffrey Palmer in his final screen role.

The Dahls hope he might help them tackle their grief. He does nothing of the sort.

Then Patricia accepts a role in a Hollywood movie, Hud, and while Roald stays at home drowning in whisky and self-pity, takes the children off to Los Angeles.

They are put up in a handsome house that eagle-eyed audiences will recognise as Joldwynds, the modernist Surrey mansion in which the recent remake of Blithe Spirit was set. A computer-generated Pacific ocean sparkles in the background. 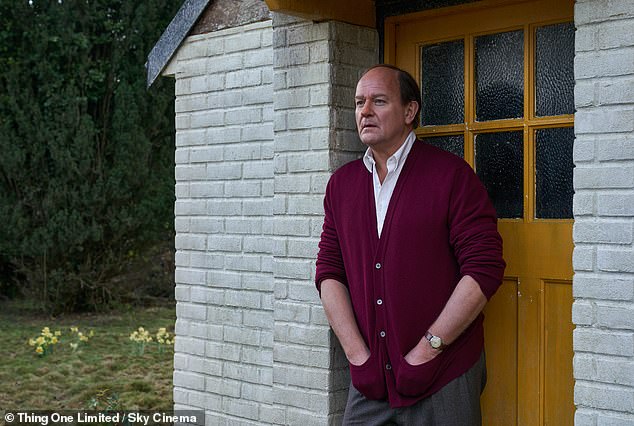 I yield to nobody in my admiration of Bonneville and Hawes, both so splendid so often, and by no means typecast by their most familiar roles

Roald, meanwhile, accompanied only by a vision of his own boyhood self, has been working in his garden hut on a new book he decides to call Charlie And The Chocolate Factory.

He rediscovers his confidence, too, as well as his fatherly responsibilities. Success is just around the corner for both of them — an Academy Award for her, gigantic literary acclaim for him. Of her impending health crisis, there is no hint.

All of this is well and good, and never less than perfectly watchable. But the clues to why this film isn’t quite truthful lie in those long-ago performances of Jackson and Bogarde.

Call it rattiness, call it waspishness, or pick another word not animal-related, but it came naturally to them in a way that it doesn’t to the genial patriarch of Downton Abbey and the lovably scatterbrained matriarch of The Durrells.

Now, I yield to nobody in my admiration of Bonneville and Hawes, both so splendid so often, and by no means typecast by their most familiar roles.

But for all the work that was done to give him an appropriately high-domed forehead, and her movie star looks notwithstanding, they are both a little wrong here.

Do any reading up on Tessa’s wretched childhood or Roald’s vicious anti-Semitism and it becomes clear that the casting, nearly as much as the script and direction, soft-soaps a story that should really feel like a hard, painful scrub.

Another actress used to playing the English rose plays another hard-boiled American in I Care A Lot, a black-as-pitch comedy-thriller that grips the attention from its opening frame and only briefly lets go.

Rosamund Pike is terrific as Marla Grayson, an impeccably groomed legal guardian for the elderly and infirm who, behind her veneer of professional compassion, is an irredeemable con artist, fleecing her wards of their life savings. 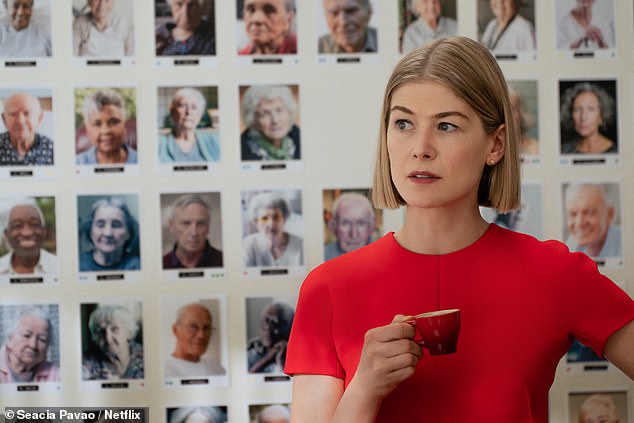 Rosamund Pike is terrific as Marla Grayson, an impeccably groomed legal guardian for the elderly and infirm

But when she and her co-conspirator and lover Fran (Eliza Gonzalez) target the well-to-do Jennifer Peterson (Dianne Wiest) for their scam, they cut themselves badly opening a can of worms, which yields Peter Dinklage as a Russian mafia boss.

It gets sillier and sillier, more and more improbable and loses its way ever so slightly in the third act. But on the whole it’s huge fun, and a triumph for its British writer-director J Blakeson.

To Olivia is available from today on Sky Cinema; I Care A Lot on Amazon Prime Video. 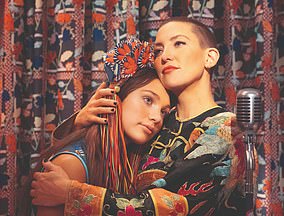 The film stars Kate Hudson as Zu, a troubled and feckless woman who must care for her autistic half-sister Music- played by Maddie Ziegler

Picture someone standing on stage and being pelted with rotten fruit. Just when the momentum seems to be slowing, a putrid banana flies in and the whole fusillade starts up again.

That, in a critical sense, is pretty much what has already happened to Sia, the Australian singer-songwriter, in the wake of her directorial debut, Music (HHIII).

Well, I’m quite capable of unleashing a bagful of overripe plums myself, but the truth is that critical maulings can be oddly infectious and Music isn’t as terrible as all that.

Which is not to say I’d want to see it again, or would recommend it for a fun night in, but the abuse has reached a disproportionate, near-hysterical pitch.

The film stars Kate Hudson as Zu, a troubled and feckless woman who, when her grandmother dies suddenly, must care for her autistic half-sister Music (Maddie Ziegler).

The portrayal of autism and the casting of a non-autistic (or neurotypical) actress is what has provoked most of the criticism, but I confess (admittedly with limited direct experience of the condition) to being rather moved by Ziegler’s powerfully committed performance.

From where I was sitting, the film’s flaws lie more in an uneven narrative and sudden lurches into dreamlike song-and-dance sequences that feel pretentious and indulgent.

In fact, it could hardly be weirder, which in itself is strange, because the subject — the life of Canadian statesman William Lyon Mackenzie King (Dan Beirne) — seems so, well, square.

Instead, it’s a trippy extravaganza, parodying different film styles and toying with gender expectations, as if Monty Python had teamed up with Salvador Dali and together they’d decided to push the boat out. It’s good eccentric fun, in parts, but the fun wears off, leaving only the eccentricity.

Music and The Twentieth Century are both available on digital platforms.