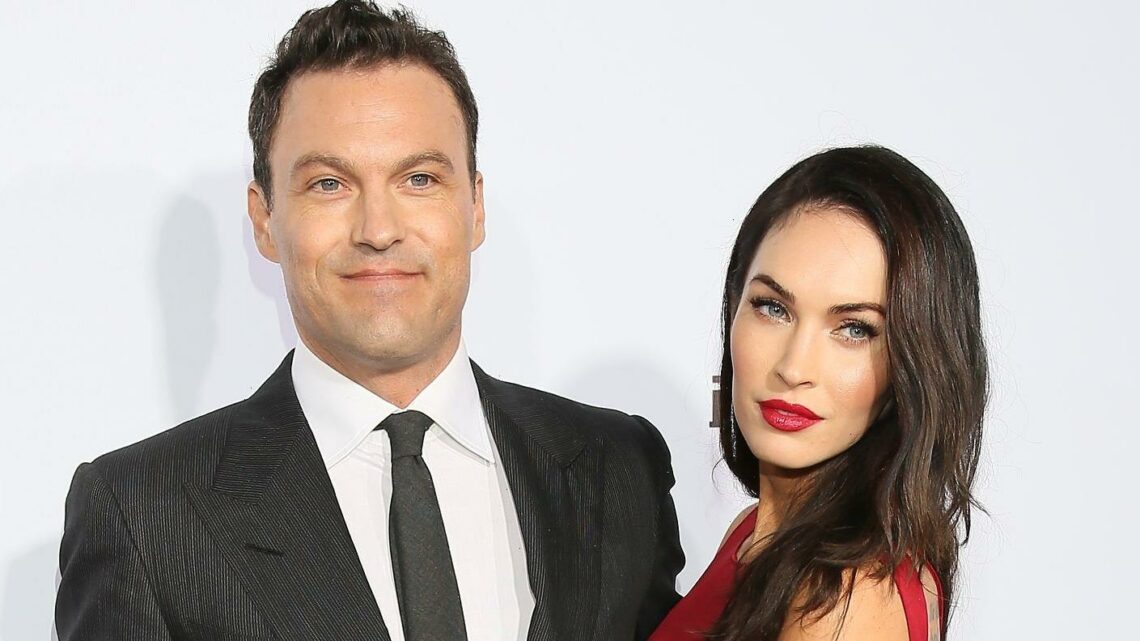 Brian Austin Green just hopped on Instagram to clarify that he and Megan Fox have no drama. Ahem: “For people that need or want clarification. Megan and I get along great,” Brian told fans on his Insta Story. “Neither of us are sending petty digs to each other. We both work really hard to get along and coparent well for our kids. Now stay safe and spread kindness and love.”

In case you ~missed it~, Brian’s comments come after he posted a picture of himself and his new girlfriend Sharna Burgess kissing, which Megan commented on (before deleting said comment). Brian captioned his post “It’s been a really long time since I’ve been with someone I can truly share life with,” which people assumed was some kinda pointed comment about Megan. Then Sharna commented, “There’s no one else I could ever imagine sharing it with. I love you,” which was nothing but cute. And then Megan jumped in with, “Grateful for Sharna” along with some heart emojis.

Seems pretty genuine/nice, but apparently some people thought “petty digs” were being thrown around and…here we are.

So yeah, to recap: there’s no drama between Megan and Brian, they’re getting along great, he’s in a relationship with Sharna Burgess, she’s in a relationship with Machine Gun Kelly, and it’s! all! good! Which marks a significant change from back in February, when a source told E! News that “Brian is definitely not making it easy or doing things quickly. Megan would like to wrap it up and get it finished as quickly as possible, but Brian is not exactly working with her on that.”

PCR test for travel: When do I need the Covid test and how do I book?