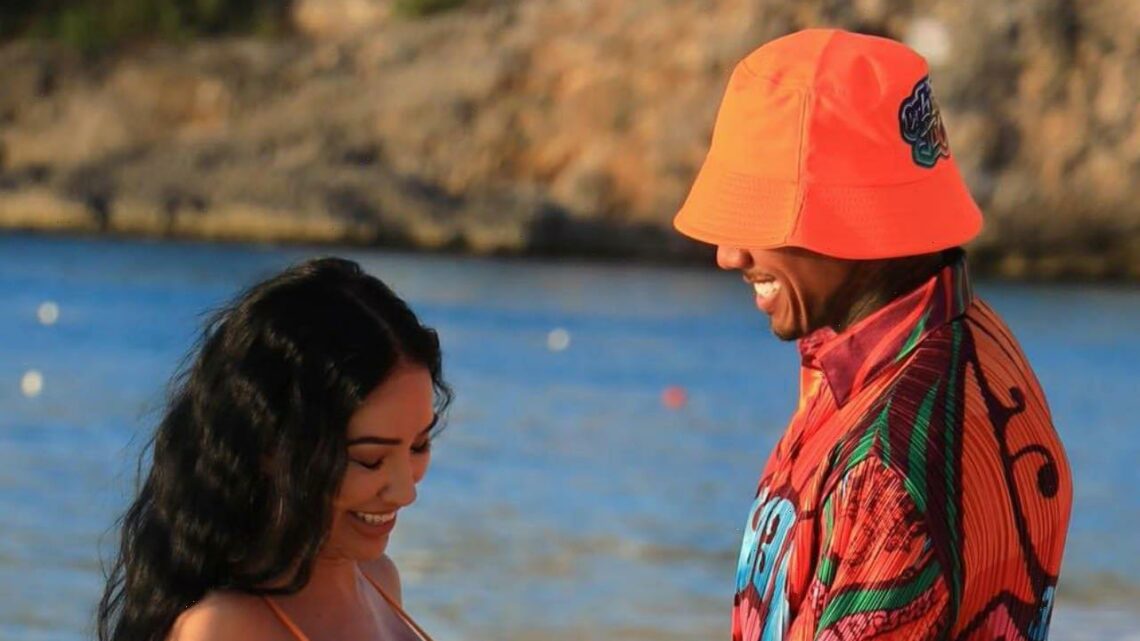 The ‘Masked Singer’ host, who is also a father to seven children with four different women, and the 30-year-old beauty are now expecting a baby together.

AceShowbiz –Bre Tiesi “has faith” Nick Cannon will be a good father to their son. The 30-year-old beauty, who is expecting a baby with “The Masked Singer” presenter, shares that she is confident he’ll still be a “present” to their child despite his large brood.

Of Nick, who shares 11-year-old twins Moroccan and Monroe, five-year-old son Golden, 18-month-old daughter Powerful Queen, and 12-month-old twin sons Zion and Zillion with four different women, Bre said, “As a boy, he’s always going to need his father but I don’t think that’s something I’ll have to tell him. I think he’ll be present on his own. I have faith that he’ll be good.”

She insisted she isn’t worried about the fact Nick, who recently hinted speculation he is expecting another child with Abby De La Rosa, the mother of his youngest twins, is true – has so many children with other women and insisted it “doesn’t actually genuinely affect” her.

She told Entertainment Tonight, “I’m not really opinionated in other’s people business. That’s not really my thing.” She added, “When it first started happening I was just like, ‘I don’t understand why everyone is so concerned. Like, why are you upset about what happens in my household?’ For me, it doesn’t actually genuinely affect me.

“I understand people’s side and they’re used to their conventional relationships. That’s what’s instilled in us. Whatever you want to call this has been going on for years,” she continued.

Though Bre wants her son to be “super close” to his half-siblings, she isn’t in contact with any of the other mothers of the ‘Wild N’ Out’ star’s children. She added, “No, I respect everyone’s space. At some point, we will. We just don’t necessarily need to at the moment. I think no matter what, the kids are going to be super close.”

News of Bre’s pregnancy was made public just two months after Nick and Alyssa Scott’s son Zen died of bran cancer aged just five months. The model admitted they hadn’t wanted the news to get out so soon out of respect for Alyssa and admitted it was a “really hard” time for them all.

She said, “Our plan was to keep this private until it wasn’t such a sensitive time. Like, my heart goes out to [Alyssa]. That was the last thing I wanted to do, was hit her while she was down. And him, you know, they’re both grieving. So, it was really hard. You also want to go out and celebrate your child and new life and this relationship you carried so long. So, it was tough.”