Home » Celebrities » Brandi Carlile: 5 Things To Know About The Singer Performing At The Grammys 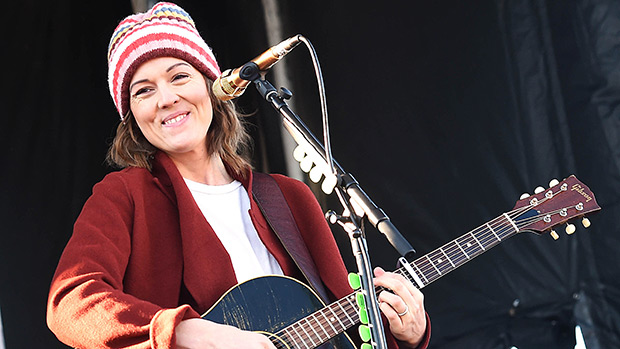 Brandi Carlile: 5 Things To Know About The Singer Performing At The Grammys

Brandi Carlile is hitting the 2019 Grammys stage! Here’s 5 things to know about the performer, who is also the most-nominated woman at this year’s show.

Brandi Carlile, 37, is set for one epic night ahead at the 2019 Grammy Awards. Not only will the singer-songwriter be taking the stage to perform at the show, but she leads the pack of female nominees with a whopping 6 nods under her belt. When it came to nominations, Brandi even pulled ahead of superstars such as Cardi B, and Lady Gaga. As the buzz surrounding Brandi’s all-star year builds, here’s 5 things to know about the songstress.

Brandi was born in the small town of Ravensdale, Washington, a cozy community located 50 miles away from the nearest city, Seattle.

The singer-songwriter may pen songs with a folk heavy sound, but she got her start with a much more aggressive, rock and roll style, via a group featuring twin brothers Tim and Phil Hanseroth.

3. She used to be a backup singer for an Elvis Presley impersonator.

Everyone’s got to start somewhere! Before making it big herself, Brandi worked the stage as a backup singer for an Elvis impersonator.

4. Her new single with Maren Morris is a must-listen.

The two hit-makers teamed up for a powerful new duet “Common,” which appears on Maren’s new album Girl. The song details the search for common ground between human differences, and is stunning!

5. She’s floored by her whopping 6 Grammy nods this year.

And she revealed just how much being the most-nominated female at this year’s ceremony means to her. “Somebody just told me that, in those terms, and I’m honestly in such disbelief, I don’t even know how to speak to it. Wow — what a dream come true. What an honor,” she said in an interview with Billboard.

Who is Helen Skelton, how old is the Countryfile star, who is her husband and do they have kids?