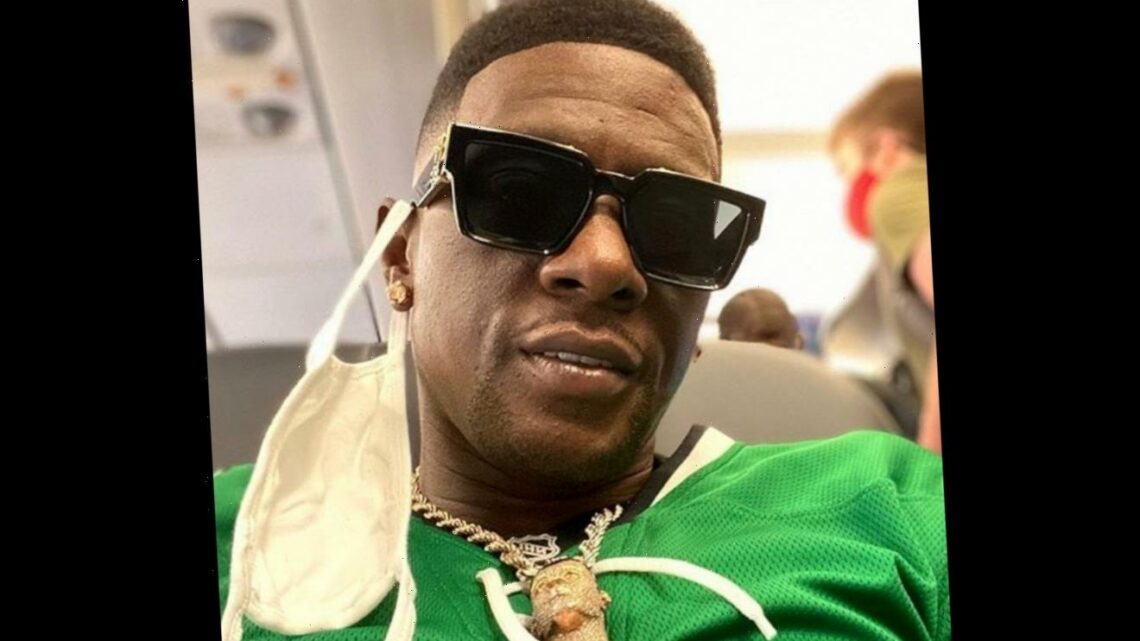 Boosie Badazz Hosting Thanksgiving Bash in Wheelchair After Getting Shot

Just days after informing his fans that he would need a third surgery on his injury, the Baton Rogue rapper turns up at a club in Charleston with his leg heavily bandaged.

AceShowbiz -Boosie Badazz (previously known as Lil Boosie) is still recovering from his gunshot wound, but he didn’t let it stop him from getting into the festive mood on Turkey Day. On Thursday, November 28, the rapper hosted a Thanksgiving bash at a club despite being confined to a wheelchair.

The Baton Rogue native turned up at the Exquis Event Center in Charleston, South Carolina on Thursday night, with his injured leg still heavily bandaged. In footage obtained by TMZ, the “Wipe Me Down” spitter seemed to be in good spirits, keeping the show going from his wheelchair.

Surprisingly, no one in the room appeared to be wearing a mask amid the ongoing COVID-19 pandemic, which reached its highest number in the U.S. with nearly 200,000 confirmed cases in a day last week.

He took to Instagram to announce the party one day prior. “Charleston SC I’ll Be On Stage Tomorrow Night I Need The Whole Chucktown In The Building Singing Word 4 Word get at @griseldablancojr For Tickets,” so he wrote on Wednesday.

Later on Friday, Boosie shared a video of him being pulled in a wheelchair on his Instagram page. It was seemingly taken on the same night of the Thanksgiving bash, as he was still wearing the same light blue jacket and jeans on top of a white T-shirt. “HAD TO GO GET THAT BACKEND. I missed 3 Backends LAST WEEK #sometimesismiletokeepfromcrying #HUSTLA #tracklife,” he captioned it.

Boosie is going to put on another show this weekend in Alabama. “WTF YALL THOUGHT I’m STILL PERFORMING @sideeffects_reloaded THIS NOVEMBER 28TH @1saturdays @prestonluccidavis @djyoke743 @heavyweight_ent TICKETS ON SALE NOW!! SECTIONS SOLD OUT,” he invited his fans to the party.

Just a few days before hosting the Thanksgiving bash, Boosie informed his fans that he would need a third surgery on his leg, which was injured during a shooting in Dallas on November 14. “2 Surgeries On My Leg and 1 More To Go #ShakeBack #4S**t,” so he tweeted on Tuesday, November 24.

‘Utopia’ Canceled After One Season at Amazon