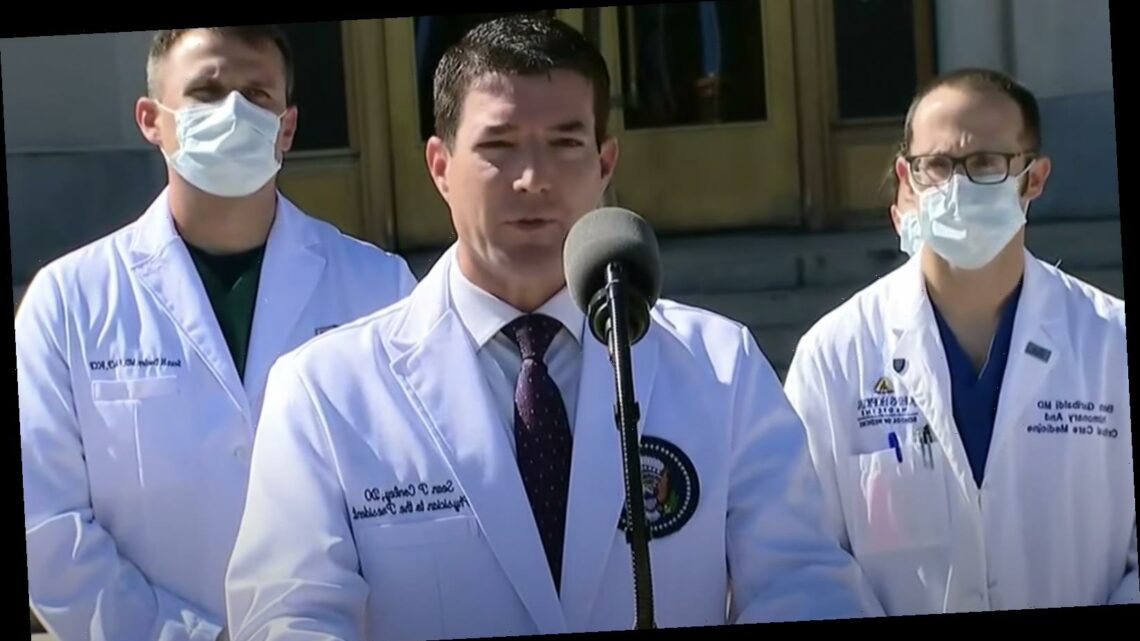 In politics it can be hard to take things at face value — after all, there has been a deceptive politician or two in this country’s history. But what about the doctors of politicians? Can everything they say be taken at face value, particularly when we’re talking about President Donald Trump’s health condition in the wake of his COVID-19 diagnosis?

On Saturday morning, the world got a chance to make that determination for themselves, as Trump’s personal physician, along with the team of doctors treating the president, gave an update on the status of his health. From the steps of Walter Reed Medical Center, Dr. Sean Conley, Dr. Sean Dooley, and Dr. Brian Garibaldi spoke on the matter — but it ultimately left viewers with more questions than it did answers.

Those who are looking for any clues they can get want to know what can be gleaned from the body language of these doctors, and body language expert and psychologist Dr. Reneé Carr, who is also a political and corporate advisor, spoke to The List about some of the telltale signs they displayed at the press conference.

Dr. Conley seemed to push away certain topics, according to body language expert

Dr. Carr revealed that Dr. Sean Conley appeared nervous at the press conference, saying, “He looked around to his colleagues for moral support, and as he began to speak, he attempted to self soothe by rubbing his fingers together. However, slight ‘stage anxiety’ is normal for persons who are usually behind the camera rather than in front of the camera.” She continued, “He remained nervous throughout the presentation – leg shaking and his fingers rubbing together as well as tapping the podium.”

One thing that seemed obvious to Carr was Conley’s body language around certain topics. “As he stated this morning the president is doing very well, he pushed his hands out as if he were tired of hearing the question and wanted to stop having to answer it. Pushing out of the hands is symbolic of pushing away the topic, someone’s comments, or pushing away the question,” she said.

Certain points were made to oppose other reports, says Carr

There were some things more obvious than others, like the emphasis of certain words to try to deflect from the truth. “By emphasizing that the president is not on oxygen ‘this morning’ it lets us know that he was indeed receiving oxygen [at some point], said Carr.

She also noted that these doctors are likely working overtime, saying, “As Dr. Dooley reviewed the tests completed, it appears the team conducted an exhaustive testing to measure all of President Trump’s functioning levels. By Dr. Dooley sighing deeply while recounting the type of test done, it shows that Dr. Dooley and the medical team at Walter Reed are going above and beyond normal COVID-19 testing and medical procedures to ensure the health and welfare of the president.”

One more point that didn’t seem like it needed to be made, but was: “By stating that the president ‘had no difficulty walking,’ this information appears to have been crafted to directly negate previous media comments about the president’s unstable gait. Typically, walking is not a function tested with the coronavirus,” Carr said.

Expert says the doctors were likely fed lines for the update

As for how much of the press conference was actually the doctors’ own words? Dr. Carr explained that several moments seem scripted.

She noted, “Dr. Dooley stated, ‘The quote that [Trump] left us with…’ By saying ‘quote’ instead of simply ‘he said,’ lets us know that the doctor was told to emphasize this statement from the president (or his press advisors).”

Likewise, Carr says that “Dr. Conley also appeared to have received soundbites from the president’s press team. Specifically, the doctor made it a point to emphasize that the president is cognitively functioning at a level high enough to complete the Medical Chief of Staff’s directives.”