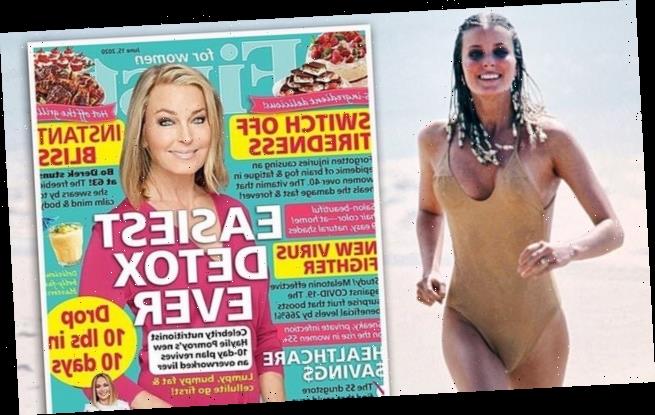 Seventies sex symbol and 10 star Bo Derek, 63, reveals secrets to reducing stress during a crisis (eating dark chocolate is one): ‘Comfort and joy are necessary’

Bo Derek has been feeling the stress from the pandemic and the riots.

And in the new issue of First For Women, the 63-year-old actress, who is best known for the 1979 movie 10 with Dudley Moore, reveals how she reduces stress all on her own.

The blonde beauty said spending time with her four horses, swimming and indulging in dark chocolate are some of the ways she feels better. 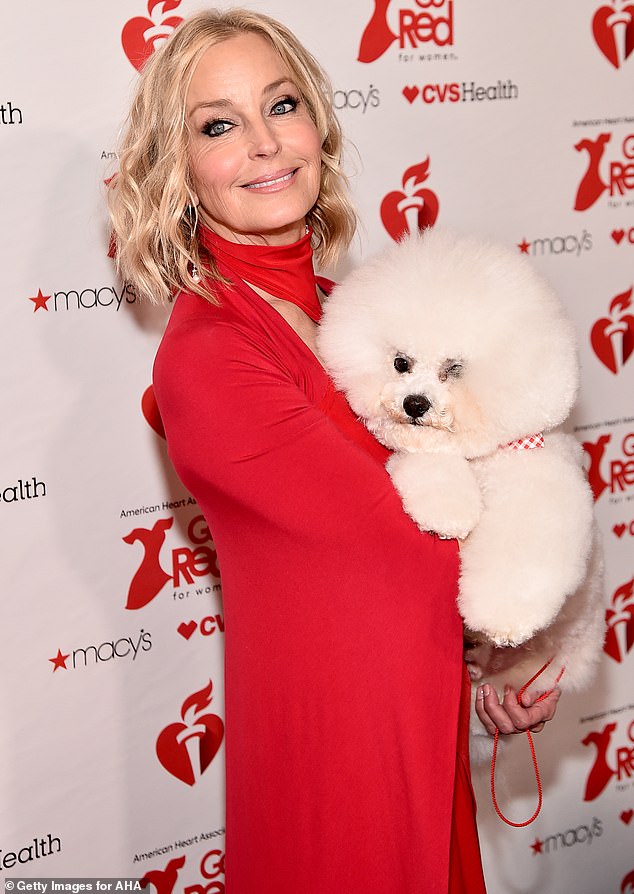 The year 2020 has not been easy: Bo Derek has been feeling the stress from the pandemic and the riots. Seen in February 2019 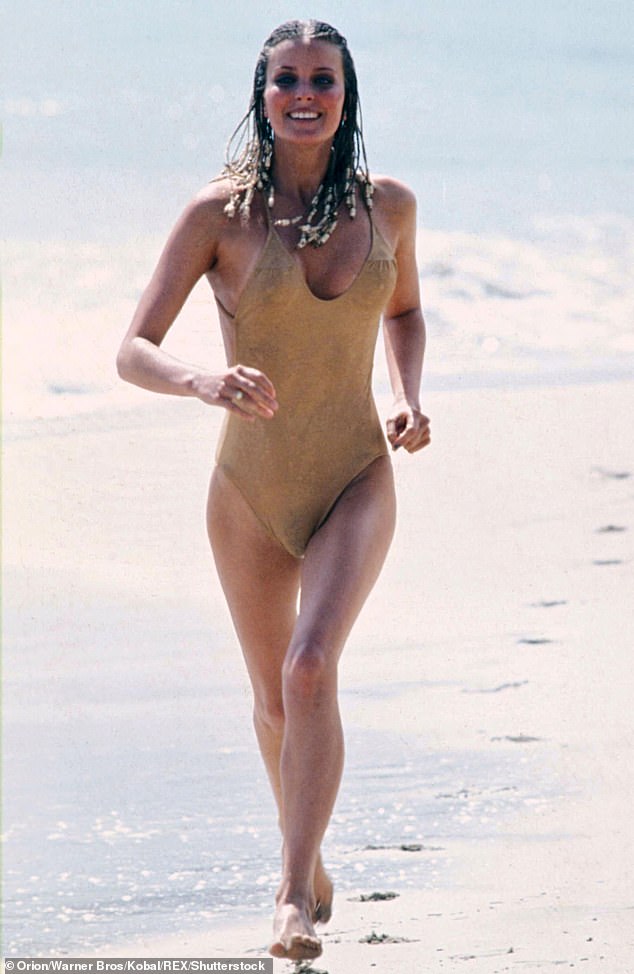 Lovely lady: The actress is best known for playing a sex symbol in the 1979 film 10

Every morning she wakes up when the sun rises to feed her four horses and three German shepherd dogs.

Then the Long Beach, California native has turned on the news and keeps it on.

The COVID-19 pandemic has been on her mind and she says she finds ‘comfort’ in learning more about the virus so she can stay safe. 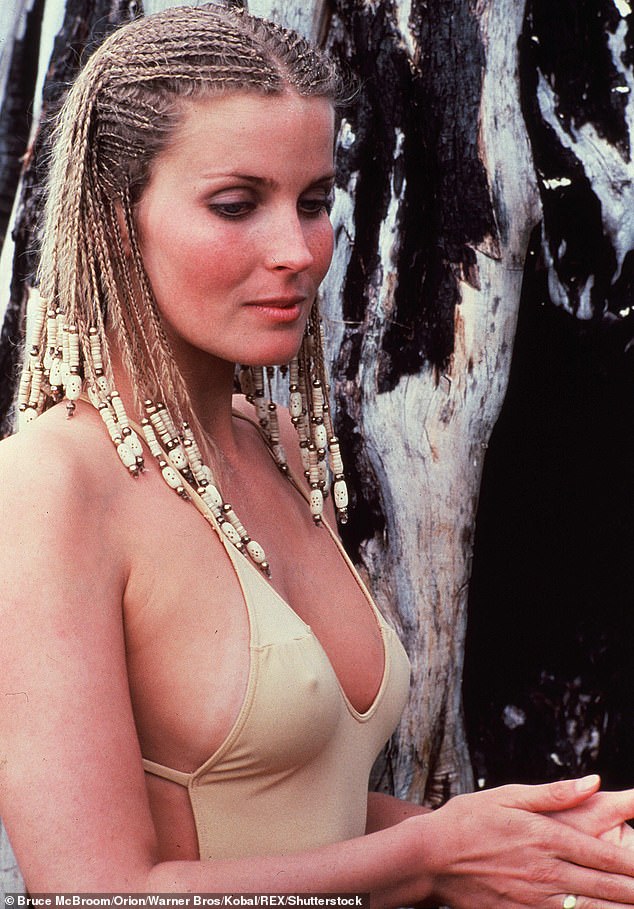 So 70s! The movie was about a middle-aged man (Dudley Moore) who falls for a temptress; the director was Blake Edwards 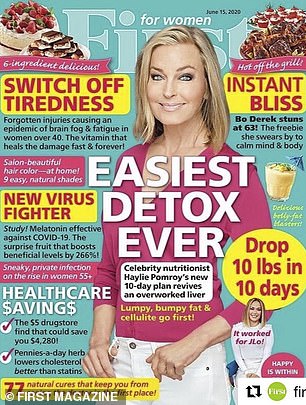 She appears on the June 15 cover of First For Women

As far as feeling loved during these hectic times, she says she relies on her animals.

‘Tending to the loves of my life, whether human or animal, brings me great joy and comfort, which at this moment is so necessary,’ said the girlfriend of 59-year-old Sex And The City star John Corbett.

‘Instinctively we communicate with our animals well,’ she added.

‘My horses and my dogs are a source of comfort for me.

”And although I can’t ride horses right now, I love having them in my life.’

Not being able to ride may have to do with her back surgery she had a ‘few years ago.’

These days she gets her exercise from swimming which she says has helped her back tremendously. 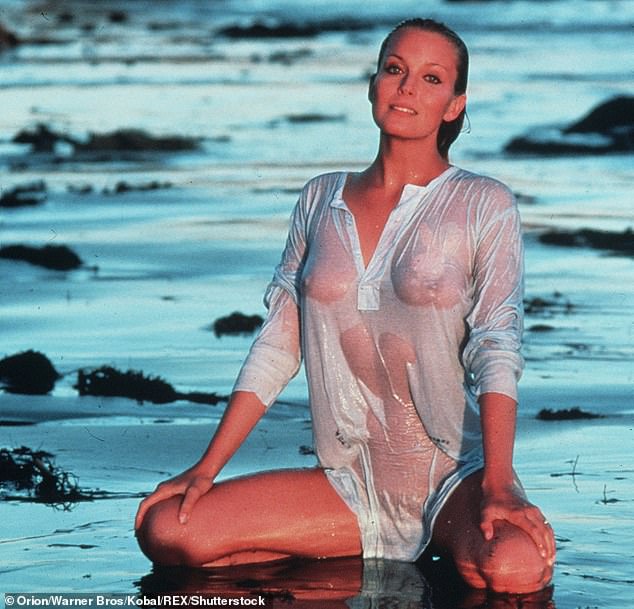 Another look at her film 10: Here the siren is seen in a wet white shirt on the beach

‘The surgeon said that if I got in the pool and gently swam a few minutes for 10 days, I wouldn’t have to go through physical therapy,’ she stated.

‘To my surprise it worked and changed me life!’

Every year she and her friends find a pretty place to go swim. ‘It’s a fun way to feel good and stay healthy.’

And she also listens to books; her latest is The Splendid And The Vile by Erik Larson about Winston Churchill. 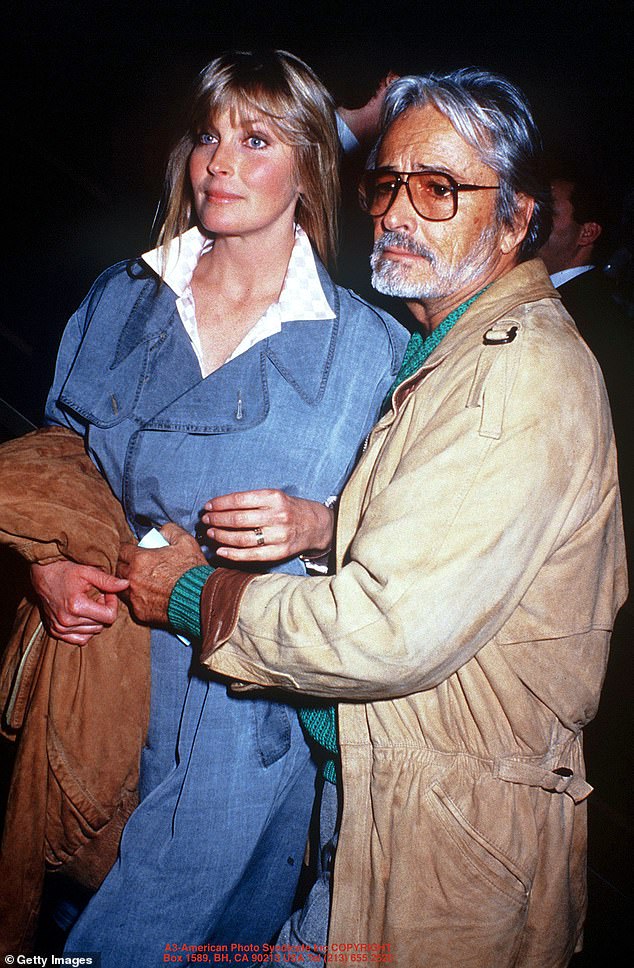 ‘When I stress about things going on with loved ones or uncertainty in the world, I escape into an audiobook.’

As far as eating chocolate, she it every night and has chosen a dark variety for her health because she has inherited her family’s high cholesterol.

And she thinks writing to-do lists calms her nerves: ‘I remember them better and get things done.’

Derek is an actress, film producer, and model perhaps best known for her breakthrough role in the 1979 film 10. 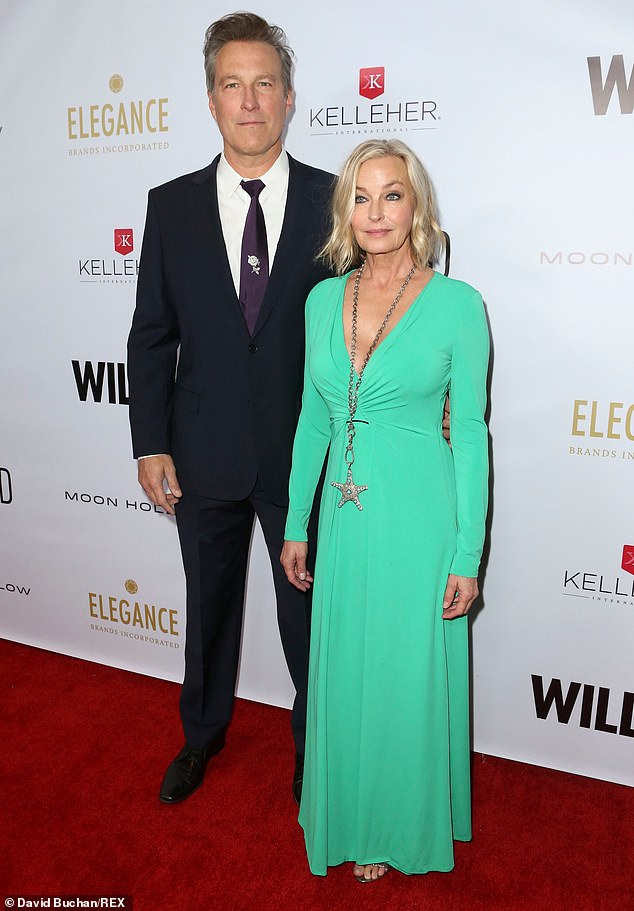 Her current love: Romantically, Bo is now in a longterm relationship with John Corbett, whom she met in 2002. Seen in November

That starring role also launched a bestselling poster for Derek in a swimsuit, and subsequently she became one of the most popular sex symbols of the 1980s.

Last year she was filming for the reality show titled celebrities With Heart and she recently appeared in JL Family Ranch 2, coming in 2020.

Outside of those projects, her last big screen appearance was as May in The Last Sharknado: It’s About Time and 5 Weddings.

Romantically, Bo is now in a longterm relationship with John Corbett, whom she met in 2002.

Their love story followed her marriage to American actor John Derek, who was 30 years her senior.

The couple tied the knot in 1976, marking Derek’s fourth marriage, and the lovebirds remained wed until his death in 1998.

Bo and John started seeing each other when she was just 16 and he was 50 as they shot a film called And Once Upon a Time in 1973.

Corbett is famous for his role as Aidan Shaw on HBO’s Sex And The City.

John Boyega Delivers Rousing Protest Speech: If I Don’t ‘Have a Career After This, F*ck That’
World News