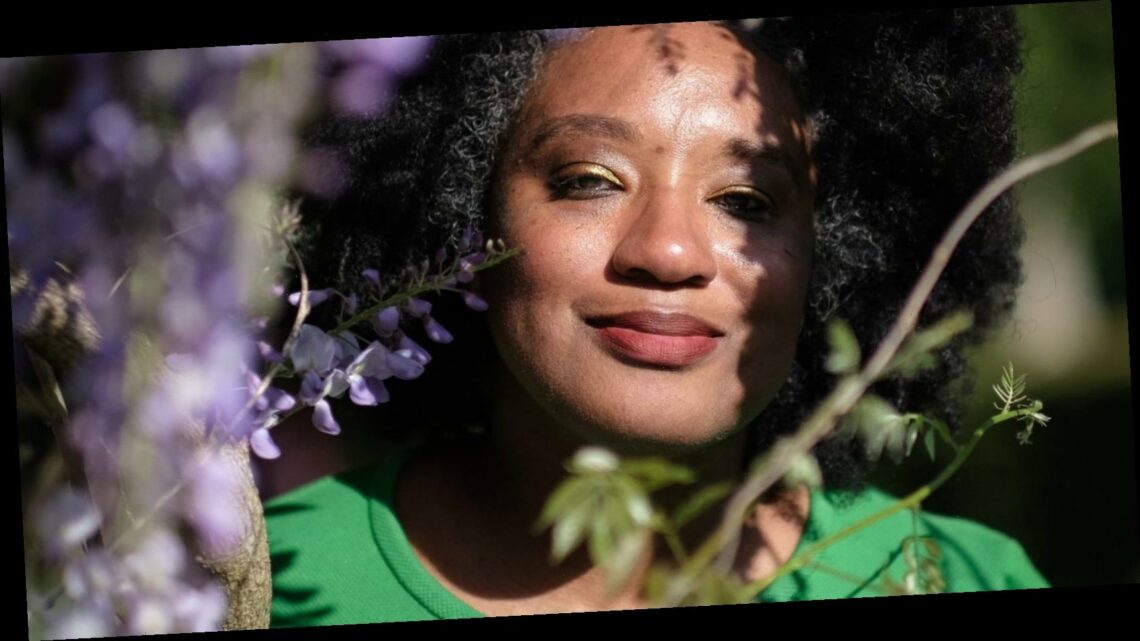 Black British activists share their hopes for the future

Guest editor and co-founder of the Black Lives Matter Global Network, Alicia Garza, wants to spotlight the most inspiring voices of change and hope in the UK. From Tanya Compass to Aja Barber, we asked Black British activists to tell us what they want for a better future for all of us.

Activism is one of the single most influential things to drive change in the world. Often when people think of the word “activism”, it’s associated with stereotypes, like strapping yourself to a tree or squatting for long periods. Don’t get it twisted, though, this form of resisting has brought about monumental shift – lookup Liz Obi if you’re not already familiar with her work.

Using your voice is an act of activism. It can start by sending a tweet asserting your concerns on an issue you feel isn’t fair, marching on the frontline at a protest, contacting your MP or engaging your local community. The nature of activism has changed so much over the years. Even just in the last few months following the murder of George Floyd in May, we’ve now seen that infographics on social media have become a new form of sharing knowledge and experiences, and amplifying issues to reach places they may not have before. It’s become even more evident just how imperative it is that everyone involves themselves in some form of activism if we want to see the world in a better place.

Someone who undeniably revolutionised campaigning for myself and so many others is Alicia Garza, co-founder of the Black Lives Matter movement.

Her sheer persistence and stamina in ensuring marginalised communities are heard is something every political leader should be implementing. Because, as Alicia told Stylist ahead of her guest edit, movements like Black Lives Matter aren’t just about police violence, they’re about engaging more people to lead the charge and change the issues affecting our lives.

Looking at activism through the eyes of the Black community is so crucial. We often feel that no one else in society will look out for us, so we have to do it for ourselves. When we look at the hashtags derived from the few months that have rocked many industries, such as #PullUpOrShutUp, #PublishingPaidMe and #BlackInTheOffice – all have been conceived by Black women. In many cases, the politicking pushed by Black women results in changes for everyone but the credit is often lost in the process.

We need to continue to magnify the voices of the Black community if we want to see the future that we want. Here, some of the inspiring people leading and championing change in the UK tell us what they hope to see when we get there.

After working in the charity sector for a number of years, Tanya noticed how it was failing to adhere to the needs of Black people, in particular those from the LGBTQ+ community. Taking matters into her own hands, the 27-year-old kicked started a beautiful event #QueerBlackChristmas where young QPOC could spend the festive season beset with love and joy instead of with homophobic parents or family members. Her contributions don’t stop there, during the coronavirus pandemic she founded an organisation Exist Loudly, a safe place for queer Black youth, for which she has raised over £110,000.

You probably saw Dr Shola go viral at the start of the year when she gave a perfectly crafted answer on how white privilege manifests itself on This Morning, but she’s more than a social commentator. She’s an attorney in New York and also a solicitor of England and Wales. She also teaches intersectional feminism to female refugees and asylum seekers. Dr Shola created Women in Leadership publication, where cover stars include Dawn Butler, Gina Miller and Shami Chakrabarti. In the midst of this all, she is also found co-organises women’s’ marches and social campaigns.

Dr Shola: “The dehumanisation and character assassination of the Black Woman must be eradicated by unequivocally rejecting the contrived identity thrust on us by the inferiority complex of White Supremacy. I see a future of giants rising – walking, working and winning in our truth and authenticity.”

When it comes to sustainability and how it intersects into feminism, racism and ethics, Aja is certainly a name that should spring to everyone’s mind. She’s been a leading voice in championing changes towards more conscious shopping habits. Using Instagram to vocalise her thoughts and promote change to her 200,000 followers, she has called out fast fashion brands that have used unethical labour and unsustainable practices, while also advocating for Black women along the way.

Phyll Opoku-Gyimah, most commonly known as Lady Phyll, is one of the pioneers who has been working tirelessly in order to increase the visibility of ethnic minorities within the LGBT+ community in the UK. She co-founded the UK Black pride in 2005 when its first event took place in Southend, Essex. She has received numerous awards for her work but in 2016 she publicly refused an MBE due to colonial regimes. She is now a trustee at Stonewall and sits on the Trades Union Congress race relations committee. In addition, Kaleidoscope Trust appointed her as executive director.

Lady Phyll: “My hope for the future is intimately tied to my hopes for Black British Womxn, who for too long have provided the unacknowledged blood, sweat, tears, love, nurturing and labour that has uplifted our communities and the citizens of this country. I hope our future is one of celebration and rest, protection and respect, and that the historical, present-day and future contributions of Black British Womxn are given their rightful place in the stories Britain tells about who it is — and could be.

“I hope that one day we can hold our sons, sisters, siblings and selves gently, tenderly and without fear of erasure or death. I hope our future is one where Black joy exists in such abundance that we may finally begin to heal.”

On 1 June, Agnes along with her friend Annie Nash originated Black Minds Matter, a much-needed initiative that will provide 12 weeks worth of therapy to over 340 Black Britons who cannot afford the service. Just 48 hours into launching, they had raised £70,000. Agnes said they started the campaign after noticing that “people are expressing a lot of trauma – the issue with George Floyd has been deeply triggering in our community.” Working as a mental health support worker, she’s far too familiar with how cost can be a massive barrier to entry for mental health.

Agnes: “My hopes are to change the quality of mental health services available to Black people in the U.K. by addressing and tackling ways in which structural racism affects our health care system. I pray that Black British Women will be elevated and greatly compensated emotionally and financially for the various roles and responsibilities we take on in society.”

Temi has been fighting for racial justice since she was a teenager. At just 19-years-old she set up The 4Front Project, an organisation empowers young people and communities to fight for justice, peace and freedom, particularly those who have been impacted by violence. For her youth work, she was recognised by Forbes in 2017, appearing on their 30 Under 30 – Europe – Social Entrepreneurs. She studied law at university, which has enabled her to use her legal background to produce and deliver legal education programmes devised to support marginalised young people.

Temi: “My hopes are that Black British Womxn can access the healing, care and support we need to thrive. In so many ways we are at the forefront of this movement. We are hypervisible and yet our own struggles are often invisible. My hopes for the future include a successful reimagining of what justice, peace and safety mean. Only then will we be closer to freedom.”

Conversations With Friends is the title of a short film produced by the talented Elyse, in which she spoke about her experience with depression for the first time. It gained an overwhelming response, which led her to create Sad Girls Club, an Instagram platform and community that creates safe spaces for women of colour to speak freely about their mental health. The organisation has over 1,000 members who experience meditation retreats, group art therapy, and poetry slams and so much more.

Elyse: “I want Black womxn to trust their power, strength and resilience. To exist in a world where the future best serves us we must take time to heal our wounds (both physically and mentally). Understand that you deserve compassion, you deserve to be heard, you deserve nothing less than the absolute best.”

Sadie is an incredibly charming entertainer who performs effortlessly to R’n’B, Blues and Neo-soul. But during her gigs, she found there was a missed opportunity for a space dedicated to queer artists of colour to feel empowered. Now she curates The Cocoa Butter Club, a platform that allows people of colour to explore their sexuality and sensuality. The space Sadie created allows artists to feel free to do burlesque, spoken word, sing and vogue. In just one year, the club has grown tremendously and will be opening up another branch in Sydney, Australia.

Sadie: “My hopes are to continue to ‘decolonise and moisturise’ performance spaces. I want everyone to know Black British art is valid, simply because it is created – it has its own style, its own history and of course, its own future. Black British Womxn deserve to take up space; fearlessly and together, there is space for each of us; we can have more than one Black womxn of the season. I hope we continue to raise each-other up; camaraderie, not competition.”