Home » Celebrities » Billie Eilish on Being Slut-Shamed Over Big Boobs: That Is Stupid 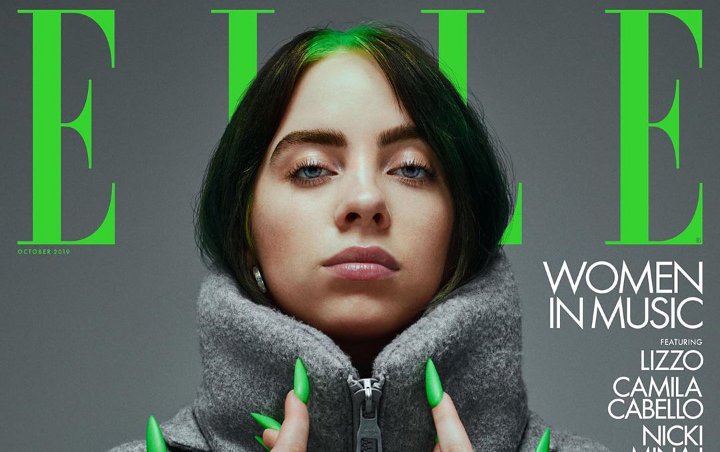 Billie Eilish on Being Slut-Shamed Over Big Boobs: That Is Stupid

Speaking to Elle magazine about the fuss surrounding her breasts, the ‘Bad Guy’ hitmaker recalls the time she was told by a close male friend to wear a big shirt during a FaceTime call.

AceShowbiz –Billie Eilish is sick of being slut-shamed because she has “big boobs”.

The 17-year-old went viral on social media back in June, when she was photographed climbing off her tour bus wearing a tank top to greet fans outside. But the star, who is known for wearing loose items of clothing, doesn’t understand what all the fuss is about.

“My boobs were trending on Twitter!” the “Bad Guy” hitmaker told the October issue of Elle U.S. magazine. “At number one! What is that?! Every outlet wrote about my boobs!”.

The singer went on to share her breasts have always been an issue, even with close pals, adding: “I was recently FaceTiming a close friend of mine who’s a dude, and I was wearing a tank top.”

“He was like, ‘Ugh, put a shirt on!’ And I said, ‘I have a shirt on’,” she continued. “Someone with smaller boobs could wear a tank top, and I could put on that exact tank top and get slut-shamed because my boobs are big. That is stupid. It’s the same shirt!”.

“It makes me mad. I have to wear a big shirt for you not to feel uncomfortable about my boobs!” the “Bury A Friend” star added.