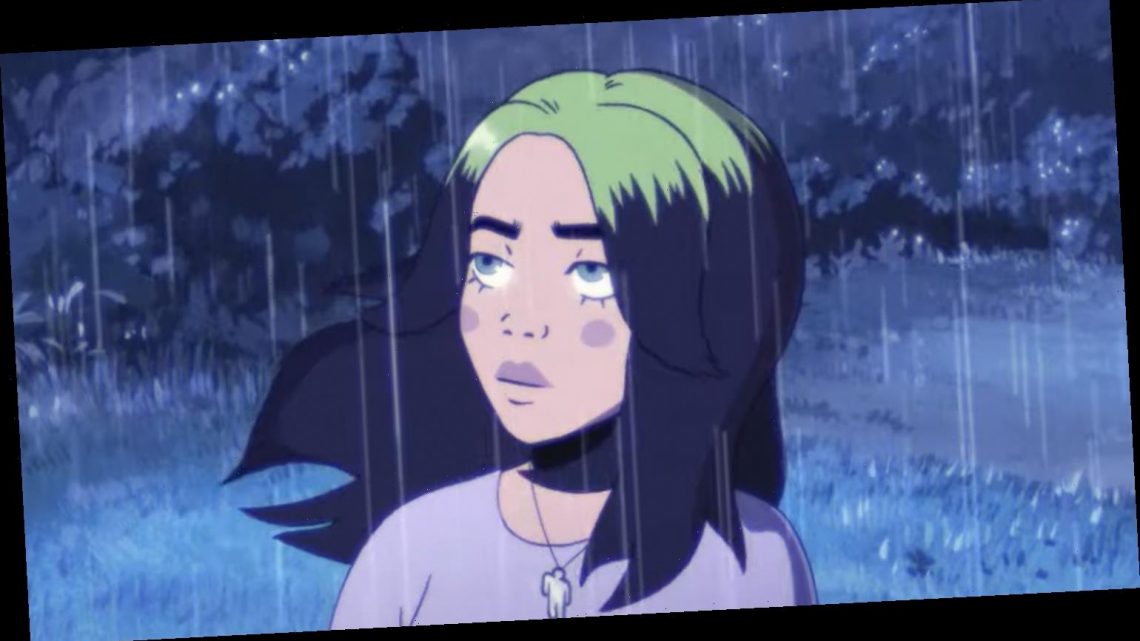 Billie Eilish has premiered her new song “my future“, along with the music video!

The 18-year-old musician got turned into an animated version of herself for the visual.

Billie also opened up with Apple Music about the process of making the song.

“This was such a satisfying process. It was so, so satisfying. We wrote the song in two days. That’s crazy fast for us,” Billie said. “I mean, to be honest with you, lately, kind of been like that. It’s kind of been… We just going, so it’s been great. It’s like, this is the most we’ve ever worked in one period of time. But we record, we wrote it like a month into quarantine probably. And it was pouring rain. We were in this like… Oh, it was such a perfect setting. Then we recorded the vocal in Finneas‘ studio, which is just in his basement in his house. And I don’t know, there was… It actually took a lot… For me, I’m sure you know, I take forever to get a vocal take that I like, and I do different takes.”

“And this one… I just, I don’t know, there was something about this one take that I did, and I was like, ‘This is the only way that it can be,’” she continued. “And then, you know what was funny? It was, we were kind of stuck for like a day. We were like, ‘What the f-k do we do here? What do we… Where does this go?’”

“And we were actually… This is so crazy. But we were actually like, I was about to leave. I was like, ‘I don’t think we’re going to get anything done,’” Billie added. “We had the song recorded, but we didn’t have, we didn’t know what to do with it. We popped in the pool. We got out of the pool, and I was literally going to go home. I was like, ‘Let’s just f-k around with it a little more.’ And we finished the song that night, like finished completely. It was crazy. It was so satisfying.”