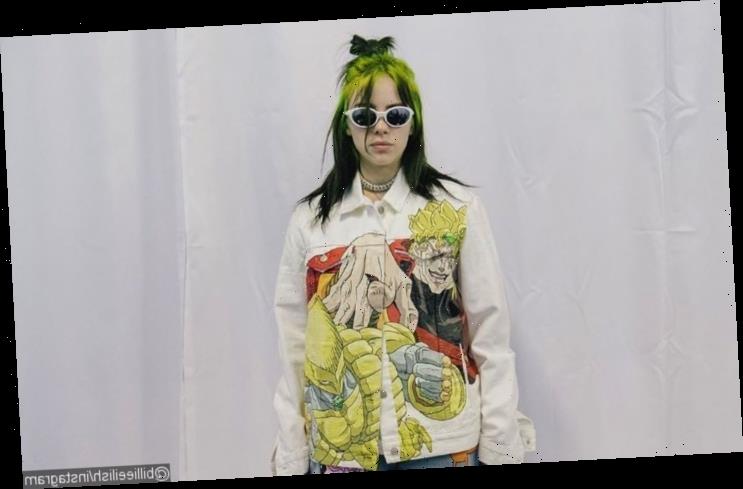 Aware that many have issues with any change to her signature baggy look, the ‘Bad Guy’ hitmaker admits she just cannot win against trolls criticizing her wearing tank top and bathing suits.

AceShowbiz –Billie Eilish just wants to feel comfortable in her own skin without being judged by anyone. Having been found herself being body-shamed for wearing tank top and bathing suit, the “Bad Guy” hitmaker fired back at trolls claiming that she has changed her signature baggy look.

In a new interview with Dazed magazine, the 18-year-old rising star discussed how people tended to slam her for anything. “If I wore a dress to something, I would be hated for it,” she confided. “People would be like, ‘You’ve changed, how dare you do what you’ve always rebelled against?’ I’m like, ‘I’m not rebelling against anything, really.’ “

“I can’t stress it enough, ” the Grammy winner continued on. “I’m just wearing what I wanna wear. If there’s a day when I’m like, ‘You know what, I feel comfortable with my belly right now, and I wanna show my belly,’ I should be allowed to do that.”

The “No Time to Die” songstress further addressed the backlash that came after she posted photos of her in bikini on Instagram. “I saw comments like, ‘How dare she talk about not wanting to be sexualized and wear this?!’ ” she recalled. “It was trending. There were comments like, ‘I don’t like her any more because as soon as she turns 18 she’s a whore.’ Like, dude. I can’t win. I can-not win.”

During the chat, the “Lovely” songstress admitted she herself had a hard time embracing her own body. “There was a point last year where I was naked and I didn’t recognize my body ‘cos I hadn’t seen it in a while,” she spilled. “I would see it sometimes and be like, ‘Whose body is that?’ “

Nevertheless, the younger sister of music producer Finneas was quick to ensure fans and followers that she has since learned to slowly accept her body. “It’s not that I like (my body) now,” she stated, “I just think I’m a bit more OK with it.”

Back in January, Billie surprised many when she included a photo and video of her in bikini in an Instagram post of her Hawaiian getaway. Always been known for her oversized T-shirts, she previously stated, “I never want the world to know everything about me. That’s why I wear baggy clothes.”